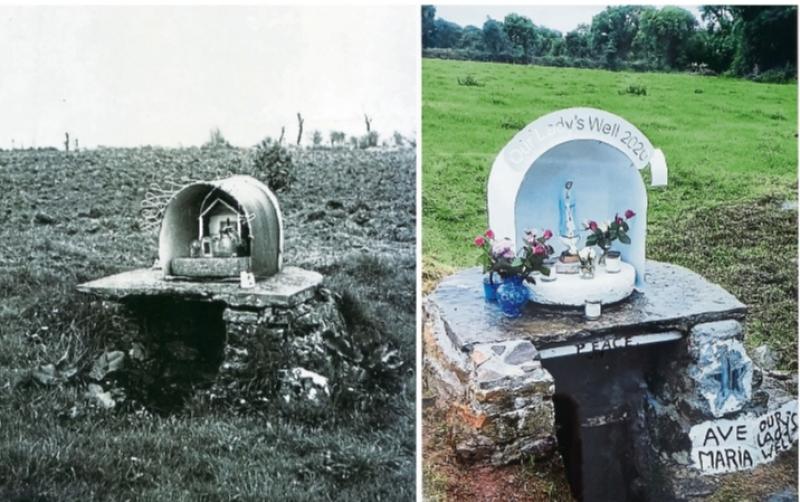 Before and after: The holy well in Oola needed a massive clean-up effort after years of neglect

LOCALS in Oola have restored a holy well that has been claimed to cure ailments for hundreds of years.

Members of the local community in Ballylahiff decided to restore Our Lady's Well after it had fallen into disrepair in recent years.

The well has been a place of pilgrim for many years with people travelling from all over on August 15 every year to be 'cured' of ailments such as sore eyes, throat problems and toothache.

A shrine was built at the well in 1920 featuring a stone wall, a round millars stone and a statue of the virgin Mary.

The well is situated in a field with one local poetically saying: "This corner of the universe is so rich with peace, a new stream begins at the well, its rippling sounds in harmony with this tranquil valley."

In recent years the number of pilgrims visiting the well has dwindled and it fell into disrepair.

However, last year some locals decided to repair and restore the site, the surrounding wall was rebuilt and a new canopy of steel replaced the old one.