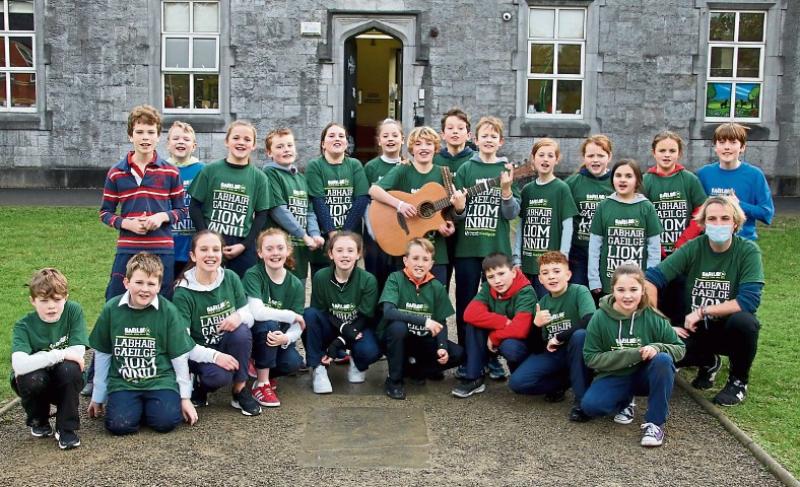 A LIMERICK City school expressed their excitement for Ed Sheeran’s upcoming concerts by performing his latest hit single “as Gaeilge” as part of their annual Irish speaking day.

The Model Primary School on O’ Connell Avenue took part in Gaeilge 24, an initiative from Conradh na Gaeilge, which is an organization that promotes Irish language speaking in Ireland and abroad.

“It is to promote Irish speaking for 24 hours, not just in the class or as a school subject, it’s for the students to carry forward and use within the community and public for 24 hours.

“I started it in the school three years ago as a way for children moving on to secondary school to get them in the habit of using Irish more frequently and not just seeing it as something associated with the school,” fifth class teacher Bríd Nic Risteaird told the Limerick Leader. 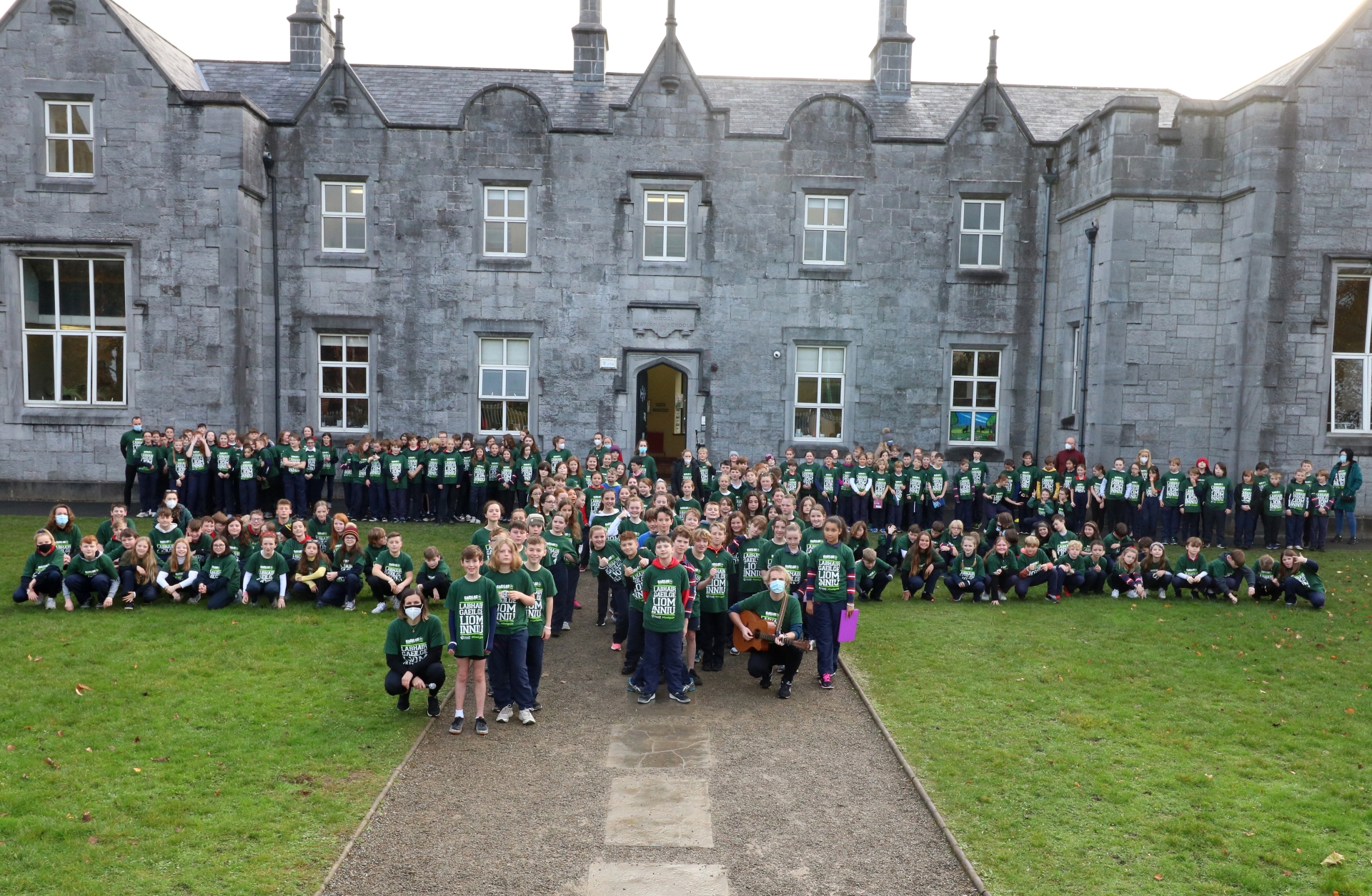 The emphasis of the day is on having fun and taking part in activities. Last year the school performed Blinding Lights by The Weekend but this year the aim was to “put an Irish spin” on Ed Sheeran’s chart topper Bad Habits, which includes the school’s name and their love for Irish, Bríd explained.

Sitting down with fellow teacher Stiofán Ó Fearáil from the Irish speaking band Seo Linn, the pair put their heads together to muster up the lyrics ‘as Gaeilge’ for the song, knowing that many of the students will be attending the concert in May of next year.

The day was also organised to promote positive mental health, with children at An Mhodh Scoil taking part in a HIIT class, a yoga session and mindfulness breathing exercises.

She added that the school are extremely proud of the Irish language, it’s importance and love to instil that same passion in the children as they pass through the ‘ranganna.’ 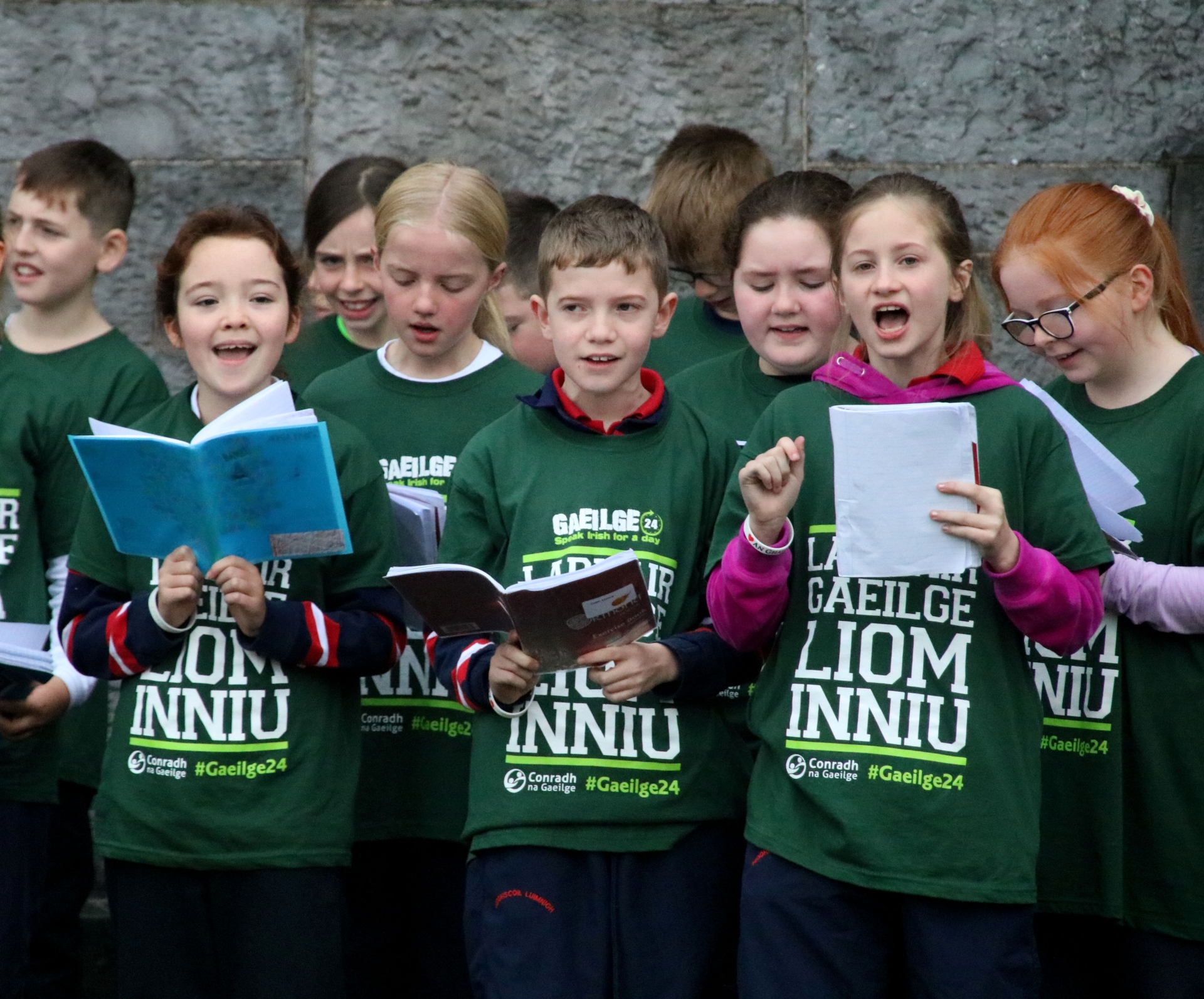 “It was so fun to see the children view another side to the language that wasn’t just about getting down to learning verbs or writing out long difficult sentences.

“It is an important part of our identity and culture and it’s just so beautiful that the children can speak it so well and take it with them when they leave the school,” she concluded.