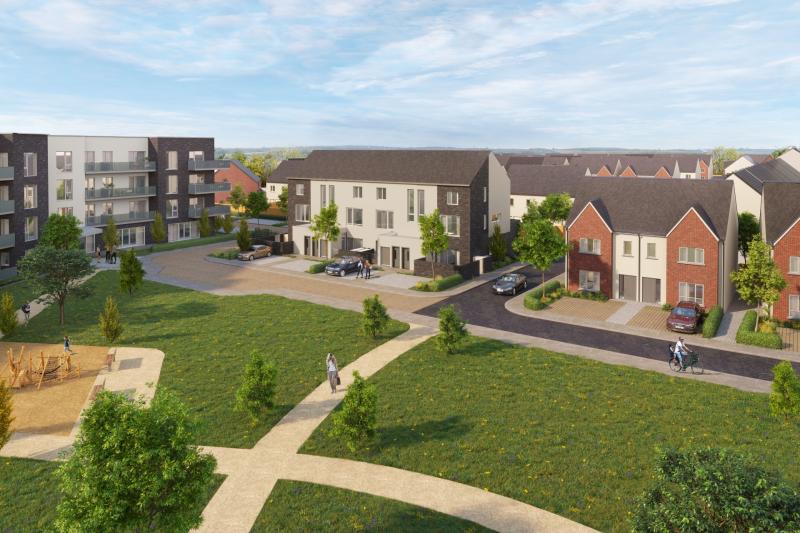 DEVELOPERS have lodged a fresh planning application to develop on a long-idle patch of land in Limerick.

As exclusively revealed by the Limerick Leader, Voyage Properties is seeking to transform the former Greenpark Racecourse site, which has lain idle for 20 years.

The firm's initial application to build 287 units was deemed to require more consideration and/or amendment after meetings between the developer and An Bord Pleanala.

Now, Voyage Properties has returned with a fresh application for 371 new homes - with the possibility of eventually, up to 800 living spaces in various stages.

The project will see a mix of one, two, three and four bedroom houses, apartments and duplexes, with a spokesperson for the developer staying that it is "part of an overall masterplan that has been developed for the Greenpark site and will breathe new life into the area."

"It will offer every generation the opportunity to live and work close to the city centre and the Crescent Shopping Centre. It will involve the provision of vibrant green spaces where people can exercise and enjoy nature, and result in the transformation of a derelict site which has caused problems in the past for local residents with anti-social behaviour," said a spokesperson for Voyage Properties.

As part of this scheme, a new access road will be constructed to link the site to the Dock Road. Previous applications for housing on this site have sought to provide a link from the South Circular Road, which have caused them to be rejected over traffic concern.

Explaining the increase from 287 homes to the current total of 371, the firm said: "This was done after giving due consideration to the sites prime location adjacent to the city centre and national planning policy requirements surrounding density and housing mix, as highlighted by the Board in its pre-application response. Given the vast nature of the site, the increase has been accommodated without compromising the green open space which forms an integral part of the new community and all homes will be accessed from the Dock Road.”

Since more than 100 homes are planned, the development has been fast-tracked to An Bord Pleanala under legislation designed to speed the delivery of accommodation.

However, at today's metropolitan district meeting, councillors were appraised of the project, and invited to make a submission.

Independent councillor Elisa O'Donovan said: "I noted on the environmental report, it speaks about nine mammals present on the site excluding livestock. We know there are horses grazing on this site over the years and currently. I'm just wondering what is going to happen to the horses? There's a lot of wildlife and habitat in Greenpark. There are a lot of frogs and frogspawn, and we must be cognisant of what may be displaced."

She was told by council official Nuala O'Connor the environmental study accompanying the application had been "robustly prepared".

A number of councillors raised concerns over affordable housing.

In response to this, Ms O'Connor said she would expect, if the project gets the green light, a condition would be attached that any homes would only be sold to individual buyers, as opposed to corporate entities.

Labour councillor Joe Leddin said he hopes environmental concerns will not "sterilise" any future development of the site, pointing out the huge size of it.

"Suffice to say, Greenpark offers substantial potential to meet the housing needs we have as a growing city. Each and every one of us as elected members is asked every day about housing or the option to buy or rent. Here we have the opportunity to support a development like this," he added.

Mayor Daniel Butler said the developer will need to have a "very robust site security plan" pointing out the anti-social behaviour which has taken place there in the past.

He also cautioned against the practice of "phasing".

An Bord Pleanala is due to decide on the project by early February.