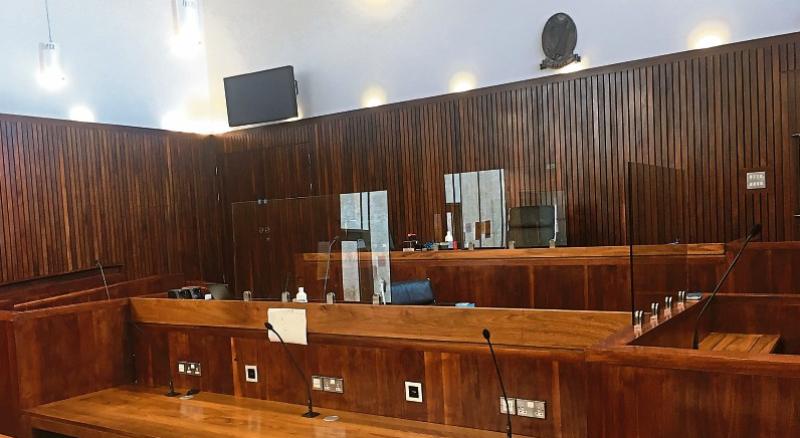 CRIMINALS with multiple previous convictions should not be able to avail of free legal aid ad infinitum, believes a local coucillor.

Cllr PJ Carey was speaking at a joint policing committee meeting of the Cappamore-Kilmallock Municipal District.

Cllr Carey said he knows it is a constitutional right that you can get free legal representation in criminal proceedings if you are of insufficient means. However, the Kilmallock-based councillor said there are criminals with multiple convictions getting free legal aid.

“Victims of crimes have to pay legal fees. Anybody found guilty should have to pay their solicitor,” said Cllr Carey.

He believes it would be a “big deterrent” to criminals if they knew they were going to have to pay their solicitor if found guilty of an offence. Cllr Carey said the millions upon millions spent every year on free legal aid would be much better put into housing and hospitals.

The Independent councillor said County Limerick has two ministers for State and a TD who should be raising this.

In reply, Bruff Superintendent Paul Reidy said legal aid was a matter for the courts.

“There is legislation to determine it. A solicitor applies for legal aid and the judge decides. It is not a function of ours,” said Supt Reidy.

Cllr Eddie Ryan said he raised this back in 2016 when he brought a motion calling for a limit on the “amount of free legal aid available to offenders who repeatedly offend”. He cited a case where one person with 212 previous convictions was given free legal aid.

“It is time to look at this and say this can’t continue. This system is broken and must be looked at,” said Cllr Ediie Ryan back in 2016.

Barrister and independent councillor Emmett O’Brien was first in to back the motion pointing out that free legal aid was costing €60m a year.

Anybody could get in trouble with the law once, he pointed out and he had no problem with free legal aid in those situations. But he argued it was “incongruous” that repeat offenders get aid and he believed that those receiving state benefits should make a contribution, at the very least.

At last month’s meeting, Cllr Ryan said he got “overwhelming support” from fellow members but that’s the “system you are trying to fight”.