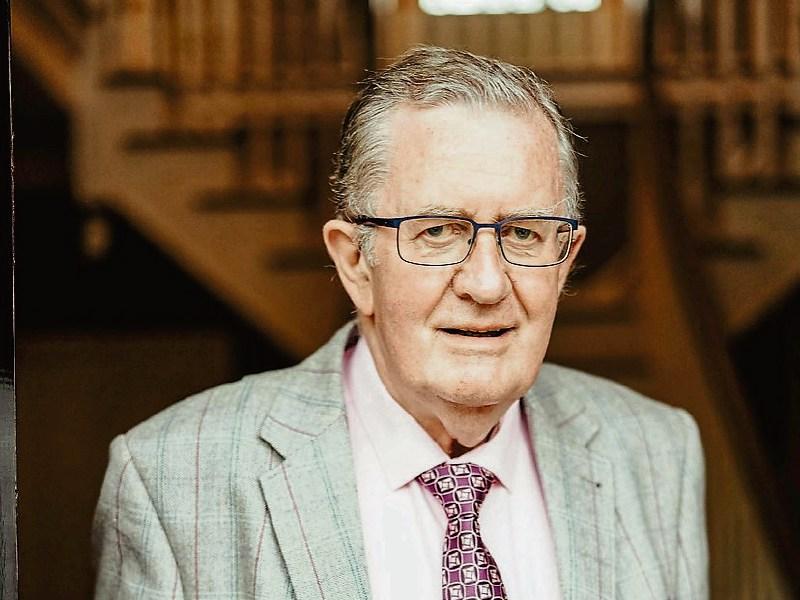 A NEW book about Askeaton, which has  just been launched, offers a rich seam of information, as well as many glorious nuggets, about the town which claims to be the second oldest in Ireland.

The book, Askeaton Town, Ancient, Modern and Social History is by Askeaton native, Paddy Cronin, who has several books about his home-place already under his belt. But this latest volume comes spiced with a special determination.

“In 2018, I was diagnosed with Parkinson’s,” Paddy explained ahead of this week’s launch. “I said to myself, I am not going to let this thing get me. Then the pandemic came and between the pandemic and Parkinson's, I decided I would redo my 1995 book The Auld Town.

That book sold out very fast. But rather than redo it, I thought I would bring in more of the history.” He was also keen to bring in the element of social history.

The book brings together many of the threads from Paddy’s previous books but also introduces new information and all are happily presented in bite-sized pieces that make it ideal for dipping into.

“I see it as a research tool into the history of Askeaton,” Paddy continued. His hope is that it will inspire others to delve deeper into that history.

The book traces the stories behind many of Askeaton’s historic buildings: the Desmond Castle, the Hell-Fire Club, the Franciscan Abbey and the Knights Templar Tower.

But many of the stories are told by way of found artefacts: the Viking sword discovered in the River Deel; the 17th century musket balls found in the town’s Green or the hoard of medieval coins found in September, 1964 by Jim O’Donoghue when he was clearing land for a farmer in Moig South.

The hoard of 86 silver coins were found in a cleft in the limestone rock under a whitethorn bush and are now to be found in the National Museum. The museum is also the home of the Askeaton Madonna, which has been described as an “extraordinary work of art”, dating most likely from the mid-1400s.

Shops, pubs and businesses, both past and present, get a look-in along with Askeaton’s tradition as a port-town and there’s generous nod to the men and women of talent who came from or had links with Askeaton.

Film star J Carrol Naish was the son of an Askeaton emigrant while artist Seán Keating and his politician son Justin Keating had roots in the town’s Mussel Lane. Also featured is singer/songwriter Christy Moore who spent his early working days in the then National Bank, Askeaton and his nights singing and enjoying music in local hostelries. Another singer/songwriter, Emma Langford, has links to Askeaton through her mother.

Askeaton’s sporting heroes are featured, along with others with notable achievements, among them Mai Collins, who in 1966 was the first woman in Ireland to sit on a county board. Her evocative and atmospheric story is retold in a long excerpt from a Limerick Leader interview.

The final chapter in the book contains facsimiles of pages written by Askeaton schoolchildren for the Irish Folklore Commission 1937-1939, bringing a link with the 19th century into 21st century Askeaton homes.

The book, which was launched virtually on Thursday, will be on sale locally and in O’Mahony’s bookshop for the modest price of €10. All proceeds, Paddy Cronin said, will go to the Askeaton Civic Trust.

The book was funded by Limerick City and County Council’s General Municipal Allocation through the offices of Cllr Kevin Sheahan who says he hopes it will act as a trigger to others to write their stories about the parish and the people of the parish. “There is an abundance of material in the community,” he said.