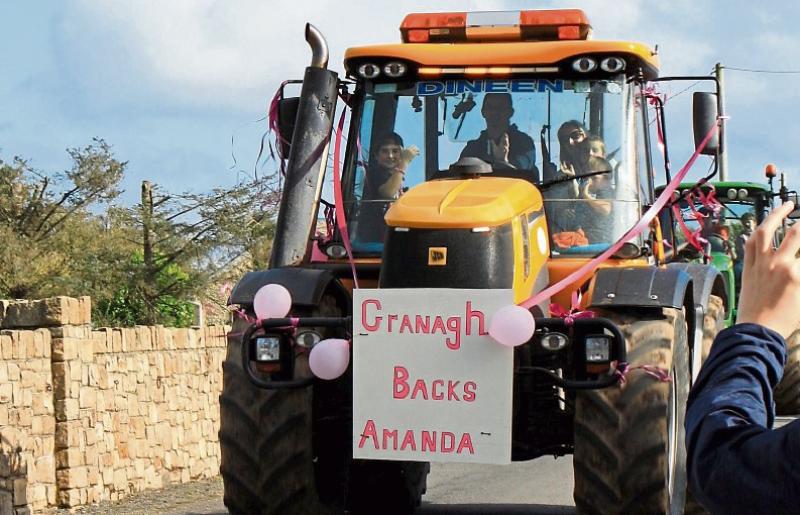 IT WAS a day to remember: a day which brought out people in their hundreds; a day when generosity and goodwill were the passwords and a day which will not be forgotten for a long, long time by the people of Granagh and by the Tierney family in particular.

On Sunday, October 24, Granagh did indeed live up to its slogan of ‘Granagh Backs Amanda’ and raised over €70,000, money which is to be shared by Amanda Tierney and her family and used to help other individuals or families in the future.

The story of Amanda, the 32-year-old mother of four, clearly struck a chord, not just with the small, rural community where she lives, but with the wider community, with people coming to Granagh from all over Limerick to show support.

“It was amazing,” said Mary O’Regan, PRO for Granagh Development Association whose members, along with dozens of other volunteers, pulled out all the stops for a whirlwind day of fund-raising.

Granagh had never before seen anything like it. It began in early morning, when runners from the North Cork A.C. turned up for a fast, 5km run, and numbers grew through the day.

There were 170 tractors registered for a run, along with over 40 trucks, and scores of cars and bikes. Some 125 people took part in a walk and 10 cycling clubs arrived from their home-base to whizz through Granagh in support, and to enjoy their promised cup of tea.

The cakes, buns and tarts donated for the massive cake sale, disappeared very quickly, Ms O’Regan explained, and anything left was gratefully gobbled up by the tractor drivers.

The well-publicised raffle was a thing of two halves: the first included 86 prizes, made up from well over 100 donated prizes.

“Then we had to have a second raffle,” said Ms O’Regan. This was a replica Mercedes Benz ride-on truck, remotely controlled, for three-10 year olds, a prize that made children and children-at-heart smile in anticipation. 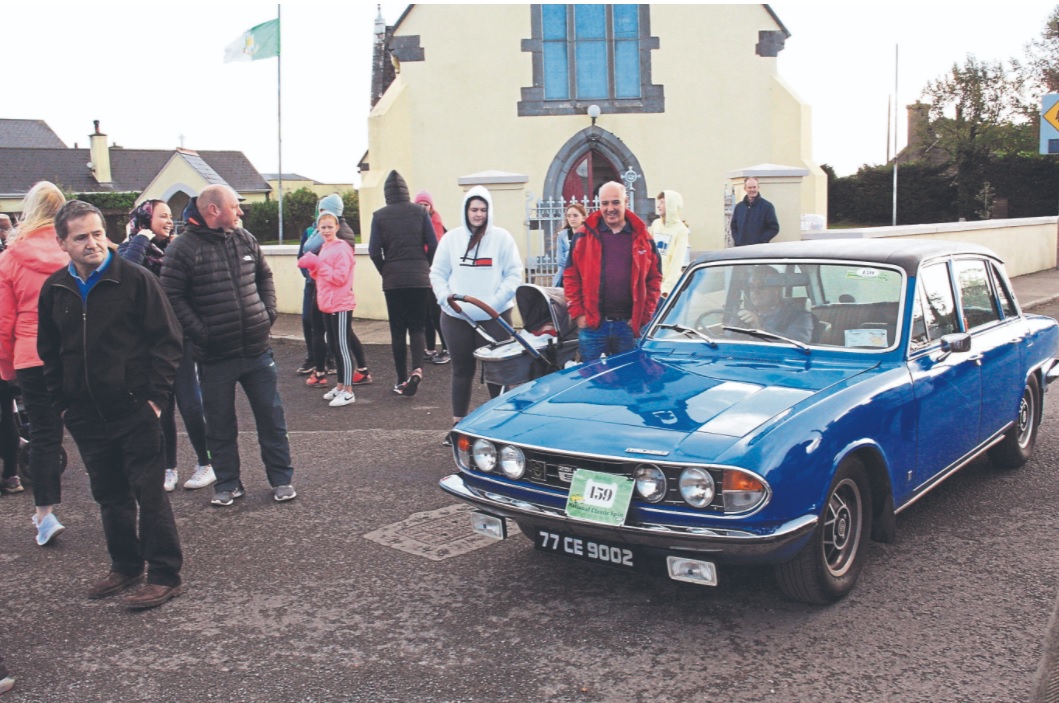 To round off the day, there were also two auctions. “We got so much stuff we had to divide them in two,” Ms O’Regan continued. Among the many lots auctioned by Jimmy Chawke was a signed Limerick jersey which generated huge interest and which raised €1,500.

Then came the Fun Raffle, where eight lots, with a guarantee of at least €150 vouchers inside each. But at least one bidder got the fright of his life when he opened his envelope, for which he had paid €250, to find just two balloons. “She’ll kill me,” the poor man said.

It was, happily for him, a bit of a spoof and he was later presented with his vouchers.

The money raised will be given as support to Amanda and Daniel Tierney, as Amanda continues her treatment for breast cancer.

Staff at Limerick-based pharmaceutical company do good for local communities