Plan for 25% increase in rural bus services for Limerick 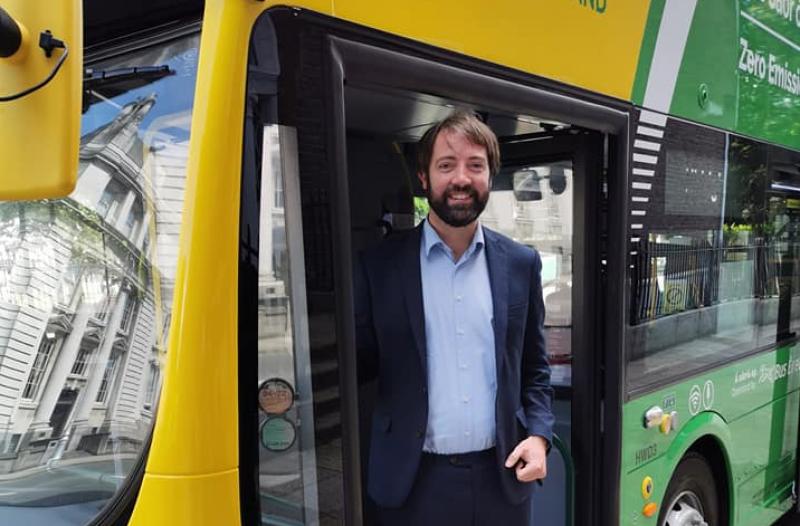 Deputy Brian Leddin said it would be a 'radical increase'

"The plans involve a new two-hourly service from Limerick to Kilkenny; a new 30 minute frequency between Limerick and Abbeyfeale, Cork and Galway, and an hourly frequency to Waterford, Killarney and Tralee.

"The service serving Newport, Doon and Cappamore will be extended to serve Cashel, and villages such as Tournafulla, Athea and Mountcollins, which were not served by a timetabled bus route before, will now get three timetabled services a day," said Deputy Leddin.

The Green Party TD noted said this is a "radical increase in rural public transport".

"It’s an increase that the Green Party fought very hard for in negotiations to enter government. In reality however, it’s only the first step. Rural public transport has been neglected for too long: it is often assumed that everyone in rural Ireland owns a car, but in reality in villages like Castleconnell and Caherconlish in my own constituency, 14% of households do not have a car.

"It is great to see that so many villages in the county that previously did not have a bus service will now have a service that enables them to get into Limerick City for 9am, to return home some time after 5pm, and a midday service.

"We need these services implemented but ultimately we need to move to an 'every village, every hour' approach like in Germany and Switzerland where every rural village has an hourly bus service between 6am and midnight. This will be vital not only to serve households who do not have a car, but to encourage people out of their cars to reduce our transport emissions in the context of the climate crisis," said Deputy Leddin.

A public consultation will take place starting now and ending in the middle of December.

"I’d encourage people living in rural areas of Limerick and Tipperary to have a look at the proposals and to tell the NTA whether they think the proposals will work for their village or town," he concluded.