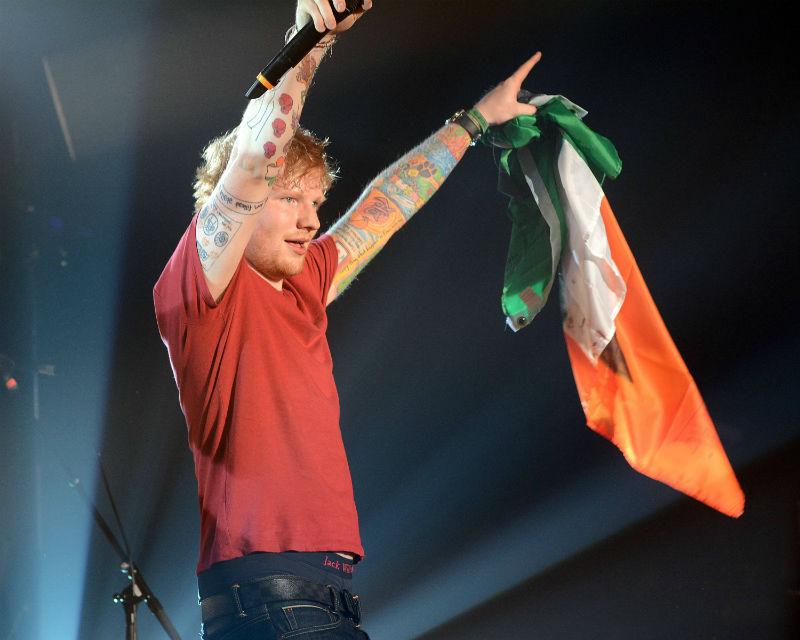 ED Sheeran has said that his gig in Limerick next year will be the best night of his Irish tour.

The singer-songwriter has played a number of gigs in Belfast and Dublin over the years but he says that he can't wait to play shows in other parts of the country.

Ed spoke to Dermot and Dave on Today FM about his upcoming tour dates in Ireland and why he decided to add shows in other counties.

The Bad Habits singer told the presenters that he would usually spend time with family in Wexford, Galway and Cork when he travelled to Ireland so he is looking forward to visiting other counties.

“I kept playing in Belfast and I kept playing in Dublin and then one year Peter Aiken just said, “why don’t we just do a tour?” and really span the country instead of having everyone drive to Dublin for the gig!”

“I find it with my hometown of Ipswich. No one ever comes in no one ever plays there then we have Elton John who played there in 2004 and that was a huge event, everyone was like “oh my God Elton John is coming to Ipswich!”.

The Suffolk man has confirmed two gigs in Thomond Park next year on Thursday May 5 and Friday May 6.

There are also plans for two more gigs on May 7 and May 8 but tickets for these shows have not been released yet.