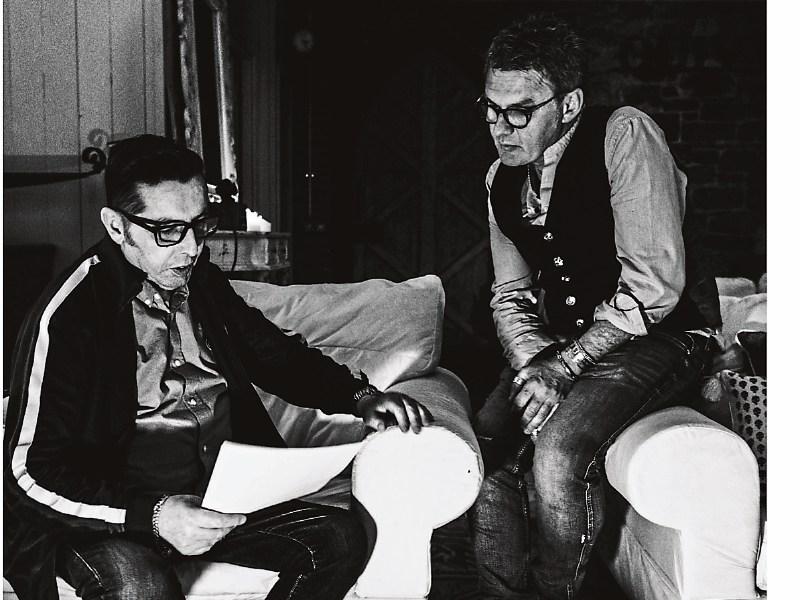 EIGHT years ago Limerick’s Don Mescall came over from London to play at a benefit concert for Aslan’s Christy Dignam in Dublin.

While backstage in the Olympia Theatre, Don got chatting to a reporter who told him many journalists have already started writing Christy’s obituary.

“It was shocking to hear that. Eight years on he’s still alive and that’s where the title of this new album came from ‘The Man Who Stayed Alive’,” said Don.

The singer-songwriter from Ahane wrote and produced the album which has been critically acclaimed. 'The Man Who Stayed Alive' is number 2 in the Irish album charts, just behind Dermot Kennedy, and number 2 in the iTunes charts. A little known band called Coldplay is at the top.

It all started when Don got a call from his friend Christy towards the end of last year.

“He has a bucket list of things he wants to do. One of the things on his bucket list was to make a solo record because he hadn't ever done that in his career. So I was very honoured that he reached out to me.”

Don began working on it, researching Christy as a person and thinking about what he would want to sing about at this stage of life and what direction the album should go in. He started writing songs for it and producing the record. Don wrote nine songs in total for the album.

Luckily, this was made easier because Don had returned to Ireland in 2020. Hozier may have written the song ‘Take me to Church’ but Don is living it.

“I found this old church, built in 1856, in Cavan one night online in 2019 when I couldn't sleep and I said 'I'm buying it'. It was an old ad and I thought to myself, ‘Well it's definitely gone but no’. It was previously owned by Brendan Perry who was in the band The Dead can Dance so it has a studio.”

When Covid arrived in March, Don had to close the doors of his studio in Greenwich, London.

“I was just sitting there thinking 'Wow, I don't think that this is going to go away for a while' and actually in a positive way it helped me to make the decision of moving home to Ireland.

“It's funny how the world works. I feel that about this building, my new home, it was meant to be.”

And as gigging isn’t his gig as much as other musicians he wasn’t as badly affected by Covid as others in the music industry.

But how could Don write about Christy’s colourful rock star life while being surrounded by the quiet Cavan countryside and a lake?

“I suppose my own life has been colourful. There was certainly a period of time when I was living in London over a pub called Molly Malones with a few of the Pogues. It was probably one of the most notorious bars in London at one stage and I was living upstairs.

“I suppose that's one of the things that Christy and I have in common is that it hasn't been saintly in any way. I've lived a little bit. I was able to tap into that. Sometimes when you're writing, it's easier to write about things you have felt yourself or experienced.”

And where better than a church to confess sins of the past! When Christy was well enough he came up to Cavan to record the vocals and when he wasn’t feeling up to it Don drove to Dublin and recorded Christy at his kitchen table.

“It was an emotional thing, we talked a lot about life. There was one theme overall, which is how precious life is. High, which is the current single, celebrates life. It is about getting high on love

“What is it all about at the end of the day, only the love you have for your family and your feelings for people.”

And there is no love greater than for your mum. Don’s mother Babs is 97.

“She is fantastic. She's an inspiration to me. I haven't seen her as much as I want to with Covid but I have such a wonderful family that keep her protected and safe. There are 11 of us,” said Don.

As well as working on Christy’s legacy album, Don has been very busy under lockdown.

“The year kicked off spectacularly with a big cut in Nashville “Sunday Drive“ with the artist Brett Eldridge. It’s a little song I wrote about going out on a Sunday drive with my mam and dad and all my brothers and sisters in Ahane. That song/video has over 1.4 million views!"

Don also has a couple of songs on the new Sharon Corr album and Canadian artist Laurie LeBlanc’s record. Not to mention working on his own album Seven Setting Suns, coming out next year.

If that wasn’t enough Don’s friend Willie Kavanagh, who ran EMI for 25 years, suggested to him that together they might run an independent Irish record label.

“It excited me. I think there is a lot of talent out there which doesn’t necessarily get into the forefront for various reasons.”

They started a record company called Taranis, which is the name of the Celtic God of Thunder.

Christy's album is on Taranis in partnership with Sony Ireland.

“It's the first time that Sony have partnered with an independent label. This is the first release on Taranis Records. It makes ‘The Man Who Stayed Alive’ even more special,” said Don, who wished to thank Steamboat Music and Golden Discs.

“Christy can’t wait to bring his legacy album to Limerick in 2022!”