SLIDESHOW: Lantern-lit parade takes to the water in Askeaton

A FLOTILLA of boats, aglow with lights, brought magic and a sense of wonder to Askeaton at the weekend when the Deel Art Group showcased their latest project.
Merging the ages-old tradition of the river with community art, the Group had come up with the idea of a lantern-lit parade but on water. To see the rest of the pictures, click NEXT 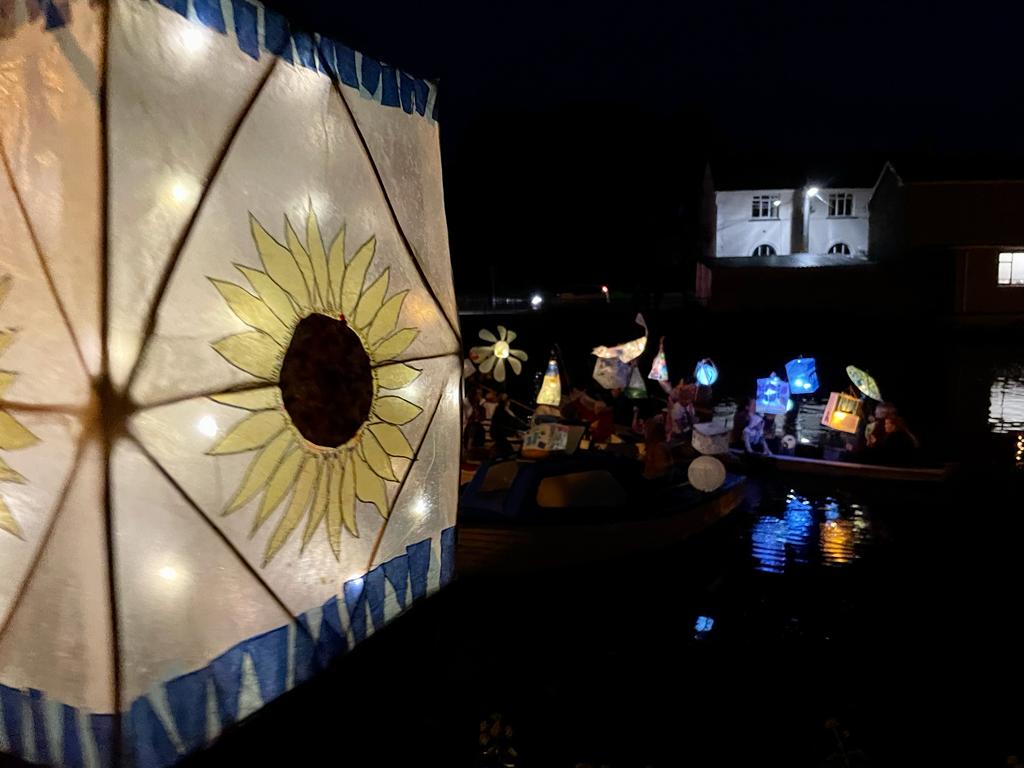 It was, according to leading Art Group member, Anita Guinane, an idea that caught the imagination of scores of people across the community and became very much an inter-generational and inter-group effort.
Over five weeks, with morning and evening sessions, up to 20 adults got involved in making their own lanterns from willow and paper. “Some were huge. We encouraged people to build big and when they did, they were very big,” Ms Guinane said.
But Foróige youth members were also involved in decorating their own lanterns and both the soccer and GAA clubs also had lanterns.
In the end, there were dozens and dozens of lanterns all beautifully lit by LED lights.
The key to the magic lay with the Desmond Rowing Club who supplied the boats, bringing people and lanterns upriver from the slipway to the bridge, with music playing all the while.
“We were blessed with the weather,” Ms Guinane said. “We are bound by the tides here.”
And while the river was not mirror-smooth, the boats emerged out of the dusky night, their lights reflecting and increasing ten-fold in the water, to the great joy and wonderment of the hundreds of spectators who lined the quays or watched from the bridge.
The project was enabled by West Limerick Resources, Ms Guinane pointed out and was also helped by the Community Council.

To see the rest of the pictures, click NEXT