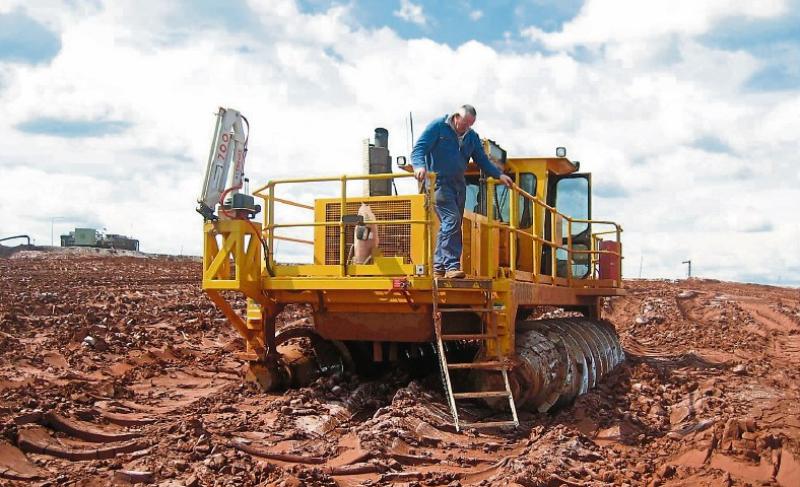 AUGHINISH Alumina has been given the green-light to begin rock-blasting to a depth of 8.5metres on its site, as part of a review of its licence by the Environmental Protection Agency (EPA)

This opens the way for blasting to begin as early as next April and to continue, during certain months of the year, for the next ten years.

The decision has been criticised by Pat Geoghegan of the Cappagh Farmers Support Group as “reckless, potentially dangerous and a threat to the environment”

But Aughinish, in its submission to the EPA, rejected Mr Geoghegan’s objections and pointed out that Independent engineers had assessed the required procedures for explosive blasting,

“This is detrimental news for the Shannon Estuary,” Mr Geoghegan said this week. “What this means is that the company can set explosives just meters from the existing mud ponds that store 50 million plus tonnes of toxic waste,”

“It will put the embankments under huge pressure to withhold such blasts and could lead to a breach in the pond walls and allow toxic waste flow into the estuary,” he warned.

Aughinish refuted this, telling the EPA there would be “no impact” on the mud ponds or BDRA from the blasting.

In early 2018, Limerick City and County Council granted permission to Aughinish Alumina for a borrow pit to be developed over 4.5 hectares of a 7-hectare site for the blasting and extraction of 374 cubic metres of rock over ten years. A request for an oral hearing from the Cappagh Farmers Support Group and supported by 1000 signatures and by Limerick Against Pollution was rejected by the EPA.

In November 2018, An Bord Pleanála upheld the permission but stipulated that blasting could only take place between April and September and that an undisclosed sum be paid in development levies to Limerick City and County Council before work could begin. The Bord also stipulated that the company be required to seek a review of its Industrial Emissions Licence.

This review has now been completed and allows rock-blasting within the licence but, according to Mr Geoghegan, a line has been crossed.

“We thought the rock-blasting was such a reckless, dangerous undertaking, the EPA would have said, we need to step back here’”, he said. “But nothing has changed with the EPA. It is just giving Aughinish what they want. It is continuing a track record of never saying no.”

Mr Geoghegan has also pointed out that the blasting will be taking place close to the gas line connecting Aughinish to the national grid and would involve noise and dust. And he warned that homes in the area could be adversely affected by blasting, even of a short duration.

In its detailed submission to the EPA, Aughinish Alumina set out its responses to Mr Geoghegan’s objections.

The company said there would be “no impact” on the mud ponds or BDRA from blasting activities. Independent engineers had assessed the required procedures for explosive blasting, it said and had evaluated its effect which they found “to pose a very unlikely risk to the stability” of the mud ponds.

Initial blasts are to take place on the easter edge, the furthest away from the ponds at 150m. The borrow pit activities would not interact with underlying groundwater, and the depth of blasting will lie above the water table, the company stated.

An Environmental Impact Assessment Report was drawn up as part of the planning application, the company pointed out. “It has been objectively considered that the proposed project will not adversely affect the integrity of any Natura 2000 site.”

Dust mitigation measures will be implemented, and monthly monitoring of dust will take place at 35 sites, five of which are off-site.

The company plans to develop a communication programme to let the community know before any blasting begins. Blasting will take place no more than once a week.

Aughinish Alumina did not respond to calls from the Limerick Leader and the EPA has not responded to queries.