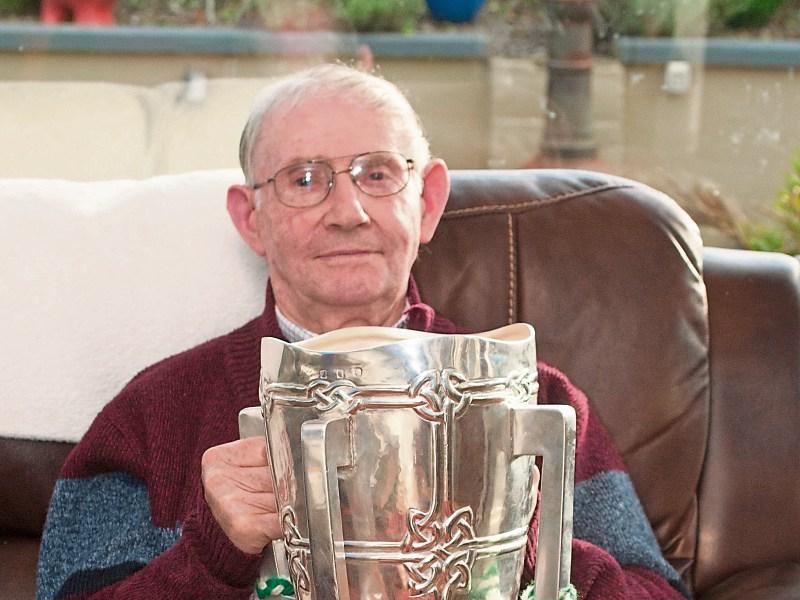 THE SYMBOLS of Mikie Riordan's life brought up during his funeral Mass were especially moving because he had kept that very altar spotless for decades.

The 94-year-old only stopped being the sacristan of Dromkeen church two years ago. Mikie and his late wife Nancy tended to St Bridget’s Church like it was their own for the best part of half a century. Their home was right next door.

The symbols brought up to the altar were a sliotar and Get Well card from the Limerick senior hurling team to represent his love of GAA. A little digger because he drained more fields than all the days in his long life. Vegetables as he was skilled in the garden, and a figurine of the Holy Family, which the local community presented to Mikie on his retirement from his services to the Church.

The beautiful singing and music by grandchildren Gemma and Katelyn, along with Poppy Giltenane, Hannah and Maggie Sweeney, enhanced a lovely tranquil Mass celebrated by his good friend Fr Joe Tynan. Afterwards, he was laid to rest beside Nancy in Kilteely cemetery.

Born in Knockainey, the family then moved to Caherline. Mikie Riordan grew up to be a farm labourer. His swollen hands a testament to hard work. He turned to drainage contracting and during the war years moved to the Midlands and worked for Bord na Mona.

There was no machinery just shovels and spades. A few years later he and his good friend Pakie Walsh commenced a drainage contracting career which became very successful as they were in demand across the island.

After marrying his sweetheart Nancy Fitzgerald in 1957 they settled in Dromkeen where they reared a son Michael and daughter Anna. From 1974, they served as caretaker and sacristan of the church. Mikie and Nancy were one of the warmest and friendliest couples that nature unearthed. Anyone who knew them were touched by their kindness, humour and endearing nature.

You would think Mikie might have enough of soil during the day but not so as he had a passion for gardening and growing vegetables.

Another passion was hurling. He loved going to matches with Nancy and his great friends Jack and Pakie Walsh. Mikie was only cross once in his life and that was when he was in the middle of a Clare and Tipperary man criticising Limerick hurling!

After Limerick’s great win in the All-Ireland final in 1973 he had to wait another 45 years to see Declan Hannon climb the steps of the Hogan Stand.  A few months after the 2018 success the Liam MacCarthy Cup made its way to his home. Mikie was very proud to hold the coveted cup in his hands (pictured).

He has seen Declan lift McCarthy two more times - most recently just two weeks before he passed away. While Mikie was in St Michael’s Nursing Home he received a Get Well card signed by the Limerick senior hurling team calling him their 16th man.

He passed away peacefully on Wednesday, September 8. Mikie will be long remembered for his kindness and decency towards everybody he met.

Nancy predeceased him in 2016 but now the couple, together for 64 years, are reunited with the keys again to that eternal church.