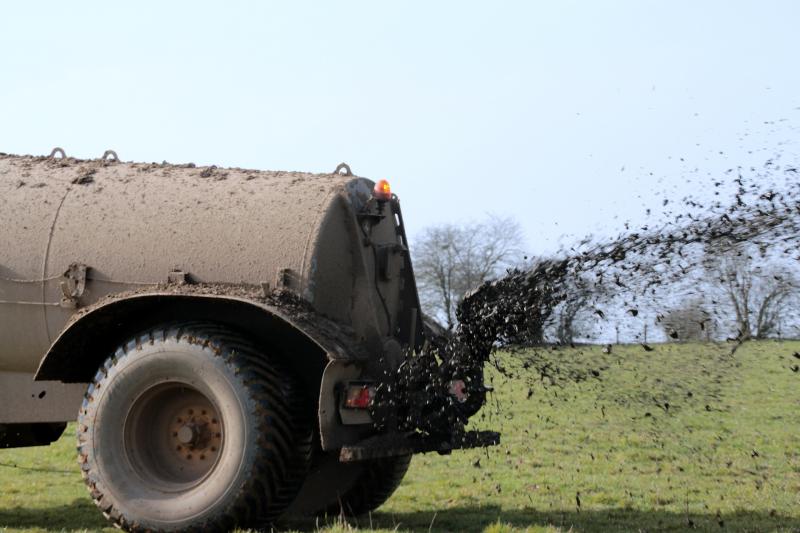 AN Agricultural contractor who breached European Union regulations on the spreading of slurry had his case adjourned at Newcastle West court.

But Judge Carol Anne Coolican said that the costs incurred by Limerick City and County Council in bringing the case were to be discharged by November 2 when she would finalise her order.

Before the court was Paul Purtill, Morenane, Askeaton who pleaded to a breach of the European Union (Good Agricultural Practice for Protection of Waters) Regulations 2017 on April 12 this year.

Aidan Leonard, agricultural scientist with the council said that on that date, they received a complaint about slurry spreading at Morenane and contacted the farmer who was renting the land.

The slurry, he explained, was spread just two metres away from a well, instead of 25m. “He said he didn’t spread the slurry,” Mr Leonard said.

It was the contractor who had done so. Mr Purtill, had been co-operative and no samples of water in the well had been taken, he added.

Pleading for his client, solicitor Michael O’Donnell said they accepted there was a breach but said that there was a fall of ground away from the well so that slurry wasn’t “coming in” to the well.

The driver, when turning, had over-reached into the buffer zone, Mr O’Donnell explained, but there wasn’t any pollution.

It was his client’s first time ever in court, he pointed out, and he had 30 years of a good record. A conviction, Mr O’Donnell said, could jeopardise his reputation and his workers and he asked that no conviction be recorded against his client.

“Do you think it was an accident?” the question was put to Mr Leonard who said: “It was negligence rather than intent?”

The matter comes back for finalisation on November 2.