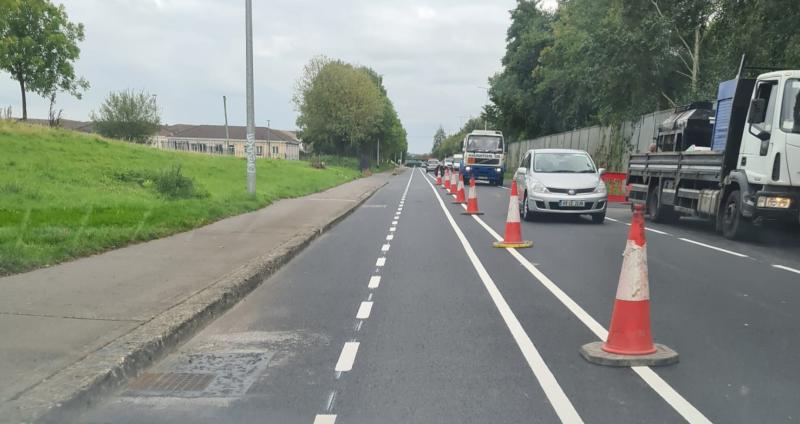 A NEW two-way cycle lane is being built on a busy route on the outskirts of Limerick city.

The road runs adjacent to Kennedy Park on one side and O'Malley Park on the other.

A spokesperson for Limerick Smarter Travel has confirmed that new road markings have been painted on the carriageway which differentiates the cycle track from the road.

In the coming weeks, they added, kerb segregation will be introduced, with the contract for this element of the works currently out to tender.

"This work will include the widening of the existing cycleway at the entry and exit to the Kilmallock Roundabout.

Metropolitan district leader Cllr Catherine Slattery, who represents the area on the local authority, has welcomed the development.

"It's fantastic news for the surrounding areas as many children use the Childers Road to get to school on bikes. It's a very busy road. The fact there's a cycle lane is fantastic. I was very worried about those children including my own who cycle to school, so it's great news for the area," she said.

"There are many estates branching off from the Childers Road which have plenty of children, plenty of teenagers, plenty of cyclists. They will all benefit from these new cycle lanes. It's great news, and I'm delighted council took on board my representations," the Fianna Fail councillor added.