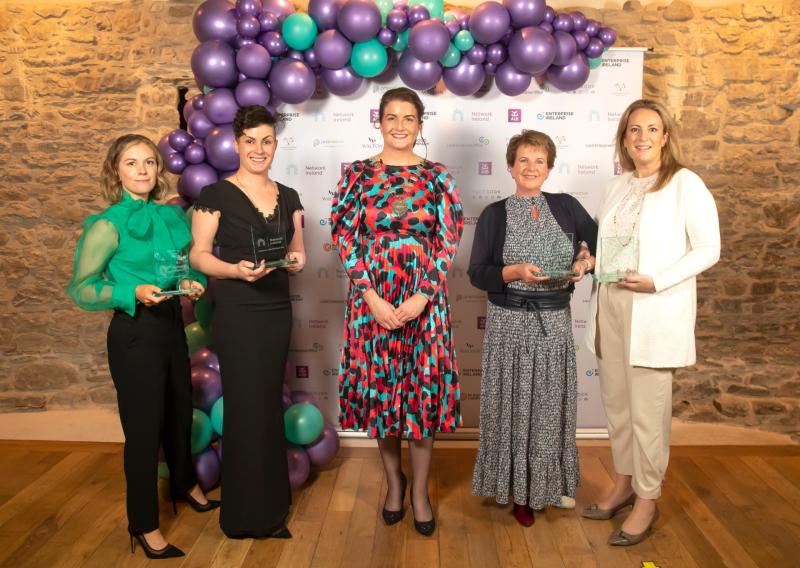 But it was Limerick's flag which flew highest in the Déise, as three members of the local network branch, which exists to support women in business and the arts, won awards.

For the first time in two years, an audience was able to attend the gala event in person.

Lynda Sheehan of Rockbarton Garden Centre in Bruff won the solo businesswoman of the year award.

Best established business went to Ber Collins of Crystal Clear Springs Enterprises which although based at Meelick is a member of Network Ireland Limerick.

Another winner from this group was Aisling Finn of Jaguar Land Rover in Shannon, who took the rising star award.

The national President of Network Ireland Aisling O’Neill said: "I want to congratulate every applicant, finalist and winner of today’s awards, for shining a light on the fantastic work being done by women around Ireland every day, particularly over the past 20 months. I’m so proud of all our members who provide support and encouragement to each other every day, embodying the spirit of Network Ireland as the progressive, dynamic organisation we aim to be”.

Although only 300 people were allowed to attend the awards, many more watched them virtually.

All proceeds from streaming ticket sales for the event will go to Network Ireland’s charity partner for 2021, Focus Ireland which aims to tackle homelessness.