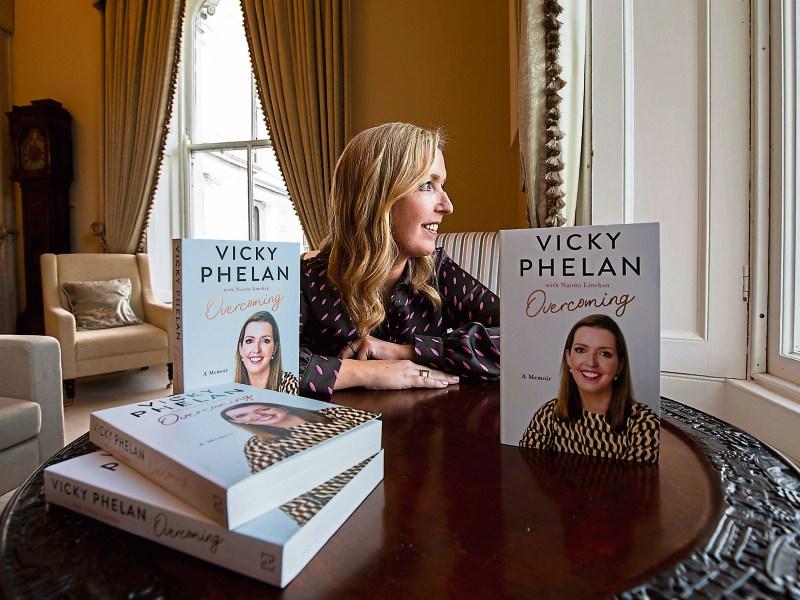 THERE isn’t one person who didn’t stop and pause after hearing Vicky Phelan share her upsetting news on Sunday.

Through her indefatigable spirit she has lifted up so many when they were down. Now, countless people are demonstrating their love for the fearless women's health campaigner.

Ms Phelan took to Instagram to give an update on her cancer treatment in the USA, saying that she has returned to Ireland.

The Kilkenny native, who resides in Annacotty, wrote that she has some new tumours.

“This means that I am no longer eligible for proton beam therapy since my tumours are far too extensive, i.e. I have too much disease in my body for them to zap.

“And so, the recommendation from the team at Georgetown University Hospital was for me to return home for systemic therapy, i.e. palliative chemotherapy,” wrote Ms Phelan.

With a very heavy heart, the mum-of-two said she made the decision to return home to Ireland.

“I returned home earlier this week and am taking the time to reconnect with my kids and to absorb this news before I start down the chemotherapy road.

“The ‘good’ news is that I can still have treatment and that this treatment will keep me alive until Christmas at least. The bad news is that the treatment I am about to start on is extremely toxic and will take its toll on my body and my mind,” wrote Ms Phelan.

She told her tens of thousands of followers on Instagram: “As always, I would like to thank you all so very much for your support, your kindness, your generosity, your prayers and positive messages which continue to lift me and keep me going. THANK YOU ALL.”

There have been tens of thousands of ‘likes’ and messages of support for the advocate for women's health. There were no words for Labour party leader Alan Kelly, a long-time supporter of Ms Phelan, who summed up his feelings by using the broken heart emoji on social media.

Ryan Tubridy spoke on his RTÉ Radio 1 show on Monday of his sadness and upset at the news.

Mr Tubridy, who has interviewed Ms Phelan on a number of occasions on The Late Late Show, told his listeners: “She loves hearing from you when you send her an email to wish her well. That is the fuel in her tank. I know this for a fact, she’s grateful beyond words for the love and the kindness and the comments that come in to her.”

Ms Phelan became a leading figure in the CervicalCheck controversy after she was awarded a settlement by the High Court in April 2018 in a case taken against the US laboratory that carried out her cervical smear test.

Since then she has been a powerful advocate for women's health and has given her support to many charitable organisations and people despite her own cancer treatment.