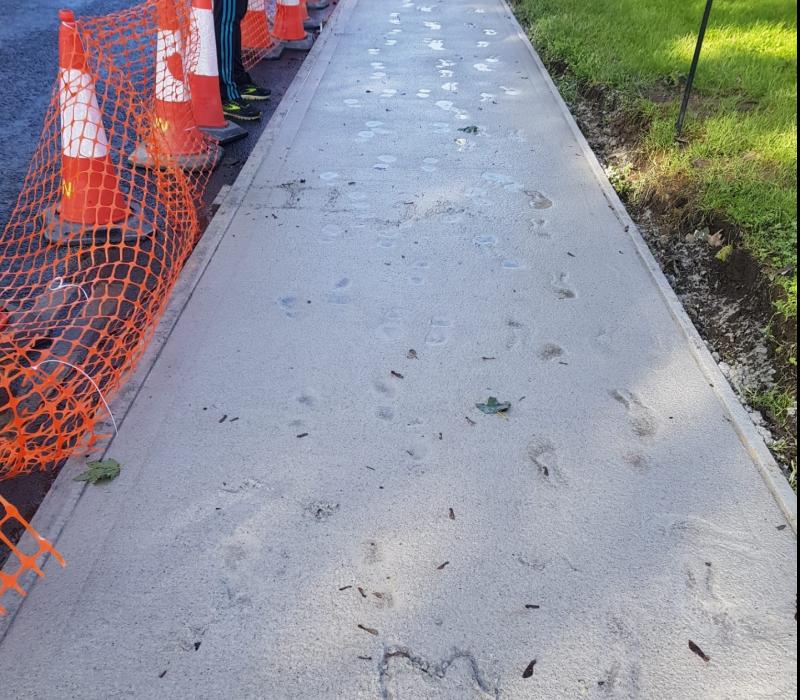 Cllr Catherine Slattery criticised the vandalism of the relaid cement

THERE is anger after a vandal walked over a freshly laid path of cement, forcing contractors to return to the site and relay it.

Metropolitan district leader, Cllr Catherine Slattery has described the incident as "disheartening" and the individual who walked the site as "disrespectful, with no respect".

She had successfully campaigned to have a fresh covering put on a 35m stretch of footpath from Granville Park to Norwood Park as it was in a bad state of repair.

"One or two people in the area had contacted me because they were worried in case elderly people fell, as many of them do live in the area," the Fianna Fail councillor explained.

However, no sooner was the cement laid, and the area cordoned off to allow it to set, someone decided to walk over it, leaving a line of footprints.

"It's not the first time it's happened," said the City East councillor, "It happened in the Old Cork Road a couple of months ago, and the contractor had to break it up. The concrete is set and all the markings are now set onto the path. So they need to break it up as they can't leave it like that."

It means the local authority had to pay the contractor twice for doing the same job.

"That money could be spent on paths elsewhere. I was very upset. I was angry. You go to the effort to get this done and it's destroyed," said Cllr Slattery, "I've no idea who did it, but it's disheartening to see it happening."

She acknowledges it's only a minority of people who would do this, but added: "It's a complete and utter disgrace".

"These people are ignorant and ungrateful with no respect for people's communities," she concluded.