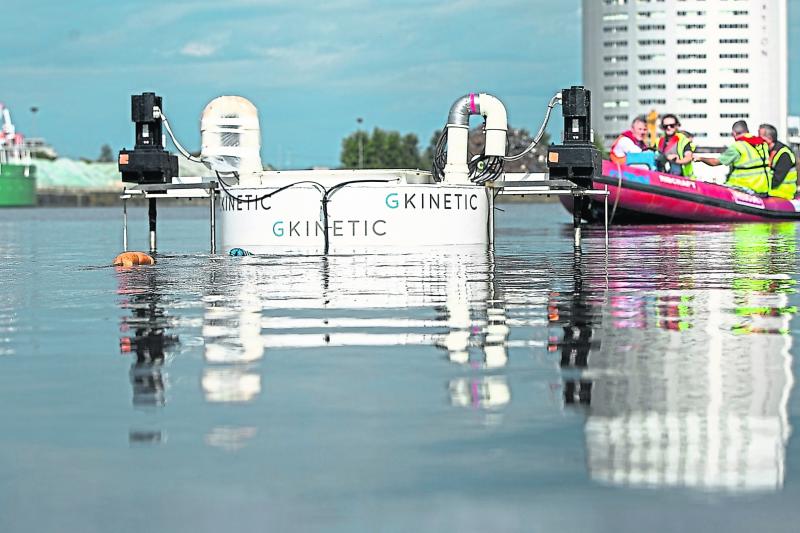 Gkinetic Energy Ltd, based in Newcastle West, has announced its intention to apply to Limerick City and County Council to deploy three turbines, associated anchors and marker buoys upstream of Thomond Weir in the River Shannon.

On top of this, a junction box and cable carrying metal conduit along a section of the weir is also proposed. This will link to the ESB building at Brown's Quay, while a portacabin will be erected here, if the proposals get the go-ahead.

According to an application published in this weekend's Limerick Leader, the permission is being sought for a period of two years, with a foreshore licence application also in place for the development.

GKinetic Energy has been working on a new off-grid floating device for a number of years, with the aim of providing enough electricity to power up to 15 homes.