Limerick parish has pride in its GAA club's rich history 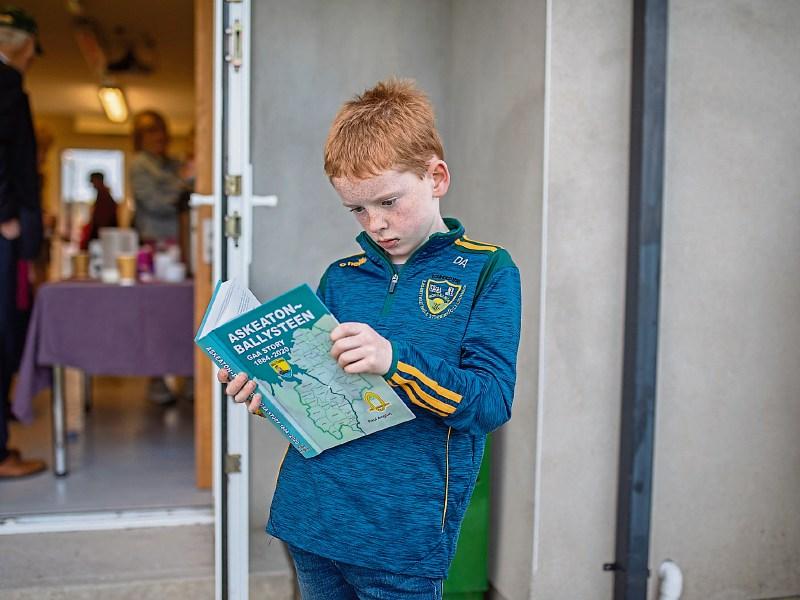 Danny Anglim, Ballysteen reads his uncle Paul's book on the history of Askeaton-Ballysteen GAA which was launched at the club last weekend. |PICTURES: Marie Keating

THE RICH history of a west Limerick GAA club has been brought to book.

In what he described as a “10-year labour of love”, Paul Anglim has compiled 448 pages of material, including 300 pictures and 550 references looking back at the history of Askeaton-Ballysteen GAA club.

Entitled the Askeaton-Ballysteen GAA story 1884-2020, it was launched at a special ceremony at Ballinacourty by local journalist Matt O’Callaghan.

Paul, the assistant secretary of Ballysteen GAA Club, explained the genesis of his idea came around a decade ago.

“About 10 years ago, I wrote an article for the ABC News, an annual magazine which comes out in Askeaton-Ballysteen. That was 5,000 words. Basically since then, I have developed that into the 110,000 words we have now,” he explained, “I got serious about this three or four years ago, and asked the club if they would be interested in my producing a history of the GAA in Askeaton-Ballysteen.”

In fact, Paul says his interest in the history of the two clubs goes back further than 10 years, with his grandfather sharing many fond memories with him.

“I had all these stories in the back of my mind just in case there ever came a time to produce a book,” he added.

Indeed, the clubs were interested, and Paul invited patrons to make an enhanced contribution to the book in order to help offset the high costs of printing a hardback. 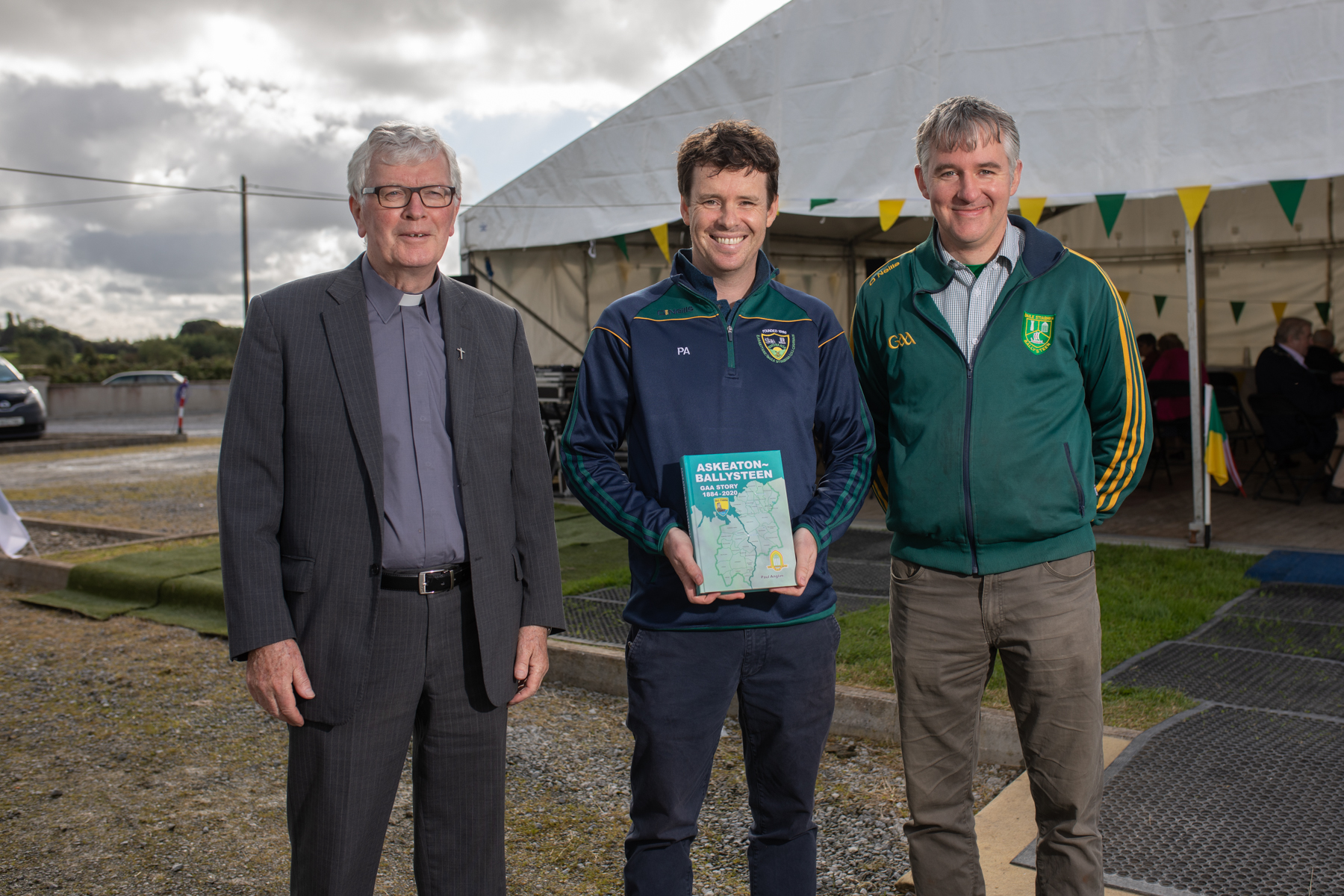 Any profit derived from the sales – cover price €20 – will go back into the junior setup of the clubs, because, as Paul says, “without them, there’d be no senior set-up.”

Askeaton and Ballysteen have long teamed up to pool resources.

Both play in green-and-gold, with Ballysteen traditionally a footballing side, and Askeaton a junior hurling club, albeit both sides sharing players.

Danny Neville is a long-time fixture on the senior footballing panel, although the Ballysteen man has taken a break this year, while for Askeaton, William O’Meara was part of the 2018 All-Ireland winning hurling panel.

Paul has a foot in both camps, he explained, saying: “I’m Ballysteen, but in the past, I mostly played hurling, so I would have been involved with Askeaton where I was a selector. I am assistant secretary in Ballysteen, and was public relations officer there for a few years.”

The club has played a key role in Limerick GAA down through the years, but its “golden era”, Paul says, was back in the 1960s when three senior football championship titles in a row were secured, along with a fourth in 1972. Askeaton’s current standard-bearer William did play in the National Hurling League for Limerick during the 2018 campaign where a 45-year wait for the Liam MacCarthy cup was ended, but he did not play in the latter stages of the season.

There are so many people who have played a role in keeping the GAA on the road in the parish, and this is what inspired the cover of the book.

“I’d looked at other books, and a lot of them would have a picture of a county team on the front. But I thought by doing this, I’d be putting 15 to 20 people ahead of everyone else in the parish,” explained author Paul.

Instead, a map of the whole parish sits proudly on the cover, outlining the various townlands. Inside, those who have played with the club are matched up with their home place.

“My main hope is that people who have played for this club in the past and their families, that their memories will be kept alive. That memories will come back when they look at the photos and stories,” Paul explained, “But I also hope the book inspires young players of the parish to go on and emulate their forefathers.” 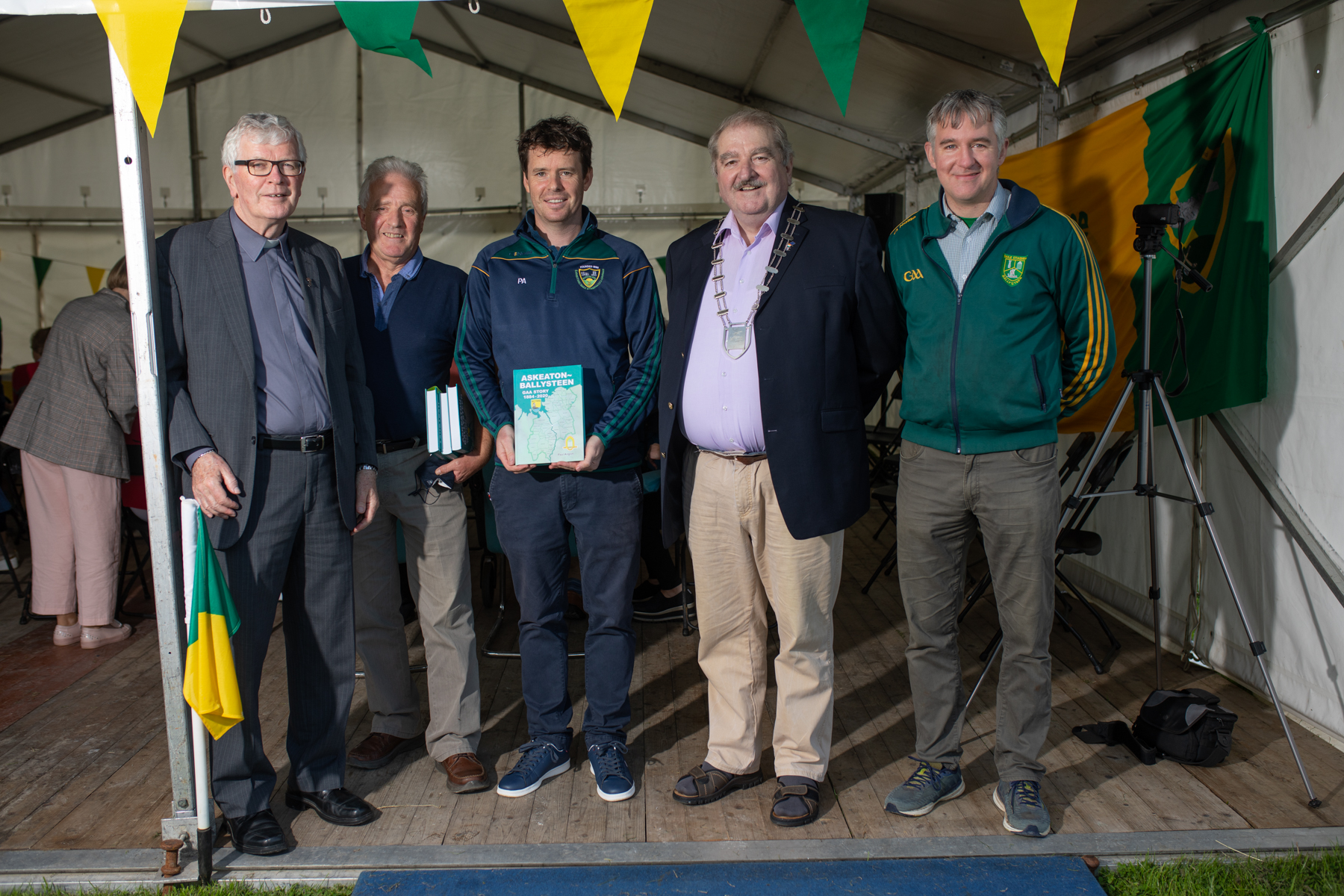 To get your hands on a copy of the book, there are a number of outlets in Askeaton selling it including the post office, Centra, Supervalu and Moran’s Hardware.​

Elsewhere, it can be purchased in Mace at Kildimo.