Limerick Property Watch: Be king of your very own castle at Jackson’s Turret 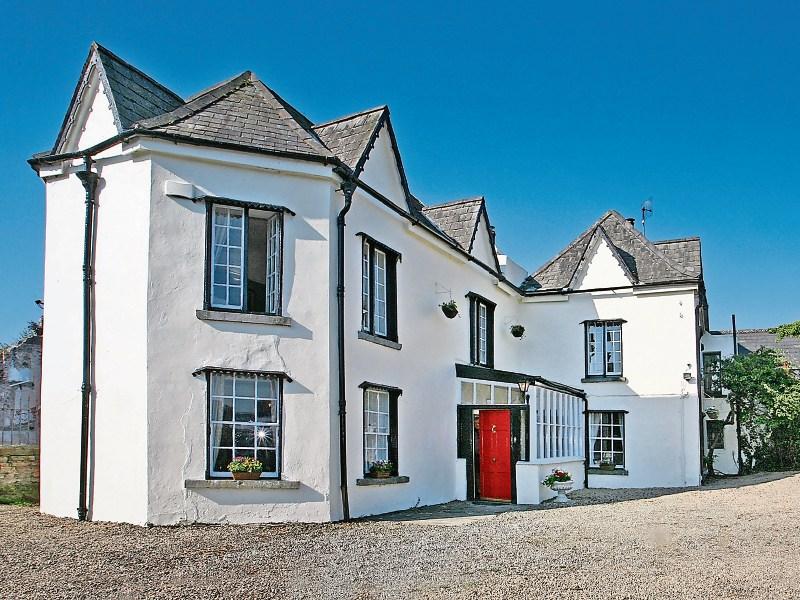 Jackson's Turret, designed by the French architect Davis Ducart, was built around 1740 and it can be yours in 2021

A UNIQUE Limerick home which was built over two and a half centuries ago has come on the market.

Many would love to plant their flag at Jackson's Turret, Clancy Strand, in the city.

Mark O’Donoghue, of Hickey O’Donoghue Auctioneers, said there is a drawing room on the first floor and if you open the windows you can hear the Curragower Falls and the sounds of the Shannon river. 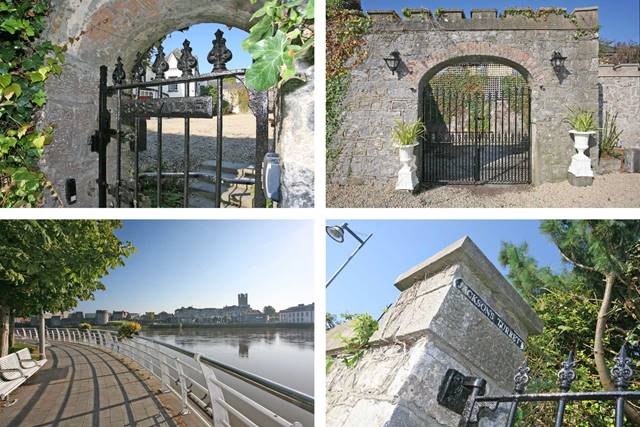 Jackson's Turret was designed by the French architect Davis Ducart. Its distinctive features include three sided bow-end bay windows framing the river views and its steeply pitched hipped slate roof. Mr Ducart is also responsible for the Custom House across the river – now the Hunt Museum.

Coincidentally the Leader reported last week on the sale of Springdale on the Ennis Road – an Edwardian family home built around 1910 by William Clifford Smith, architect of Shannon Rowing Club and Adare Village Hall.

Returning to Clancy Strand the first floor turret room was used as a lookout up and down the river to ensure all river traffic paid their taxes at the Custom House. T

he dining room on the ground floor was formally the boat room and was used to store longboats when not being launched into the river. The property was later converted around 1920 to a splendid family house. 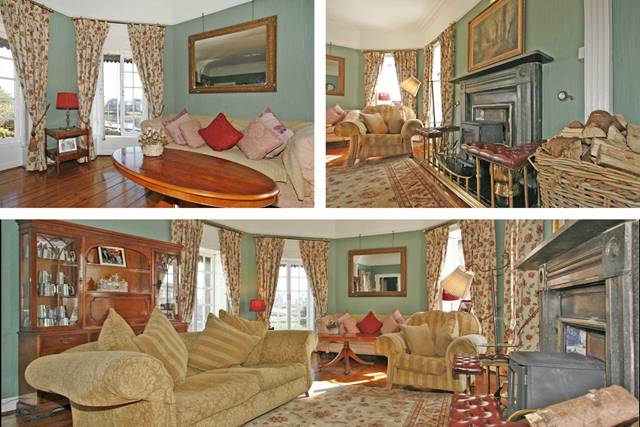 Mr O’Donoghue said this is a once in a lifetime opportunity to purchase this four bedroom abode.

“You don’t get something like this with its history, the scale, privacy behind the old walls, you’re on the river and yet you’re in town. The house is perched behind the old stone walls for privacy yet you’re looking out onto the river which is spectacular. It ticks a lot of boxes.

“You don’t need a car unless you are driving out of town. It is easier to walk to town than it is to drive to the city centre,” said Mr O’Donoghue.

Jackson’s Turret has only been on the market for just over a week yet Mr O’Donoghue says, “Interest is strong as you would expect”. He is guiding under the €1m mark at €900,000.

“There is lovely walled private garden to the back. There is plenty of room for extending if somebody wanted to. The site (0.23 acres) is plenty big. 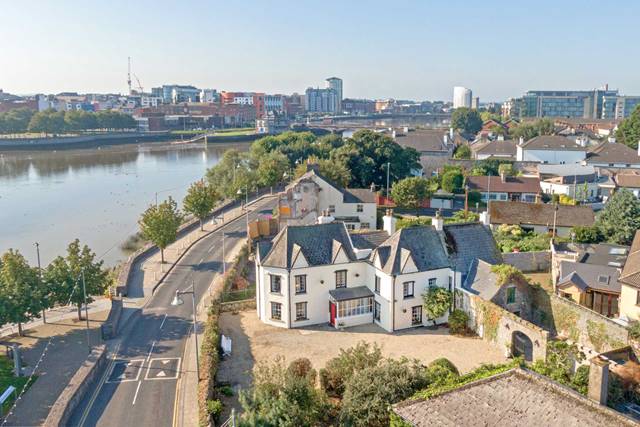 “We are guiding at €900,000. We think it is attractively priced and we’ll see where it takes us. It is down to the market,” said Mr O’Donoghue.

And perhaps best of all you can pop right next door to The Curragower for a pint.