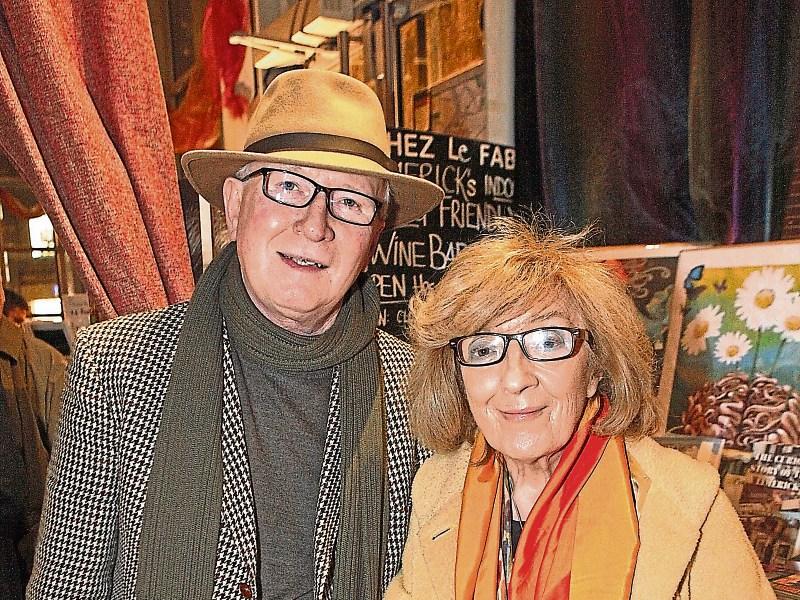 LIMERICK has lost one of the brightest beacons of its artistic and cultural world with the passing of Bertha McCullagh.

Bertha, who lived with partner Mairtin on the city’s northside, was a regular at literary gatherings, her love of the arts scene in Limerick knowing no bounds.

Originally from the Sliabh Luachra area of Kerry, she was a member of the board of Cuisle, Limerick’s international poetry festival.

She was a regular attendee of the White House’s Wednesday night poetry revival which endured from 2003 to 2016, and it was here that Dominic Taylor, of the Limerick Writers Centre first met her.

“Ever since then, every time I saw Bertha in the audience, I knew we were doing something culturally correct,” said the Roxboro man, “I’ll always remember her smile, and her encouragement for other people was phenomenal.

“She was one of those people you need to have around. She gelled with everything culturally – it’s the end of an era in the local cultural scene,” added Dominic.

One of those people who directly benefitted from Bertha’s encouragement was prolific local poet Edward O’Dwyer, who is the current poet laureate of the village of Adare.

He said: “At the time of meeting somebody, you can’t know how important an impact they are going to have on you. The strength of their influence and their energy can take time to seep beneath the skin and really take hold.”

Edward met Bertha and her partner Mairtin as a young up-and-coming poet attending the White House revival in his soccer kit after a Wednesday night match.

They were a “formidable team”, he said describing them as “two sides of an only once minted coin”..

“I admired them immediately, their sense of fun, their shared love and respect, their passion for the arts, how they complemented one another, how they lit up room and how they welcomed all at their table,” he recalled.

There is a real sense of sadness that Bertha and Mairtin were not able to be at his inauguration as poet laureate.

“Bertha was an incredible lady, a true gem. She had immense style, wit, gentleness and spirit. Her intelligence was equalled by her kindness. I benefitted hugely from all of these things, and it has been an honour to have had the chance to know her these years,” said Edward.

An educator “down to her marrow,” Edward said Bertha cared deeply that poetry was passed down to the next generation in the right way.

“Bertha had a wonderful smile, and I can picture it clearly now as I write these words. She loved to wear green. She took in everything – absolutely everything. She loved young people. In them, she saw great hope and potential, and it was a vocation of hers to be nurturing,” he said.

Bertha is very deeply regretted by her partner Máirtín, son Niall, daughter-in-law Emily, grandchildren Rian, Aaron and Eoghan, step-children Patrick, Emma, Megan and Anton. Plus her extended family and her many friends in the education, arts, literary and poetry circles.