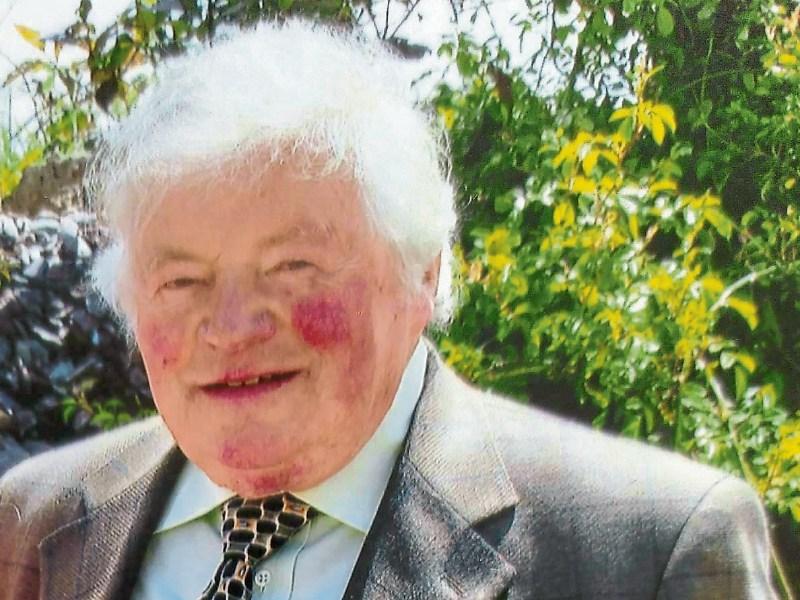 A TRUE gentleman dedicated to his local community was the phrase most frequently used to describe Kieran Curtin who died recently, following a short illness.

Kieran, like many of his classmates in the early fifties, went straight into farming when he completed his primary education and would continue to work in dairy farming for almost 70 years.

He was fortunate that around this time Macra na Feirme clubs were being established in rural Ireland, led by Agricultural Advisors and Rural Science teachers in the Vocational Schools. These visionaries saw the acquisition of scientific and technical knowledge as an essential element for raising the morale, income and living standards of the farming community in post war Ireland.

The Abbeyfeale club went from strength to strength, participating in the various inter-club and inter-county competitions of the day. When the Adult Education Department at UCC offered outreach diploma courses in Rural and Social Science, Kieran and many other Macra members signed up to the two-year course and benefitted immensely. These courses were again facilitated by the local VEC.

In time, Kieran went on to represent Limerick on the National Council of Macra, before becoming National President from 1969-71. This was a very exciting time for young farmers on the cusp of entry to the then EEC.

In 1970, he got the support of the Dept. of Foreign Affairs to invite the EEC Commissioner Mansholt to open the annual rally held that year in Tralee. This resulted in Macra developing a special relationship with the Commissioner, giving Macra members early access to the EEC farm exchange scheme.

The Farm Inheritance Study was established during his presidency. This involved a professional research survey of the topic and the publication of the recommendations. These have guided policy on the issue ever since. During this time he also initiated meetings of milk producers in the Golden Vale area to support the new Golden Vale cheese factory.

He later represented his local creamery, Devon Road on the Board for many years. Both Macra and Golden Vale afforded him some wonderful opportunities for travel which he really appreciated. He embraced other cultures and people and was very proud of his own language and music.

Late 1960s Ireland saw the beginning of real farm expansion with large machines capable of rapidly changing the landscape. The National Monuments Council, a statutory body, realised that our rich archaeological past was in danger of being damaged or destroyed.

They offered Macra na Feirme a seat on the Council to facilitate the feedback of information to young farmers and alert them to the unique inheritance that we had and the importance of preserving it. Kieran served on the Board for a number of years where coincidentally, he sat beside another Abbeyfeale man, Professor Brian O’Kelly, UCC, whose work of excavation at Newgrange was ongoing. Kieran also spent a number of years on the Co. Limerick Committee of Agriculture as a non-elected member.

He was the Treasurer of the Fleadh by the Feale from its inception twenty-five years ago. He loved the Fleadh, and followed it to its new platform online this year; this dovetailed with his love of technology, and he was delighted with the new world of information and ideas that the Internet had to offer which allowed him to link with vintage farmer enthusiasts from across the world.

During his long life he was associated with the IFA, Golden Vale Marts, Toastmasters, Sports Complex Committee and Conradh na Gaeilge amongst others, bringing to each organisation his calm, gentle good humour and his firm belief in the innate goodness of people. He is survived by his wife and six children.

*If you wish to submit an obituary for publication online and in print, email news@limerickleader.ie