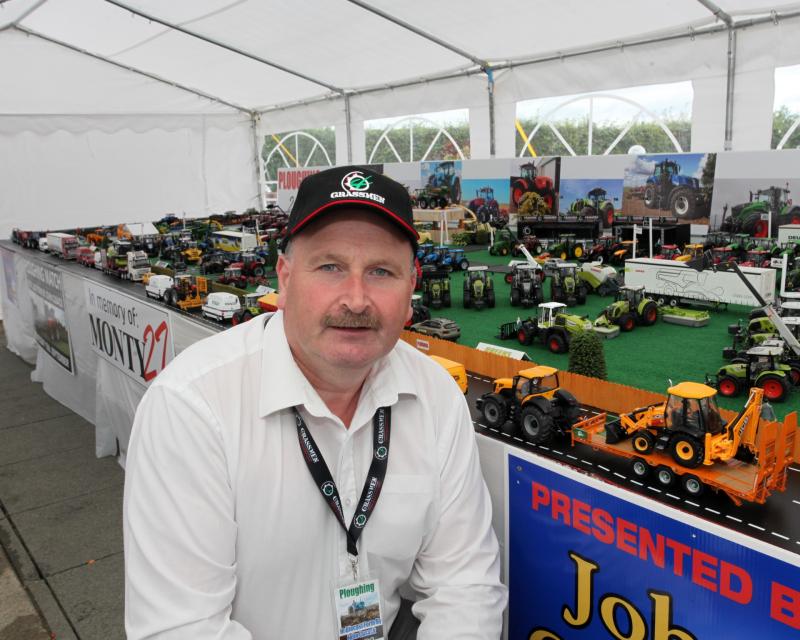 THIRTY years ago this month John Cusack was one of the men preparing the site in Crecora for the last time the National Ploughing Championships came to Limerick.

Fast forward to 2021 and he has recreated the ploughing in model diecast form to mark the anniversary. The model collector dedicated the incredible display to his late brother-in-law Maurice Tierney who passed away recently.

“Maurice loved the shows and was a great supporter of mine. He never missed a show,” said John, of Maurice who died earlier this month. John did Maurice proud with his ploughing championships recreation.

“There were 350 models all together. It would be one of the biggest displays put together in Europe. It’s on a 48 foot by 10 foot table in a marquee. 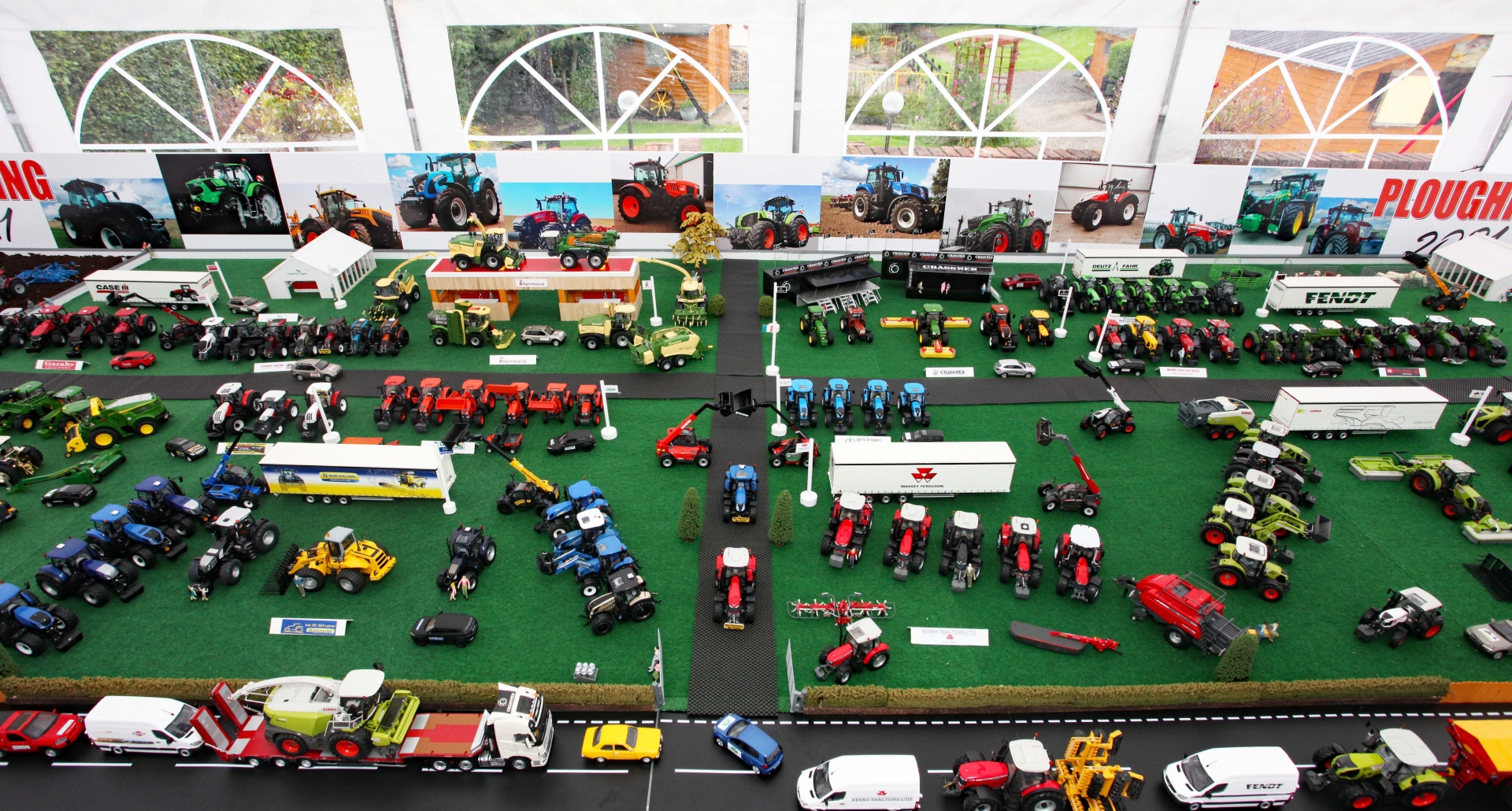 “I had all the tractors and combines that go with the ploughing and tried to get everything up to date as much as I could. I replicated the stands for all the different dealers to make sure they had the newest of their tractors on display. And also having cattle and tents and everything that goes with the ploughing,” said the Fedamore man, who has one of the biggest diecast collections in Europe.

No stone was left unturned. John even chopped up straw with a scissors to make it look like stubble ground and spent six hours scrolling on eBay for a model of a horse with a man ploughing behind it. It took John five days to build, assemble and create the display but he has been planning it for months.

“Yes, since January. The idea of it was to take it into the University of Limerick for everyone to get in and see it. I was hoping that Covid was going to settle down, and we were going to actually get in there with it but it wasn’t to be.

“There was so much work gone into it that it was too late to turn back. I said we'd have to go virtual with it. It was the only option,” said John. You can watch the video on his “Jjohn Cusack” Facebook page. It has over 14,000 views.

But while he started this in January it really goes way back to 1991 when a 23-year-old John was working on the site in Crecora. 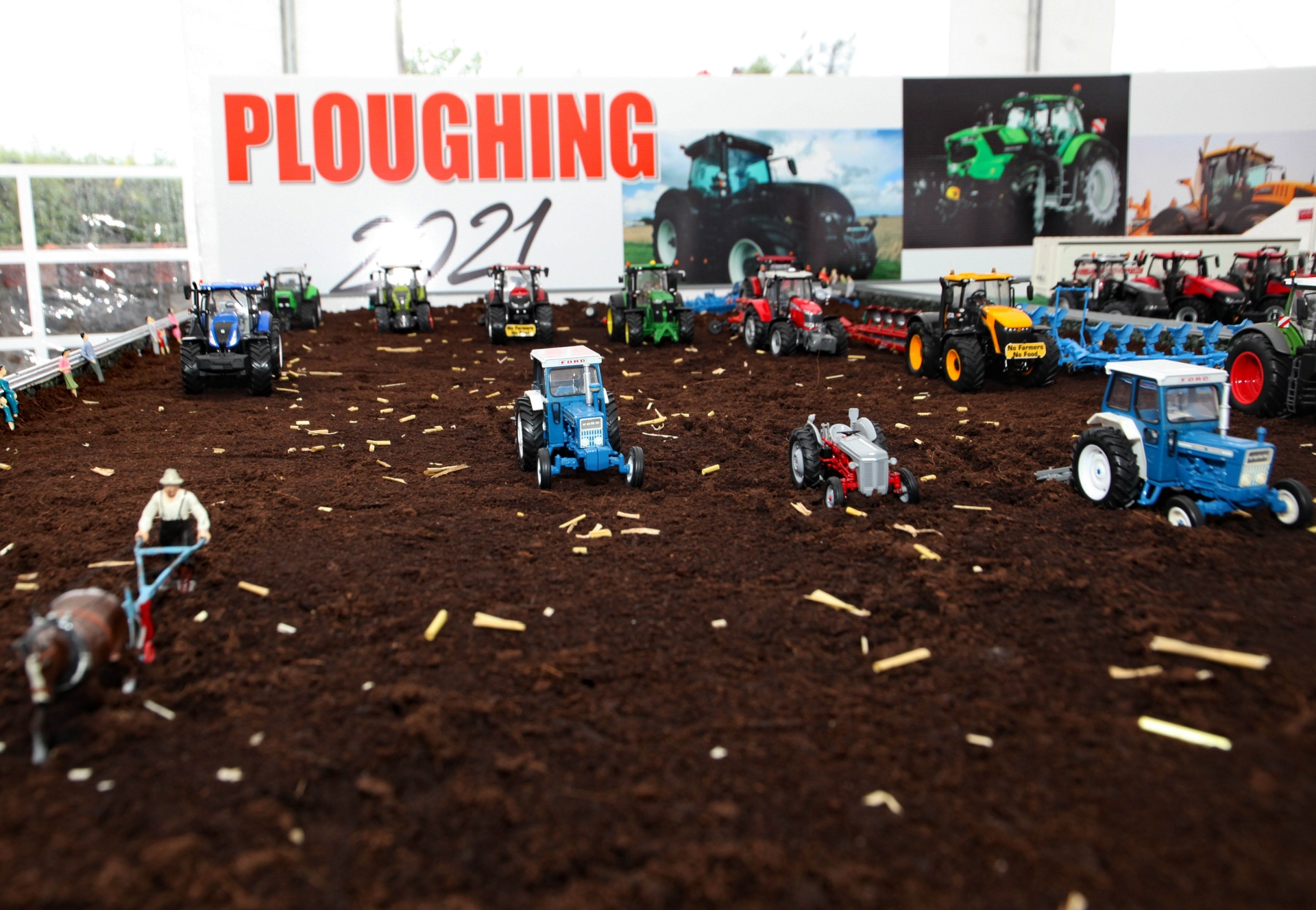 “I was working for the contractor Tom Relihan. It was Tom that brought it to Crecora. We were involved in making roads, doing all kinds of bits and pieces, I'd say for at least three weeks, maybe a month before the ploughing arrived.

“There was a huge buzz. There was an amount of planning that went into it by the ploughing and everybody in Crecora. Nearly every second house became a B&B!” said John.

When he had completed this display and looked down at it, “You actually got a sense that you were at the ploughing”.

If others who watch the video get the same feeling John will be a happy man.