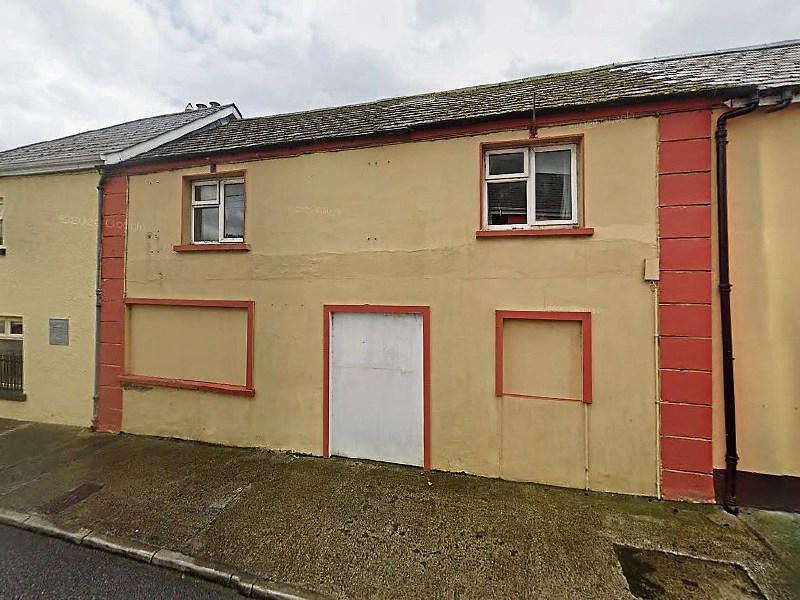 This derelict property at Main Street, Ardagh was recently acquired by the local authority

LIMERICK City and County Council has been accused of double standards when it comes to derelict and run-down properties.

Riordan’s, a pub and restaurant on the Main Street in Abbeyfeale has been closed for several years and is now the property of the council as part of a multi-million euro traffic management plan for the town.

But the building is rat-infested and parts of it are falling off, according to local publican, Daniel Murphy, whose premises are across the street from Riordans. “It is a derelict building in the centre of town,” he said. He has contacted the council several times in the past two years calling for some action to be taken but nothing has happened, he added.

Yet at the same time, Mr Murphy said, the council is posting notices on several buildings around town, demanding that the owners “bring them up to standard.”

“In the event the owner is not in a position to renovate the property, the council is threatening to bring the person to court with enforcement orders and threatening to take the property from the owner.,” he said. Property owners are also being told they will have to pay all legal costs, Mr Murphy said.

But, he argued, he can’t bring the council to court for what he regards as their derelict property.

“It can’t work both ways,” he added. “You can’t have one law for one and another law for somebody else. It’s ridiculous.”

At this month’s meeting of the Newcastle West Municipal District, Cllr Jerome Scanlan raised a similar point. He circulated photographs of council-owned houses which were either derelict or falling into dereliction.

In Newcastle West town alone, there were seven such houses, he claimed.

Some of these houses had been bought by the council as long as five or six years ago and have been left fall into decay and left without tenants ever since, the councillor pointed out. It was shameful and distressing for those neighbours who keep their own places neat and tidy, he said. If one of them did what the council is doing, he argued, the council would be after them.

“It is time we got off the pot,” Cllr Scanlan said, pointing out that there is a housing problem with people crying out for houses. Furthermore, he added, the council was losing potential income of €50,000 a year by leaving the houses empty.

“Can we carry ourselves to court?” asked Cllr John Sheahan.

“These are our housing stock,” Cllr Liam Galvin said, before citing an example of a family from Newcastle West being left homeless. “I never thought I would see the day.”

He called for someone to be appointed to the Newcastle West district who would take control of dereliction and of the housing application process.