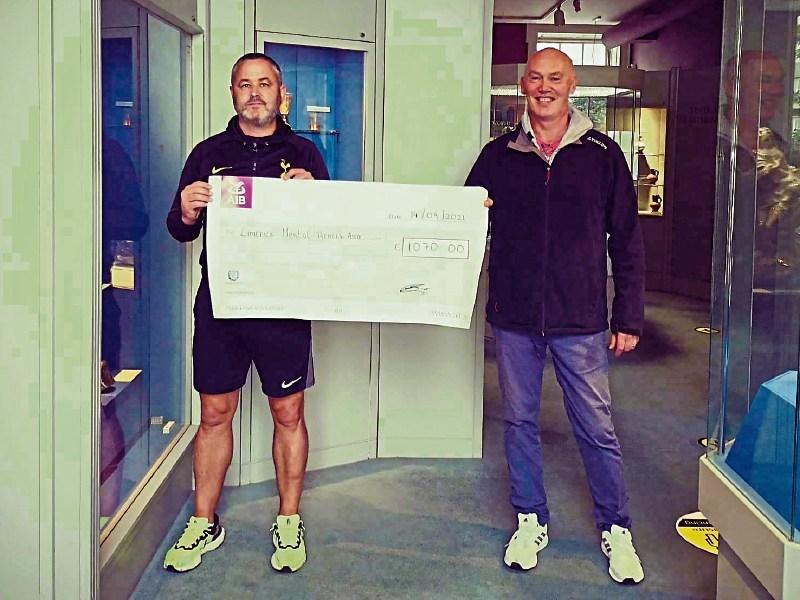 Supporters of the North London team based in Limerick secured a signed Tottenham jersey for the raffle in aid of the association, which exists to signpost services and promote positive mental health across Limerick.

In a funny twist, supporters club chairman Paddy Hartnett saw his own entry come out of the hat first for the shirt – but he insisted this go back in the draw.

While Crecora man Joshua Killing scooped the shirt, the real​ winners were the Mental Health Association, which received the proceeds from the draw worth €1,700.

Paddy said: “I had bought my ticket to enter and the draw was videoed and everything was above board, but much as I would love the prize for myself, I felt it only fair that another Spurs supporter should win it.”

It’s the second year in a row the supporters club has teamed up with the mental health association, but with Covid-19 restrictions, it was not possible to do a fundraiser – so it was agreed to prolong the partnership.

She thanked Paddy Hartnett, the Limerick Spurs Supporters Club and Tottenham Hotspur FC themselves for helping to organise the fundraiser.

As for Tottenham’s first team, they have made an indifferent start to the new Premier League season, winning three, but losing the last two games, both times by a 3-0 margin.