New e-scooters put through their paces at University of Limerick 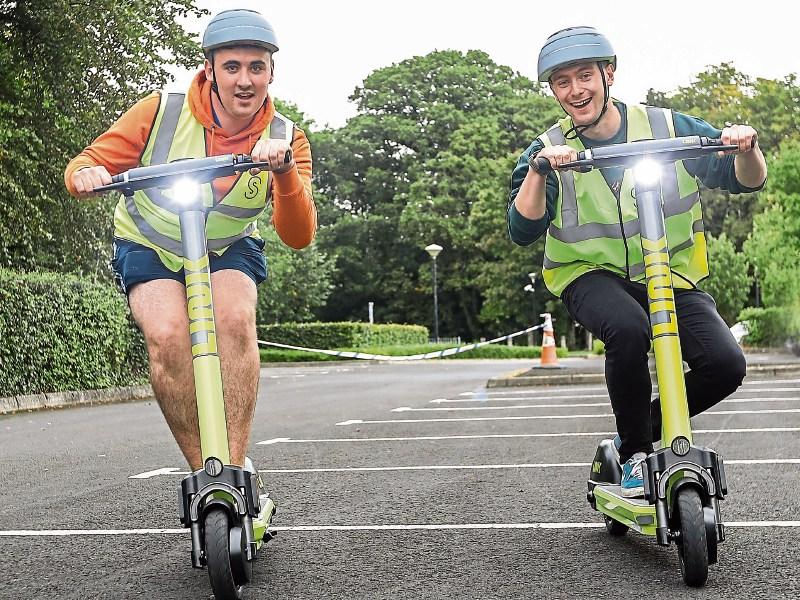 A NEW style of e-scooter system looking to come to the city was trialled at the University of Limerick campus.

‘Superpedestrian’ hosted their first small scale Irish demonstration roadshow, highlighting their fleet of LINK e-scooters, which were developed as a result of eight years AI development and two years hardware design and testing.

Currently, 60 per cent of the US transportation robotics company’s fleet is based in Europe, and they are looking at Limerick as a technical hub base for Europe and the Middle East.

Superpedestrian Policy Director for Ireland Jean Andrews stated that the LINK e-scooter is the smartest and safest in the world. “It has a vehicle information safety system technology that protects the scooter and maintains it, acting like a mechanic. We also have a triple braking system and an operating system that runs 1,000 vehicle health checks per second.”

Pedestrian Defence technology stops the LINK scooters from riding on the footpath in real time. This internal software system also protects riders by detecting aggressive riding, wrong-way riding, heavy swerving, hard braking and collisions, and can take over the scooter in under a second, compared to the industry standard of 30 seconds.

Every single rider will be graded in safety terms. Safe riders will be rewarded, whilst those who engage in dangerous behaviours will have targeted education sent to their mobile phones.

The shared scheme scooters are accessed through an app, where potential riders take out the LINK app and scan the QR code attached to the scooter, where a meter linked to their account begins.

“We are engaging with the City Council and officials here in Limerick to share details on the scooter and technology. We are also exploring some research partnerships; we have been speaking with LERO here at UL around software research,” Jean informed.

Green Party Councillor Limerick City North Sasa Novak stated that bikes and e-bikes are the future of city transport as they move people away from short unnecessary journeys in cars.

“Even though they are not legalized here in Ireland, when the legislation does come in, we need a lot safer infrastructure in the city for the scooters to be used properly and then I think it is going to grow exponentially,” she said.