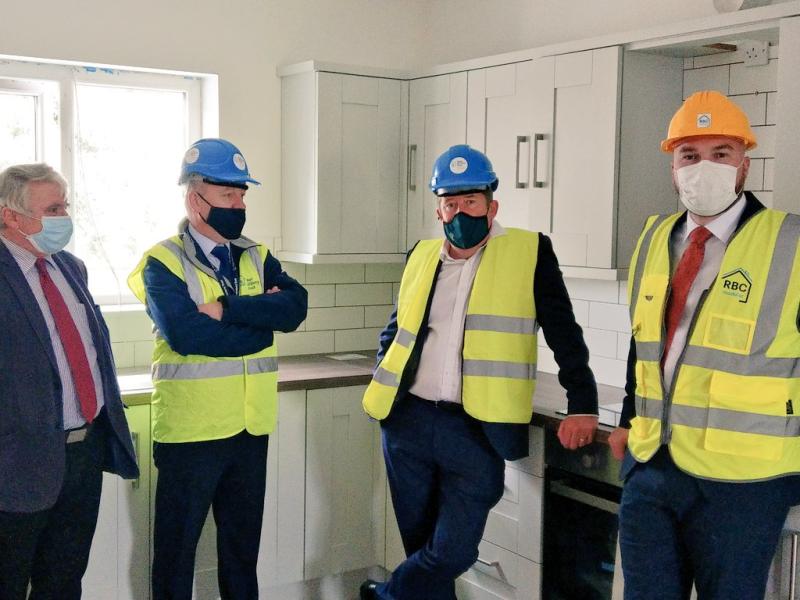 THE government is to produce guidelines for rural homes by the end of the year, the Minister for Housing has said.

There’s huge opposition among local councillors to the proposed development plan, which would all but rule out any permission being given for once-off rural housing.

This is because of guidelines given in the National Planning Framework which will see the need for a functional or social requirement for houses on their own.

But councillors here feel this could spell economic ruin for farmers who want to sell land for single homes, or indeed allow sons or daughters to build on their land.

Asked about the opposition on a visit to Limerick recently, Minister Darragh O’Brien said: “Government will issue revised rural housing guidelines before the end of this year. It’s been 10 or 11 years since these were updated. All of us want to see good planning. We want to see our cities and towns developed. But we need a balance too, to rural communities.

“Our rural towns and villages are really important. Government has a town and village centre-first approach, and we are providing through that plan some funding to make it happen,” he told the Limerick Leader.

The development plan as presented will likely rule out one-off homes as it must reflect the already-adopted National Planning Framework, which will govern the granting of planning permissions across the next decade at least.

But many local members, including notably Liam Galvin in Abbeyfeale, have said they will reject any strategy which would leave these type of units.

The Housing Minister said: “It’s important to note the development plan is a reserved function of the councillors themselves. It’s their function to do it. We must be cognisant of the National Planning Framework and make sure into the future, we are planning towns, villages and our cities like Limerick to the best of our ability.”

He said there will always be a role for rural housing.

“I represent a community in Dublin where two-thirds of it is rural – small villages, farming families. So I am acutely aware of it, and how it can become an emotive subject. But we always have to do this in a planned and considered way too,” Mr O’Brien concluded.