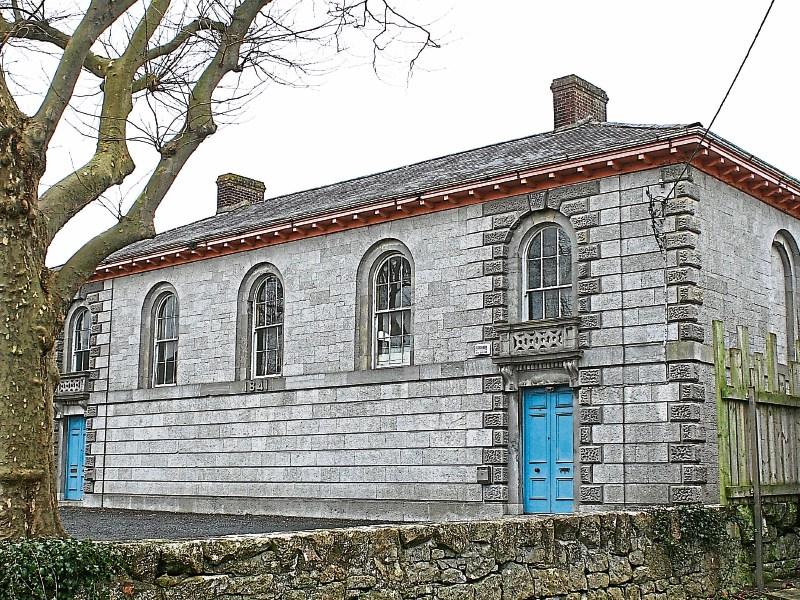 “BY standing up for yourselves and your community, you have achieved much more than any substantial award,” Judge Carol Anne Coolican said at Newcastle West district court when she awarded €200 each to five Charleville women who had claimed discrimination because they were refused entry to a concert at the Castletown Pattern Country Music Festival.

All five women described themselves as Irish Traveller women.

“I note what is said by the applicants,” the judge said. “They were looking for justice and respect. They were fighting for change. They have done that by coming here and by getting my decision. That is their victory today.”

The “nominal fine” was levied in the knowledge of that, she said and she also awarded costs to the women.

The case was brought under Section 19 (2) of the Intoxicating Liquor Act against publican Mark Foley, Ballyagran, who had been issued an occasional licence for the festival which was run by the Castletown Development Committee in August 2019.

The five, four sisters and the daughter of one of the women, had planned a girls’ night out at the Castletown Pattern Festival on August 16, 2019. But when they arrived at the entrance to the festival grounds, they said they were refused entry by security guards who told them it was “locals only”.

At first, they thought that was a joke but when they challenged it, as they lived only a few miles away and saw other people from Charleville enter the grounds, they were told it was because no members of the Travelling community were being allowed in.

Mr Ryan put it to each of the women who gave evidence that there was a “stand-off” in progress when they arrived and everybody was being stopped from going in until it had de-escalated.

The stand-off arose, the court heard, because certain people, who had made threats to security the previous year, had turned up but were not being allowed in. All five rejected the suggestion that everybody was refused because of the stand-off, saying that other people were allowed in but not them.

In her evidence, Anita Toner said she was the chairwoman of a human rights organisation, The Travellers of North Cork. She was “excited” to be going to the concert, she said, but when they realised the security guards were being serious, they stood to one side.

“It was quite humiliating and embarrassing,” she said and she went back to the car for a while where she sat crying. She then returned to the barrier where she was told that the committee had decided that no members of the Travelling Community were coming in.

The incident had an impact on her, Ms Toner said. “I feel isolated.” Her husband and friends are from the settled community, she explained. “I am afraid to go for lunch in case I don’t get in. I am afraid of going to dinner with my husband because I might not be let in.”

Her sister, Theresa McCarthy, said she was “mortified” when she was refused entry.” “I felt so low, so downgraded where I am working trying to make change,” she said.

“I am married to a settled man. I am working in a job. I am educating my children.” She gave evidence they were told a decision had been made and “there is no coming in tonight”. She disagreed “100%” there had been a stand-off lasting 30-60 minutes during which no-one was allowed in.

“We were all excited for the night out,” Margaret Meehan said. “This was a bit of me time, the sisters getting together.” When they were not left in, she said, “we were quite embarrassed. We felt isolated. We felt we were brushed off.” At that time, she held a manager’s post in the Traveller development organisation she said, yet she was asked for ID.

Margarita McCarthy said she was a lone parent with a child who has special needs. “It is very hard for me to get out. I don’t get out that often,” she said. After the incident in Castletown, she said: “I don’t go out at all. I am too embarrassed.” She had a lot of settled friends but had not been refused before. “The one time I was refused, I was so excited about getting my night out.”

Mary Conway said she can no longer listen to Clíodhna Hagan who was in the concert that night as it “brings back the night to me”. She said she was asked her name and her mother’s name by someone she believed to be a committee member and believes she was refused “because of who I am”.

“I am doing this, not for me, but for my children. I don’t want them to go to a bar, a restaurant and be told no. It is about getting justice and respect. It was five mothers getting out. We can’t take back what happened now.”

Joe Cleary was in charge of security that night and the court heard he told people who had been involved in an incident the previous year and who turned up in 2019 that they were barred. He thought it could turn nasty as there were “15 or 20” different people “roaring” at him on the road, he explained and for safety reasons, he decided to stop everyone coming in for a time.

He said he saw the women talking to the family that was barred. “I knew if I let them in there would be war. I said there was going to be uproar.”

For 30 minutes to an hour, nobody entered, Mr Cleary said. “I didn’t let anyone in that gate while that incident was going on. I am telling no lies.” He had no recollection of saying “locals only”.

Denis Cagney said he was a member of the voluntary committee which had revived the festival in 2007 and was in the ticket box, a short distance from the barrier on the night. About 8.30pm a group arrived that had been barred because of the previous year’s incident.

Joe Cleary, he said, stepped out on to the roadway to stop them coming in. It was a group of five or six that rose to 10 or 12 and it went on for half an hour or 45 minutes, he said. “Physically, no one could get through,” he said and other people were gathering “standing back” in the roadway. Nobody was coming in for 20 to 30 minutes, he said and everything de-escalated after 30/45 minutes.

He disagreed with statements by the women that there were very few people there when they arrived.

The court heard that all five women had previously attended the festival, that Traveller families visit the Holy Well as part of the Pattern Day and that acts from the Traveller culture had performed at the festival.

In her judgement, Judge Coolican noted the conflict of evidence and that the claim, under the Liquor Act, was based on “prohibitive conduct” which includes discrimination or harassment at a point of entry. “I am satisfied there was discrimination against the named five on the night in question,” she said.

She noted the event wasn’t in a licensed premises but an occasional licence had been issued to Mark Foley who wasn’t there on the night in question. She hoped the committee would “stand behind him” she said.

The Castletown Development Committee was indemnifying Mr Foley, Mr Ryan BL said, pointing out that the committee, which was entirely voluntary, had funded the reroofing of the community centre and paid for its upkeep.

It also held Christmas dinner for senior citizens and regular donations were made to charities.