Jingle all the Way walk raises over €26,000 for much-loved Limerick charity 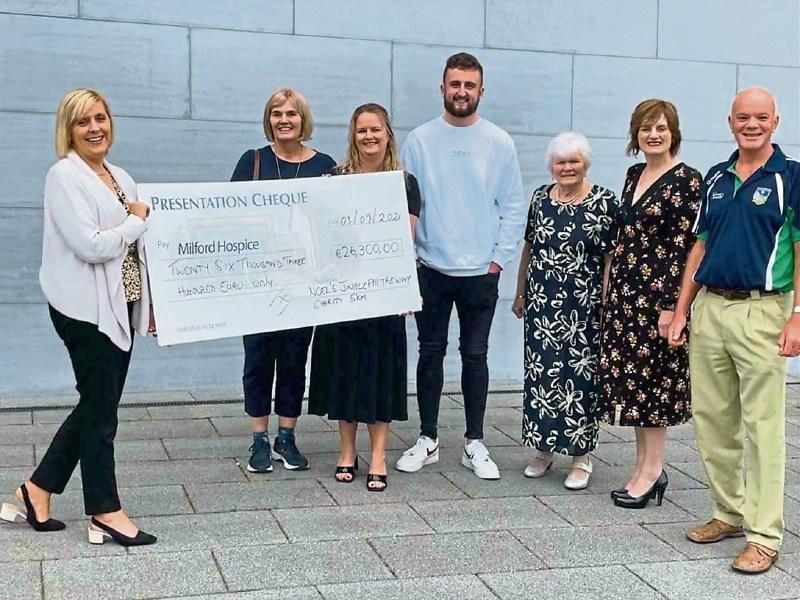 THE Limerick public’s generosity to Milford Hospice has been shown once again, with more than €26,000 raised for the care centre.

He passed away after bravely battling cancer, with the father-of-two also caring for his wife who had motor neurone disease.

Members of the Noonan family – Sharon, Emily, Brian, Norah and Deirdre – were on hand to present the proceeds from the charity event to Anne-Marie Hayes of Milford Care Centre. Also pictured is one of the organisers of the event Leo Kirby.

He thanked everyone in Limerick who took part and gave their support to the fundraiser.