50th anniversary of IPAV marked in style at Limerick event 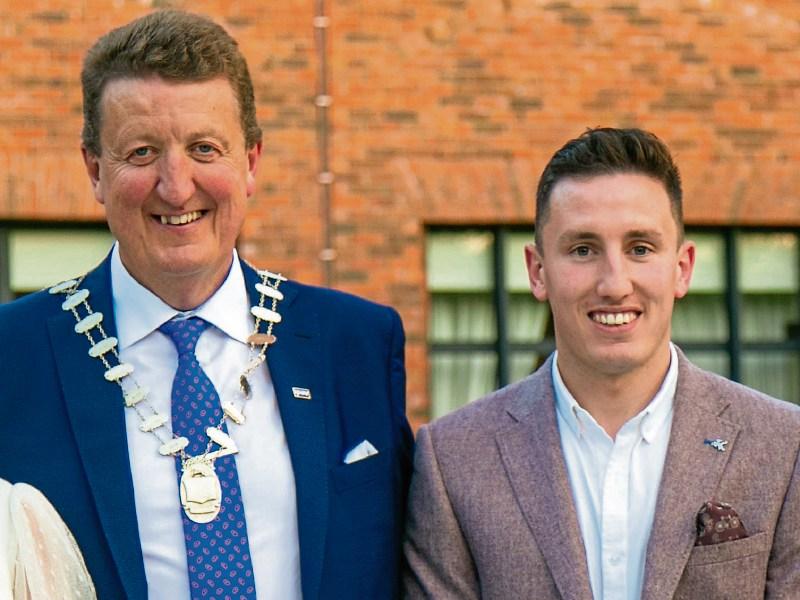 Father and son: GVM’s Tom and Paul Crosse at the launch

TO mark its 50th anniversary this year, IPAV, the Institute of Professional Auctioneers & Valuers, has launched a publication charting the course of its development.

The History of the Institute of Professional Auctioneers and Valuers 1971 to 2021, written by Andrew Hughes, archivist, historian and novelist was jointly launched at a ceremony at the Castletroy Park Hotel by Tom Crosse, 50th President of IPAV and Group Director of GVM Auctioneers, and Tom Donnelly, the 11th President of IPAV.

Speaking at the event, Mr Donnelly gave an account of the early years.

“From April 14, 1971, when 10 farsighted auctioneers and valuers gathered in Barry’s Hotel, Dublin, to this day, we have been the professionals who have advised and helped buyers and sellers of properties, land and art works, achieve optimum outcomes,” said Mr Donnelly.

Mr Crosse said long before the State set up the Property Services Regulatory Authority in 2012, with which their institute works very closely, IPAV effectively fulfilled that role in providing education and training for members and developing standards for the profession.

“Our profession is based in every village and town in Ireland. We have always been very close to those whom we represent and our members have an unparalleled depth of knowledge of the history of Ireland’s land and property markets.

“IPAV as an institute has an excellent range of education and training programmes for those aspiring to enter the profession, as well as those within the profession wishing to progress,” said Mr Crosse.

Pat Davitt, IPAV’s Chief Executive, said the profession of auctioneering, despite massive changes in technology and working methods, remains as relevant today as it was in the 1970s with “terrific career opportunities” for those with a desire to join.