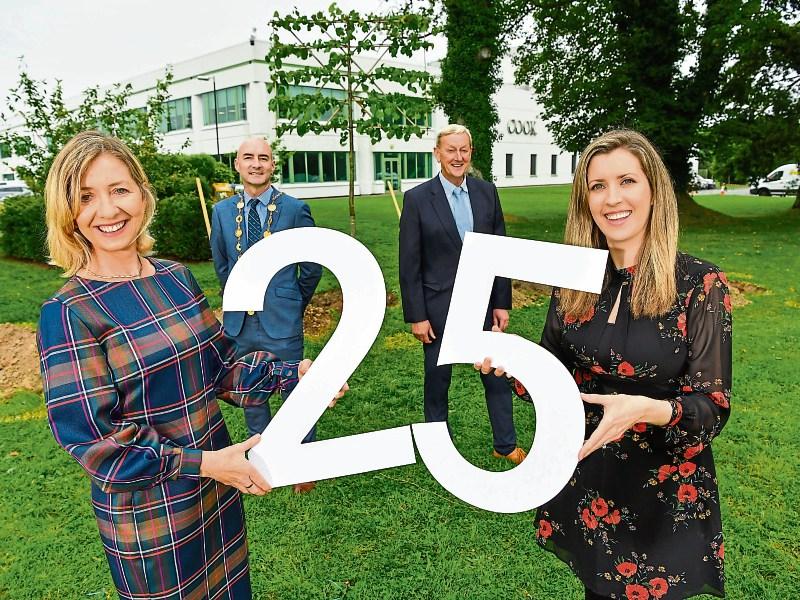 THE managing director of Cook Medical’s European division has revealed the start of the Covid-19 pandemic saw a “horrific” drop in revenue for the company.

But as it marks a quarter of a century in Limerick, Bill Doherty says the firm, based in the National Technology Park, has since recovered strongly.

In March 2020, with both private and public hospitals taken over by patients suffering from coronavirus, the devices Cook Medical produces, mainly for elective surgeries were not required.

Taking up the story, Mr Doherty, who hails from Rosbrien, said: “We were impacted initially quite badly. A lot of the product we make are for elective surgeries. All of the hospitals around Europe pretty much closed in the early stages of Covid-19 and were given over to Covid-19 patients. It essentially meant we saw a 20% drop in revenue in the space of two weeks. We had to react very quickly to that, which we did.”

It meant Cook Medical had to place some of its 850-strong workforce on short-time.

But Mr Doherty said within a short period, things began to pick up – but he pointed out that the firm still feels the impact today.

“We are lucky. People speak about the V-shaped curve. We found the leading edge of the V was very steep and the trailing edge was a bit smoother. April and May was the bottom of the curve for us, and we started coming back. The initial drop was spectacular for all the wrong reasons. We are still seeing the impacts today – certain regions and countries are still under pressure” he told Business Leader.

Back in 1996, Cook Medical opened at the National Technology Park after its top brass in the Indiana city of Bloomington settled on Limerick for its investment.

Since then, it has expanded from one office to two bases locally, with the latter facility providing a space for the firm’s research and development and commercial capabilities.

“This commercial operation is very important to us. It signifies we have moved from a manufacturing-only space into a commercial space, and that’s really important in the world we live in,” he explained.

Asked if Cook has any plans for further expansion in Limerick, the boss of the facility said: “You never know – it’s an uncertain time at the moment. The campus here has a lot going for it. We have extra space here and land available, so I’d be hopeful in the years ahead.”

One tree was put in place for every year the company has been in Limerick as part of an interwoven copse at its entrance.

Mayor Daniel Butler was in attendance.

He said: “The region has benefited significantly by its presence here not only as a major employer but also in how it has contributed to the community with initiatives like the Cook Medical Women’s Mini Marathon, forging links with our third-level institutions and being a key player in developing Ireland’s and the region’s medtech cluster. I wish everyone at Cook continued success for the future.”