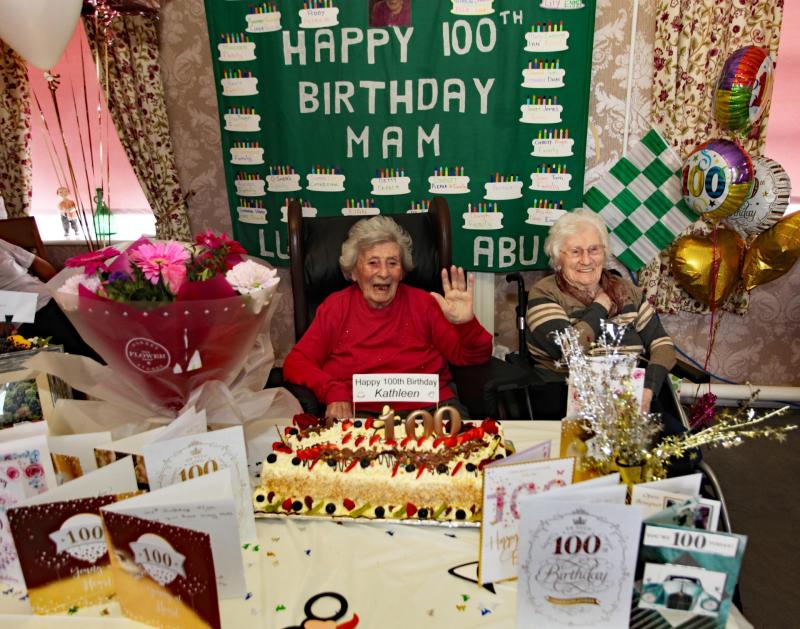 A HEALTHY life by the river has helped Limerick woman Kathleen Reale reach the ripe old age of 100.

Kathleen, whose nephew was the former mayor of Limerick Paddy Madden, was joined by family and friends as she marked her centenary at St Camillus Hospital, where she has lived for the past four years.

She was born Kathleen Madden in 1921 at Plassey, and her daughter Rose recalled  how she and her friends traveled on an Guinness barges to get to St Patrick’s National School.

“They’d have to take their shoes and socks off and go through a little stream before they could put them back on again ahead of getting to school. Sometimes, the teachers would be cross with them for being late, and when the Parish Priest heard about it, he said to the teachers – don’t ever give out to these children, if you knew what they had to go through to get to school,” she said. 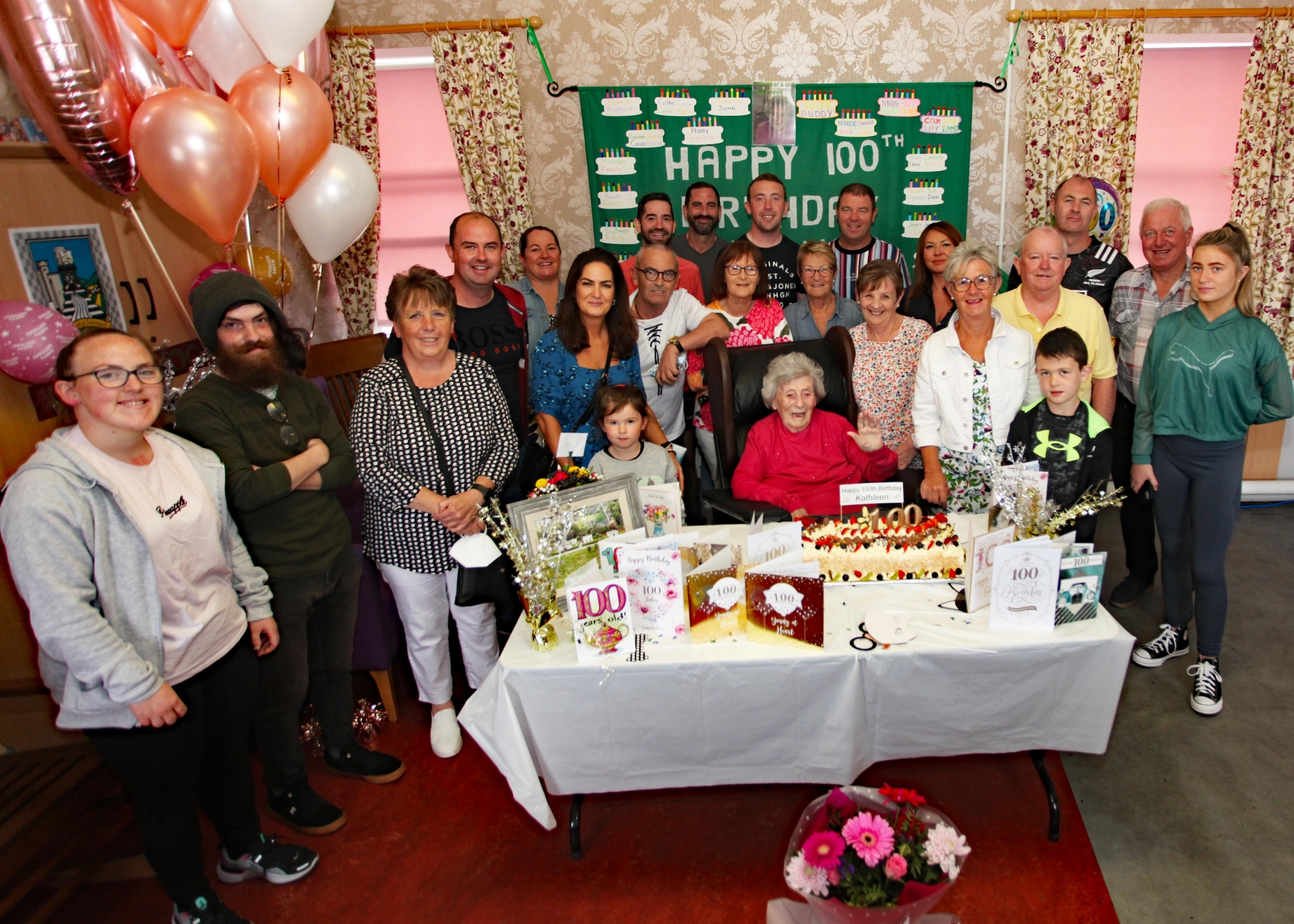 Later in life, Kathleen and her family moved to the Canal Bank, before she married Charles, and they lived in the Greenhills Road. Since 1955, they had lived in the Claughaun Road.

Charles was a butcher and Kathleen worked as a seamstress in Todd’s.

Rose, who was one of eight children said: “She’s a great woman, a real community woman. She never let us away with much – she was strict! She is a great auld trojan worker, always doing something.”

Kathleen never strayed far from the river, and later in life bought a hut up by her native Plassey, cycling there without fail every single day.

She was still on her bike up to the age of 90, her daughter said.

Rose said: “I used to ask her, Mam, why are you going up there? And she’d say to me, that when I shut that door in Plassey, it’s another world to me.”