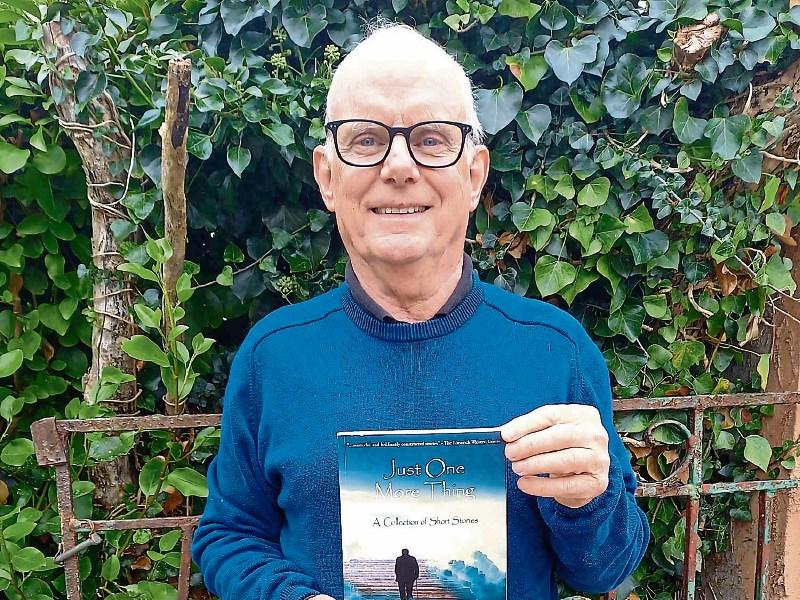 WRITER Pat McLoughlin insists he is not a man in a hurry. But Pat, who began writing in retirement, is now about to launch his fourth book in four years, a collection of short stories called Just One More Thing.

And while Pat admits that sending his fourth book out into the world is less nerve-wracking than his first, he still finds it hard to think of himself as a writer.

“Never in my wildest dreams would I have thought I would write a paragraph, he explains. Once he retired from his ESB job, he took on a number of courses “to fill my days”, one of which was a creative writing course at the Limerick Writers Centre. “I found I wanted to keep at it,” he says.

But he was, at first, hesitant and even reluctant to go into print. In fact, his first published story was in an anthology The River People in 2017. In the four short years since have come two collections of short stories, To Weave With Words and From Head to Tale and a novel The Canary in the Mine.

“It has given me more confidence,” Pat confides. “But I still think I am a bit of an imposter.”

Award-winning author Donal Ryan thinks otherwise. “ Pat McLoughlin has a wonderfully keen eye and ear and an admirable ability to compress a world of story into a single sentence,” says Donal.

He describes the new collection as “a joy to read” and continues: “These tales of love, loss, trial, triumph, of life and death and all the unexpected vagaries and struggles and joys that assail us in between, will resonate with even the most jaundiced reader, and brighten the darkest of days. This is humane, empathetic and blessedly sincere storytelling.”

For Pat, the idea comes first. “I don’t set out and say I will write. I wait until the idea comes into my head. I am not writing to any deadlines as I find that writing like that takes the enjoyment away.” But write he must and he writes for up to three hours most days, giving himself the time to write and rewrite “to stitch and unstitch”.

“Most of the stories are pure fiction,” Pat continues, but adds that a few have a basis in fact. Besides, he says: “The best way to tell the truth is through fiction.”

The launch, which was due to take place this Friday has had to be postponed but the book has gone on sale in Tony Hayes shop, Newcastle West; Garvey’s, Rathkeale and O’Mahony’s in Limerick or online through limerickwriterscentre.com

Just One More Thing is published by Revival Press, the imprint of the Limerick Writers Centre and costs €15. All proceeds will go to charity.

Adare goes all out for Poetry Town festival