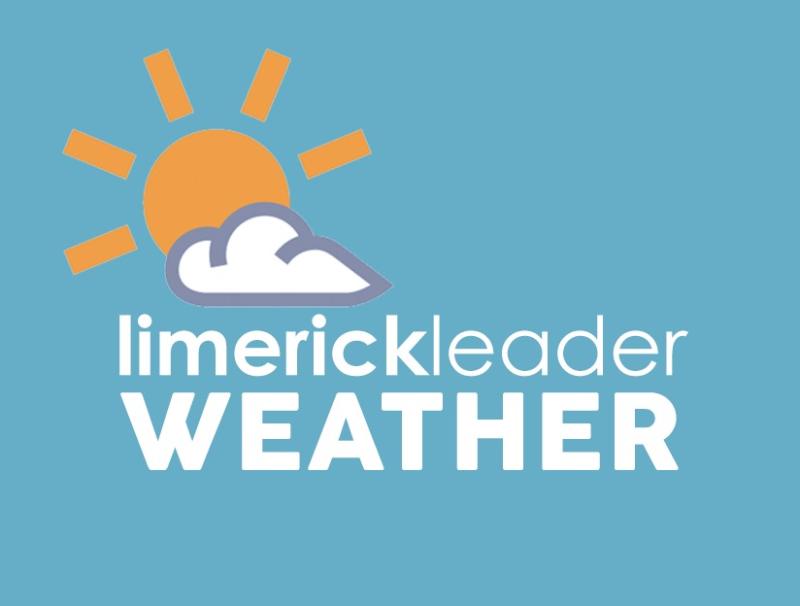 After a rather misty/foggy start to the morning in Limerick, it will brighten up to leave a dry and very warm day with long spells of sunshine. However, fog will linger along southern coasts at times. Highest temperatures of 23 to 26 degrees in a light east to southeast breeze.

NATIONAL OUTLOOK
Overview: It will gradually become more unsettled from midweek on, as low pressure near Ireland will bring showers for the rest of the week with some heavy or thundery downpours. Nights will remain mild but daytime temperatures will gradually return to the high teens or low twenties.

Tuesday night: Tuesday night will be dry for most but well scattered showers will extend from the south overnight, spreading to much of Munster, Connacht and south Leinster by morning and occasionally becoming heavy. Another mild night with temperatures no lower than 15 to 17 degrees with patches of mist and fog developing in a light easterly or variable breeze.

Wednesday: Another warm day on Wednesday with a mix of sunny spells and scattered showers, turning heavier and more persistent later in the evening. Highest temperatures of 20 to 24 degrees generally in a light to moderate southeast breeze.

Wednesday night: Showers will become heavier and more widespread on Wednesday night. Staying mild and humid with temperatures generally not falling below 16 or 17 degrees with pockets of mist and fog developing once again.

Thursday: Widespread showers will continue on Thursday, turning heavy at times with the potential for thunderstorms. Temperatures falling back slightly with highest temperatures of 18 to 21 degrees in a light southerly or variable breeze.

Thursday night: Showers will ease and become more scattered on Thursday night, with some dry and clear spells developing. Lowest temperatures of 14 to 16 degrees with mist and fog developing in a light southerly breeze.

Friday: Friday will bring a mix of sunny spells and scattered showers. Highest temperatures of 17 to 21 degrees.

Next weekend: While there is some uncertainty in the forecast for next weekend, current indications suggest that there will be a mix of sunny spells and scattered showers with temperatures generally in the high teens.