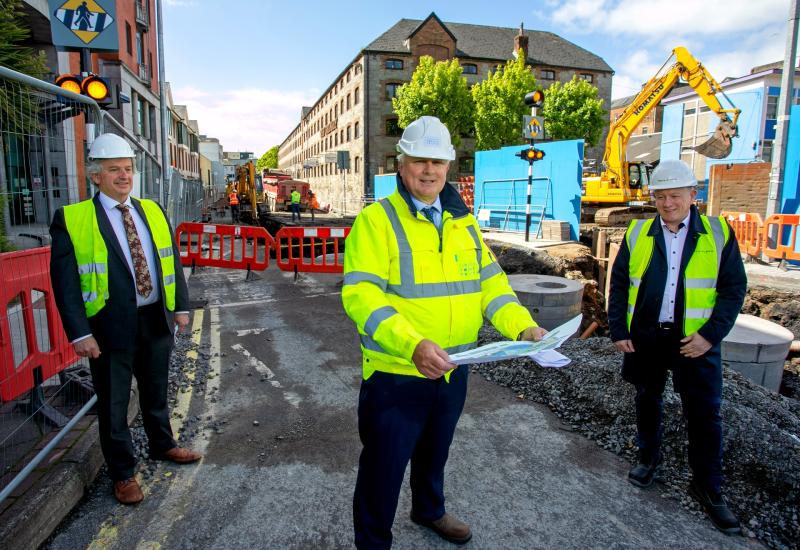 A TOP architectural practice has been awarded the contract to design key elements of the Opera site, including the 14-storey tower at its heart.

Henry J Lyons is in place to work on the completion of the fully co-ordinated scheme and design of two separate contracts at the €180m Patrick Street redevelopment project.

It includes new builds, conservation works on existing buildings and public realm across the 3.7 acre site.

The 14-storey tower, which will be home to the Revenue Commissioners, is the centre plank of the site which will transform an out of use site in the heart of Limerick.

The contract also covers the transformation of the existing Town Hall plus 8 and 9 Rutland Street into a new city library on all floors and a food hall and grand café at ground level.

The design brief also includes the Granary refurbishment, which will involve a restaurant on the lower ground floor , as well as the public plaza at the heart of the Opera site and other public realm designs, including at Bank Place.

Limerick Twenty Thirty chief executive David Conway said: “The Opera Site is the biggest single inner city programme of its kind outside of the capital and the works that this design contract involve will set the tone for not just the wider project but the entire city centre. We are seeking to set a new standard for Limerick and the region with the Opera Site and, through our project manager Cogent Associates, sought the best architectural partners to work on it."

Mr Conway added that Henry J Lyons is the largest architectural practice in the country and has a track record of working on landmark projects across the state and internationally. "We are delighted to have it on board and look forward to working with the team over the coming years as we build out this once-in-a-lifetime opportunity for Limerick and the region.”

The Henry J Lyons architectural firm is over 100 years old.