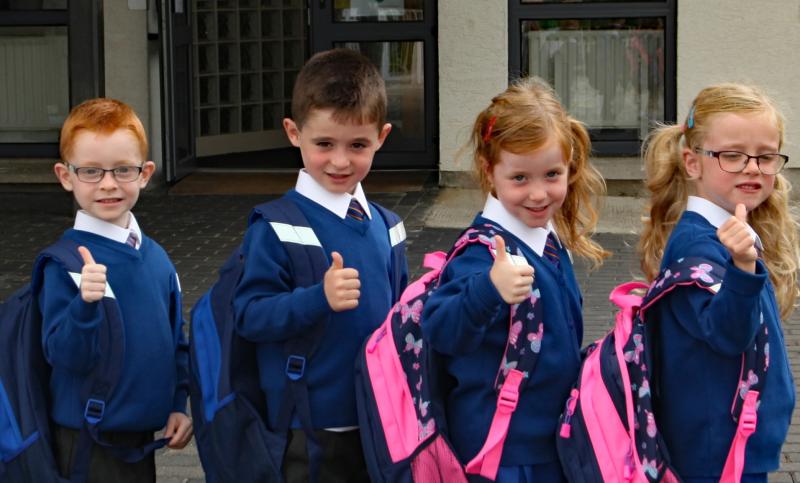 IT ONLY seems like yesterday that the Downey quads were born but here they are starting "big school".

Alex, Max, Kayla and Ashley headed off to Donoughmore National School in their uniforms this Tuesday morning. Mum and dad, Lisa and Wayne, were there to wave them off.

"They were a bit nervous, God love them, but they were very good. They had each other which was great - they were encouraging each other. They had one of our neighbours, Aisling, starting as well so they had another buddy," said Lisa.

While the kids were fine, mum was understandably a little emotional.

"I still can’t believe we have dropped them to primary school. I’m still in a bit of shock. I’m a bit emotional this morning.

"I was just saying to Wayne, I can’t believe that we're at this point already. You never think you are going to get to this point and now that it is here, it's like, 'Wow they are turning FIVE in October'. It is overwhelming when you think about it.

"It's been such a journey to get to here. Every mother wants to get to this point. It’s a milestone you’ve reached," Lisa told the Leader.

It's probably one of the very few mornings she has had to herself in almost five years.

The four were all just 3lbs when they were born at 31 weeks in October, 2016, but now they're all grown up. 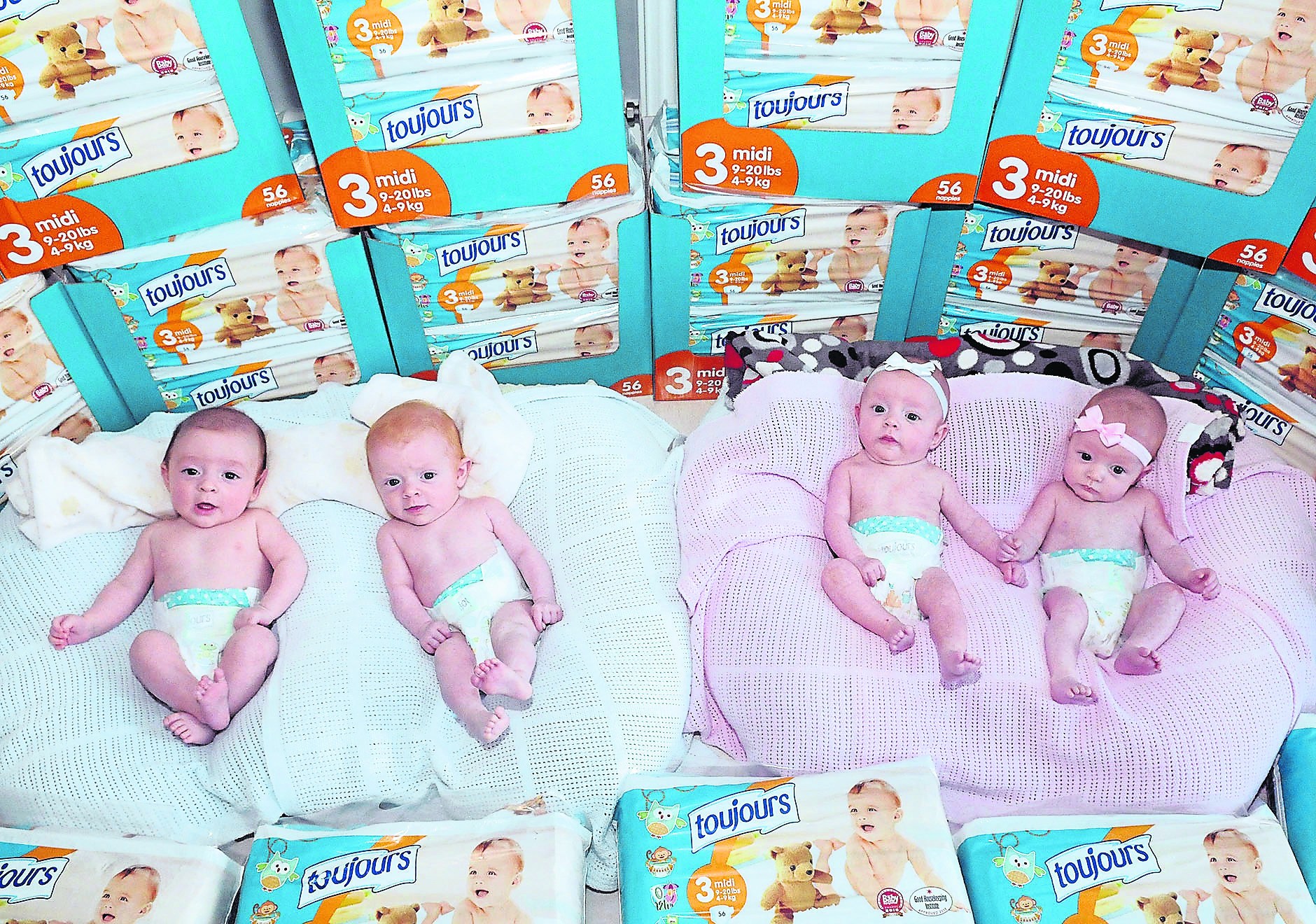 Lisa said she was a little nervous about them starting primary school because they didn't get the full two years of pre-school due to Covid.

"I felt they could have done with extra time in pre-school but they are flying it. They are doing great.

Covid has been tough on all young families but imagine trying to entertain four little ones during lockdown.

"When thing started to ease a little bit it wasn't too bad and we got our own routine going. We got through it. It was tough for everyone," said Lisa. 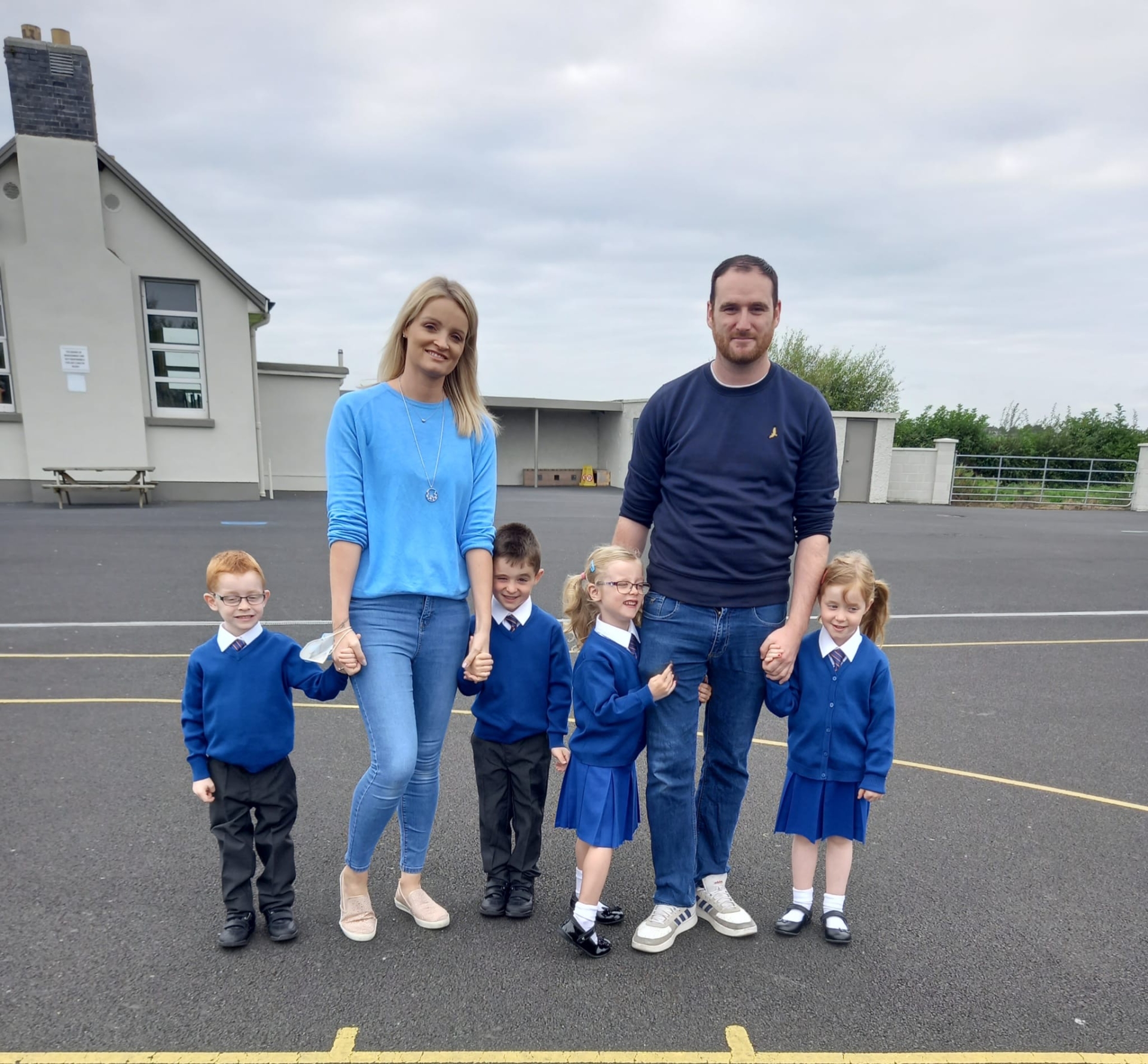 Principal of Donoughmore NS, Emer Clifford said they were looking forward to welcoming the new junior infants, including the Downeys, and all their pupils after the summer holidays.

"We've had plenty of twins down through the years but we have never had quads starting with us so we are very excited to welcome them, as we are to have all our pupils backs and our new junior infants," said Ms Clifford.