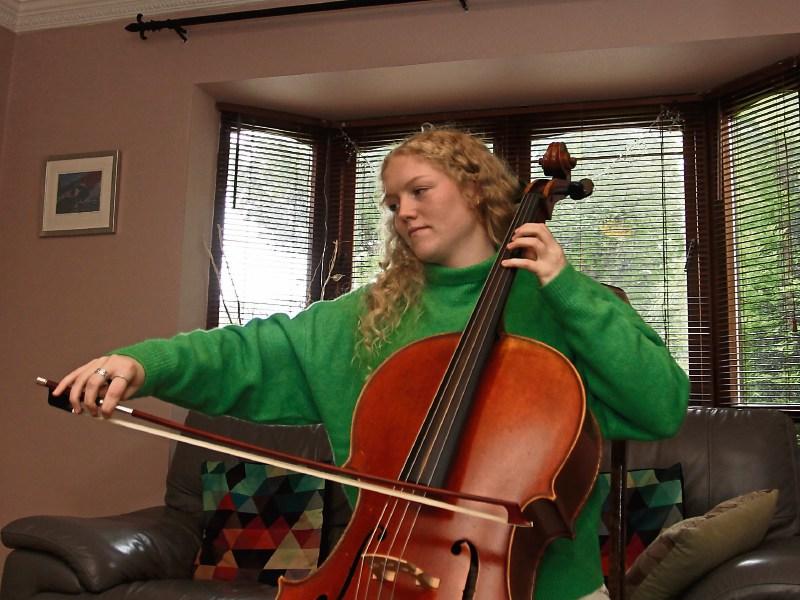 A NEW and exciting chapter in her musical career is opening up for young Limerick cellist, Aoibhín Keogh Daly.

This week, the 19-year-old flies out to begin a four year degree course in music at the Royal Conservatoire in The Hague, the oldest music conservatory in The Netherlands, having secured her place there following an arduous audition process.

“Normally, you fly over, you play and you do the theory exam,” Aoibhín explains. Instead she had to record herself playing all these concert pieces and then do the theory exam online. “It was tough but I got there in the end,” she says with some satisfaction.

Aoibhín was keen to study at the Royal Conservatoire, following her very positive experience there in 2019 when she was one of just two young Irish musicians to be selected to take part in the conservatory’s Young European Youth Orchestra summer programme.

“I just love the country and all the people were lovely. It struck me as a very friendly place,” she says. “It is such a beautiful country, so much amazing music and amazing concerts.”

She is, she admits, both excited and nervous about her new college life but does not quite know what to expect in these Covid-19 times. “From what I am hearing, it is going to be in person,” she says but adds: “We might be on campus less often.”

Whatever shape the course work takes, it will give her a chance to make her own mark. Known to the music cognoscenti in Ireland as violinist Geraldine O’Grady’s granddaughter and Oonagh Keogh’s daughter, Aoibhín is happy to be going it alone in a country where nobody knows her musical pedigree. “Everyone in Ireland in the music business knows who Geraldine O’Grady is,” she says simply, recalling also that whenever she competed in feiseanna, her musical grandaunts, Sheila and Moya, regularly turned up.

But she is sad to be leaving her mentor of three years, Christopher Marwood at the CIT Cork School of Music. “He is just amazing. I just couldn’t thank him enough. He has helped me so much.”

Having begun playing violin at the age of three, Aoibhín switched to cello at age seven, telling her mother she wanted to be able to sit down when playing. She also admits with a laugh that she “didn’t want to play the same instrument as Mum.”

Growing up, her musical and artistic interests were wide and she took part in Cantette children’s choir, in the Ceol na Mara youth orchestra, Expressive Arts and also was a junior member of Shannon rowing club for many years. A past pupil of Laurel Hill Coláiste, she also recently played in nursing homes in Limerick and Dublin as part of the Mobile Music Machine’s ‘Covid care concerts’, mainly playing in duets with her mother.

Now facing into the next phase of of her life, she says: “I would love to be a soloist. That would be the dream. But I really like composing too.”

In a lovely twist of good fortune, Aoibhín was awarded the Trench Music Award and bursary by the Birr Music Festival at the weekend, becoming the youngest ever recipient of the award.