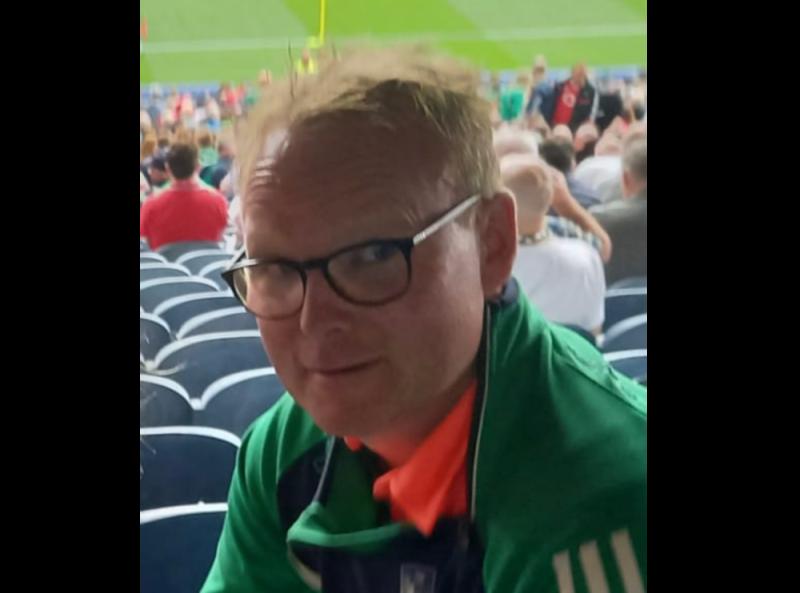 JOY after Limerick’s All-Ireland win turned to disbelief and then profound grief at news of the death of Pádraic Kearney.

The Adare man, who was at the match, fell ill afterwards and passed away. Aged only in his mid-forties, Pádraic was married to Aoiffe and the dearest dad to four children Patrick, Aisling, Caoimhe and Tadhg.

He was an intrinsic part of Adare GAA Club both as a player in his youth, a coach and most recently as senior hurling selector. A welder by trade, Pádraic was also a drummer with the popular band Free Beer.

Adare GAA Club has led the tributes saying they were deeply saddened to learn of the passing of their clubman and current club senior hurling selector Pádraic Kearney.

"We would like to extend our deepest sympathy to all the family, friends and neighbours. Our thoughts are with you all at this very sad time. Ar dheis Dé go raibh a anam dílis,” read a post on the club’s Facebook page.

At Mass in Adare on Monday morning, Monsignor Daniel Neenan said hours ago "like every other Limerick person I was on a high".

"We were walking on air with delight and excitement and pride. And particularly in Adare, having the captain Declan Hannon and Ronan Connolly from Adare, and suddenly going from that to this awful, awful news," said Monsignor Neenan.

After the Mass ended the parish priest went down to speak to the congregation.

"They were just numb, numb. Everybody says how lovely Pádraic was and I remember speaking to him one day in front of the Dunraven. His work is near the Dunraven. I went out and was chatting with him and I just came away feeling, ‘What a nice guy’. He said to me, 'If there is ever anything I can do for you in the church or here  in the parish, give me a call’.

"It’s easy to canonise people when they have died but I'd say throughout his short life people would have just recognised the specialness of the man,” said Monsignor Neenan.

People’s hearts are simply breaking at a loss of a young man, he said.

"I am thinking of his wife and their children and his mother and all of the family. It's just absolute heartbreak.

"Something like this has such power to stop us in our tracks. There is just a sense of numbness and incredible sadness in people here at the moment and, of course, disbelief," said Monsignor Neenan, who said prayers for Pádraic’s family and the whole community at this terrible time.

"As a community we will again show what we are made of, and that we have qualities of the virtuous, of being there for one another and supporting one another in times of loss and tragedy," said Monsignor Neenan.

Deputy Richard O’Donoghue, who was in Adare on Monday morning when word began to spread, said simply “My God” when he heard about the tragedy.