Meet the Woulfe that roams Cork in Limerick clothing 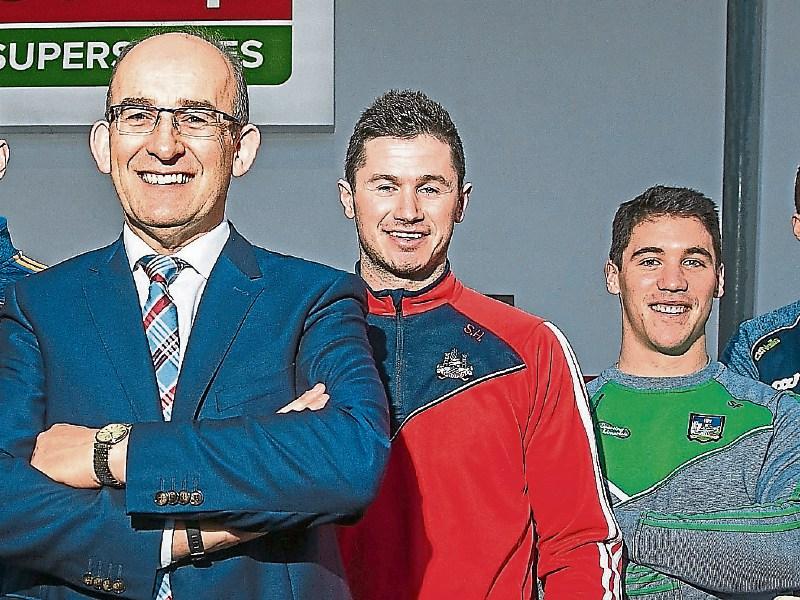 JIM Woulfe is the CEO of Cork-based Dairygold Co-Op and his wife Ann and children are Rebels born and reared so will the Ardagh man be joining them in shouting for Cork on Sunday?

“My answer is simply: The savage loves his native shore!” smiled Mr Woulfe.

How is the atmosphere this week in the Cork offices of the Limerick CEO?

“The countdown is really on now with just days to the biggest hurling game of the year and the excitement amongst both sets of supporters is building. It’s all about tickets and that subject is top of the agenda. Text message requests were landing minutes after the end of the Cork-Kilkenny game.

“The key topic of conversation with all our stakeholders – farmers, employees and customers alike – revolves around the match itself and ticket availability.  Even the weather has taken a back seat. I have great pity for the respective county runais, Limerick’s Mike O’Riordan and Cork’s Kevin O’Donovan – they’ll have to perform the miracle of the loaves and fishes to satisfy the ticket demand,” said Mr Woulfe.

He says a return meeting in Croke Park has been eagerly awaited ever since the two teams clashed in that brilliant semi-final in July 2018 with Limerick going on to take the Liam MacCarthy Cup Shannonside for the first time in forty-five years.

“Limerick have grown in stature into an experienced and respected team having delivered so much over the past few years and deservedly carry the favourites tag on this occasion while Cork are an emerging youthful team.

“The legendary Cork hurling trainer of the 1930/40s Jim ‘Tough’ Barry said in a famous interview that, ‘Cork can come overnight, like the mushroom you might say. But whereas the mushroom fades, Cork never fade and die’.

“History has proven this to be so true – 1966 and 1999 are two examples where emerging youthful Cork teams achieved All -Ireland honours after long fallow periods.

“As for Sunday, I have to be diplomatic and wish both teams the very best and not let lifelong allegiance and friendships get in the way of the enjoyment of the game,” said Mr Woulfe.