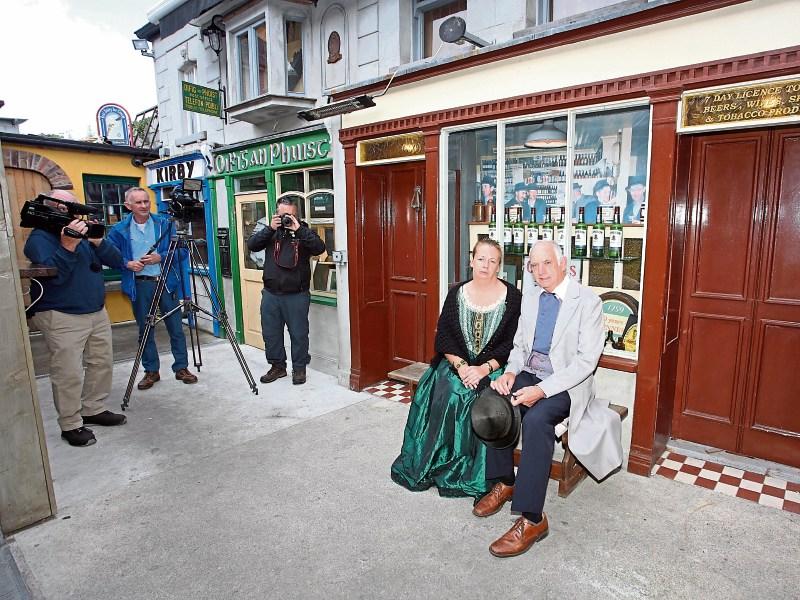 AN ambitious film project, aimed at promoting Rathkeale, got underway in the town this week,

The film/documentary is the brainchild of Donie O’Connor who presides over the town’s Welcome Centre and is chairman of the West Limerick Heritage Network.

Marrying history and the present day, the film centres on a real life event from 1847 but then “spirits” the historical characters into today’s Rathkeale.

“Today is just the beginning,” Donie said as filming began at the Rathkeale Community Centre, once the main court house for Co Limerick and a key location in the telling of the story of Daniel and Molly O’Connor. 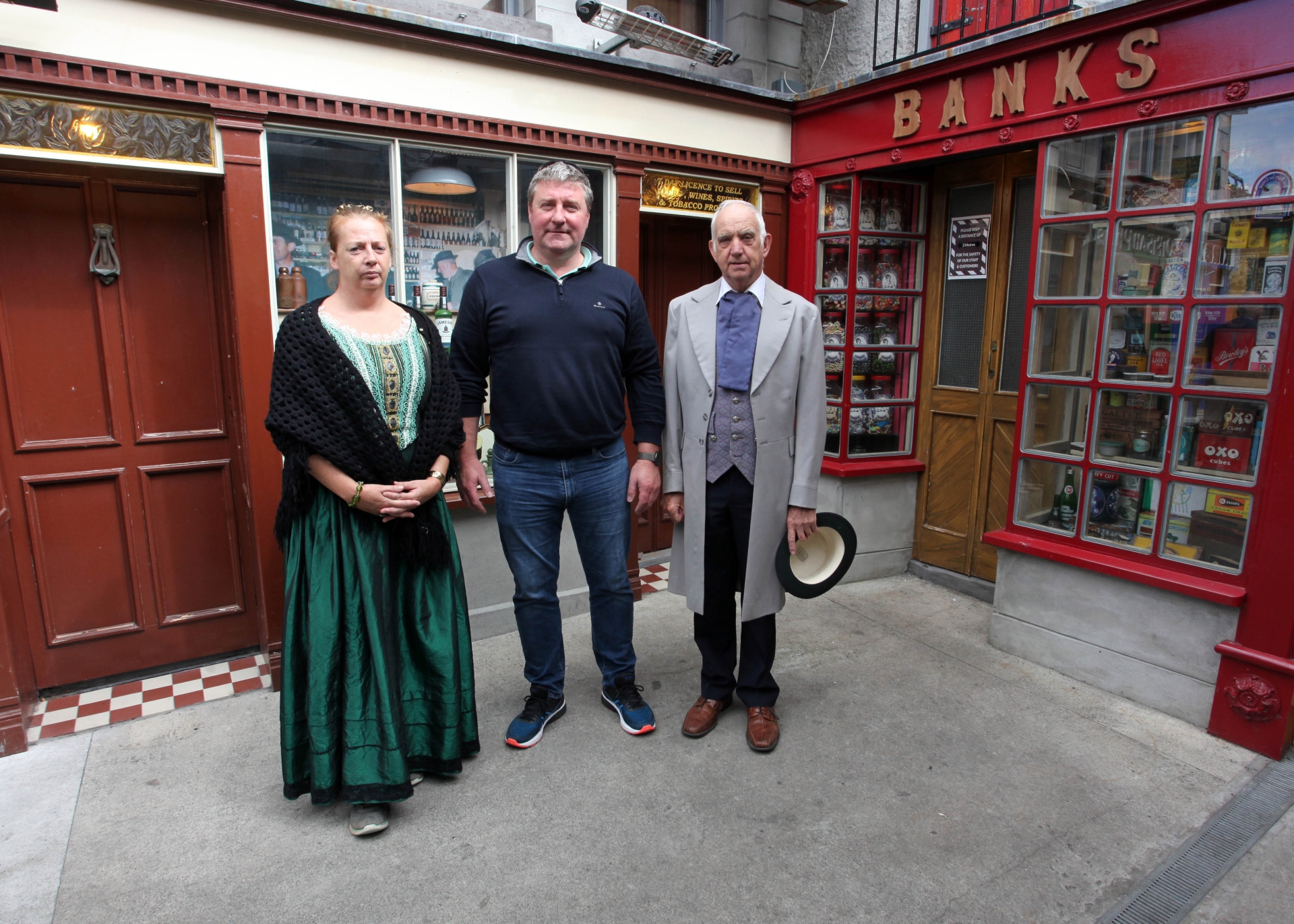 The names of the couple have been changed, Donie explains, but the main thread of the storyline is based on fact. It centres on Daniel, and Molly, and their children Mary and John who are facing eviction from their home but when Daniel protests, the family is arrested.

Daniel manages to escape en route to Rathkeale courthouse and eventually makes his way to Queenstown, now Cobh, and from there to America. Meanwhile, Molly and the children are incarcerated in one of the courthouse’s holding cells, (still visible today) and are sentenced to the workhouse.

In the storyline created by Donie, Daniel O’Connell the Liberator (who in his life as a barrister is believed to have practiced in Rathkeale courthouse), steps forward and offers to pay their passage to the New World, in their case to Canada.

En route to their new life, Molly’s son John dies and arriving in Quebec, Molly and Mary face many challenges.

Eventually, they make their way to New York where, five years after the family was sundered apart, they are reunited. Some years later their daughter Mary marries a emigrant from Rathkeale who has done well in New York.

It is this well-to-do pair who return as spirits to the Rathkeale of 2021, keen to see the changes.

To their great surprise, many of the features of 1847 Rathkeale remain: the courthouse now the Community Centre; the workhouse now the AIB meat plant, the pauper’s grave and old abbey, the Church of Ireland and the many Georgian houses along the main street. But there are huge changes too

“I am loving it,” said Helen Shanahan who plays the role of Mary in the film. “It is a way to promote Rathkeale, its history and story. I am originally from Adare and have been living here for the past 20 years and it’s great to be able to help the place that has been so good to me.” 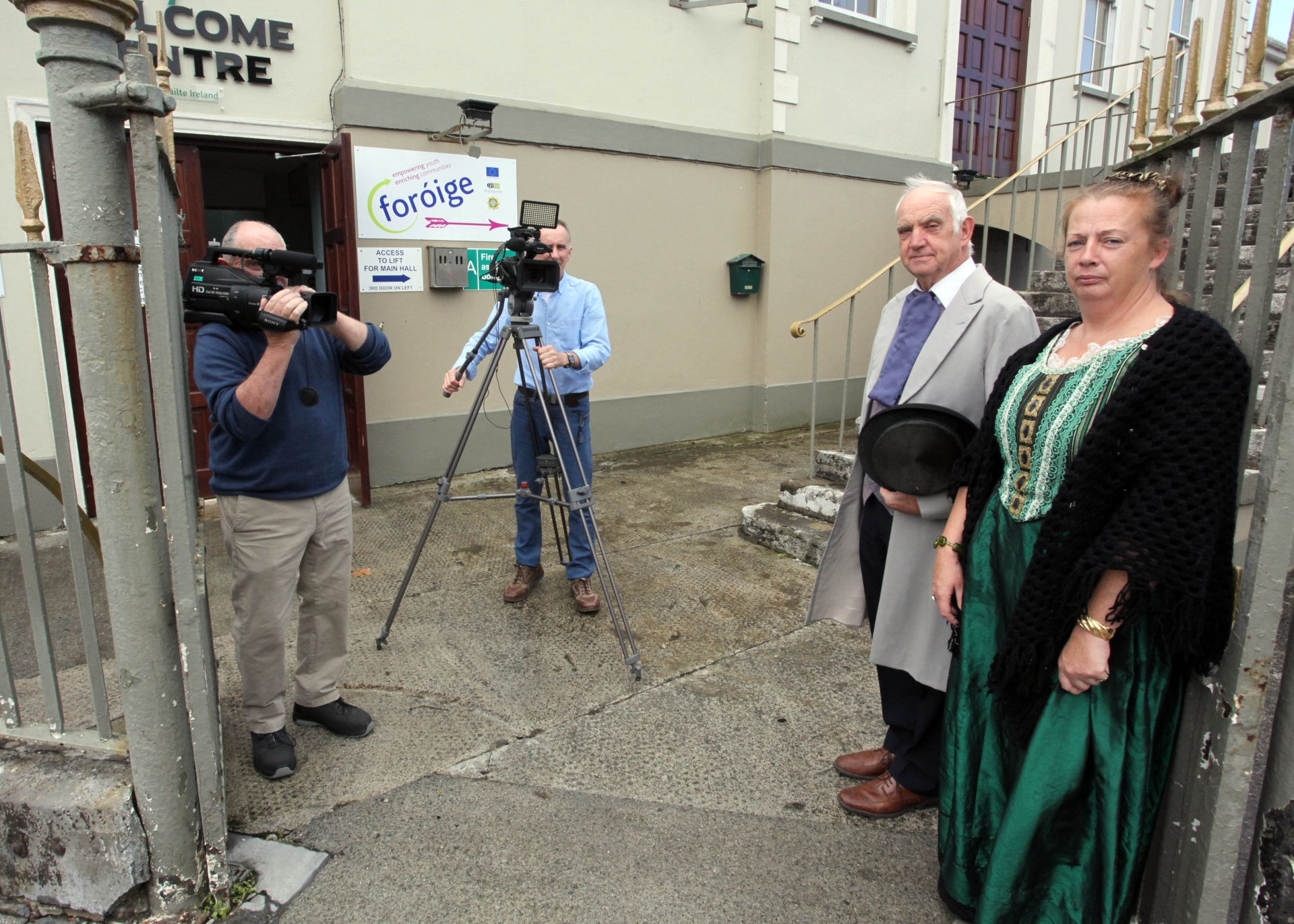 Noel White, who plays Mary’s husband, is also enjoying his role and is very supportive of the project. “It is something positive for Rathkeale. It is a good way to mix the past and the present.”

For Donie, who is being assisted on camera by Willie Balfe, it is a labour of love and one that he expects will take months to complete. But once the film is wrapped, he is looking forward to a gala showing in Rathkeale.

New eco-park a testament to resilience of Limerick community