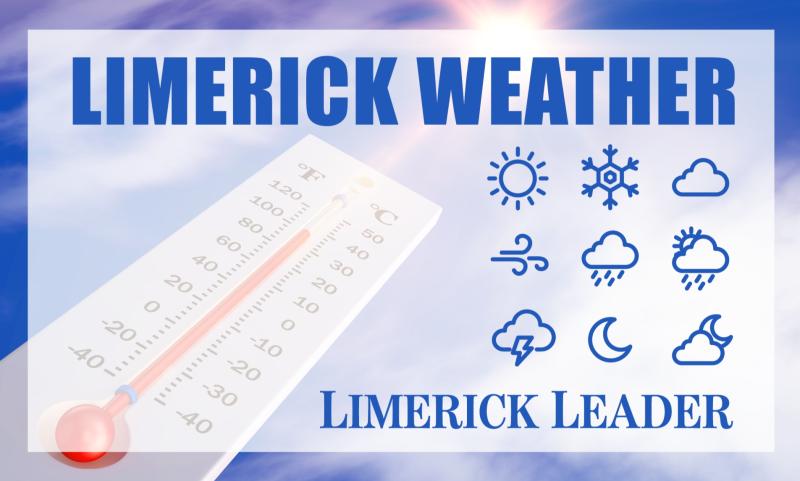 Thursday will be mostly cloudy and misty in some parts, with outbreaks of rain and drizzle. The cloud will start to break up during the late afternoon and evening, allowing some bright or sunny intervals to develop. Highs of 18 to 20 degrees Celsius in light to moderate southwest or variable breezes.

NATIONAL OUTLOOK
OVERVIEW: Continuing mostly cloudy through the rest of this week with outbreaks of rain and drizzle. Cool at first, but becoming a little warmer towards the end of the week and over the weekend, with some heavy rain or showers, especially on Friday and Saturday.

THURSDAY NIGHT: Outbreaks of rain will develop in the west and southwest early on Thursday night, before edging slowly eastwards overnight to affect much of the country by morning. A mild and rather humid night with minimum temperatures of 13 to 15 degrees Celsius in light to moderate southeast breezes.

FRIDAY: Friday will be a wet day with outbreaks of rain, turning heavy at times, especially in the south and west, with a chance of some thundery downpours. Maximum temperatures will range 17 to 21 degrees Celsius, in moderate southeasterly winds, fresh and gusty on exposed coasts.

FRIDAY NIGHT: Outbreaks of rain will continue to feed up over the country from the south on Friday night. Humid, with minimum temperatures no lower than 14 to 16 degrees Celsius. Winds will remain mostly moderate southeasterly, fresh and gusty on exposed coasts.

SATURDAY: After a mostly dull, damp or wet start to Saturday, it will brighten up from the west during the morning and afternoon, although the cloud and rain will be slow to clear in the east and will likely linger all day in some eastern coastal counties. Heavy thundery showers will develop during the afternoon and evening, bringing a risk of spot flooding, especially in the west and southwest. Maximum temperatures of 17 to 21 degrees Celsius. Winds will be mostly light to moderate southeasterly or variable.

SUNDAY: Sunday will bring further showers but they won't be as heavy as those on Saturday. It looks set to be a mostly cloudy day, but some bright or sunny spells may break through over the southern half of the country during the late afternoon and evening. Maximum temperatures of 17 to 21 degrees. Winds mostly light to moderate, northwesterly or variable.

EARLY NEXT WEEK: Early indications suggest high pressure will become more dominant early next week. There will still be a few showers about, but a good deal of dry weather too. Maximum daily temperatures will be up into the low 20s quite widely.