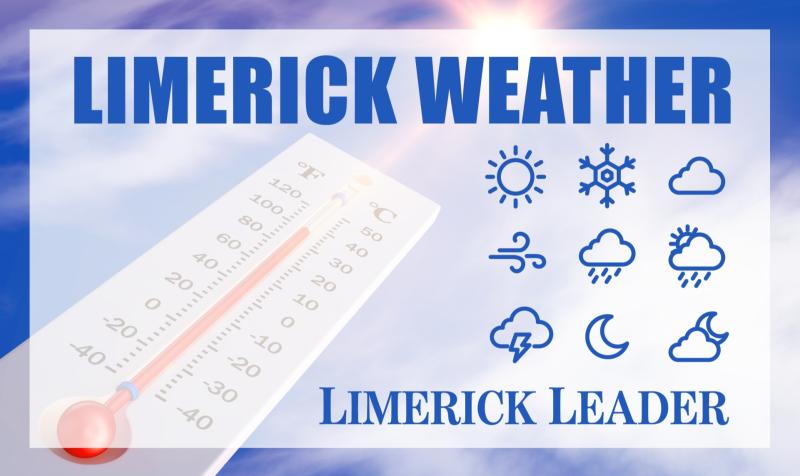 Dry on Monday apart from a few isolated light showers. Some sunny spells but a good deal of cloud about overall. Top temperatures of 15 to 18 Celsius in moderate, and locally gusty, northwest winds. Mildest in the southeast of the province.

NATIONAL OUTLOOK
OUTLOOK: Overall cloudy over the coming days with patchy outbreaks of rain and drizzle, mainly across the north and west at first, but spreading elsewhere later in the week.

MONDAY NIGHT: Cloud or misty with scattered outbreaks of rain and drizzle sinking down from the north; holding driest in the southeast. Humid with lowest temperatures of 11 to 13 degrees Celsius, in a moderate west to northwest breeze.

TUESDAY: Mostly cloudy to begin with light outbreaks of rain and drizzle, becoming largely confined to the north and northwest by the afternoon. Some sunny spells in the southeast and east later where it will feel mild into the afternoon. Highest temperatures of 15 to 19 or 20 degrees Celsius, in mostly moderate northwest winds; coolest for north and west coasts, where northwest winds will be fresh.

TUESDAY NIGHT: Mostly cloudy with patchy rain and drizzle, mainly affecting the north and west. Some mist patches too. Lowest temperatures of 11 to 13 degrees Celsius, in mostly light westerly breezes.

WEDNESDAY: Mostly cloudy or overcast with patchy light rain or drizzle and just light westerly or variable breezes. Some areas will stay dry but with limited sunny spells. Highest temperatures of 15 to 19 degrees Celsius, best values once again in the southeast and east.

THURSDAY: Mostly cloudy with scattered outbreaks of rain and drizzle. Hill and coastal fog in parts too. Some mild or warm sunshine getting through too though. Highest temperatures of 15 to 19 degrees Celsius, in just light variable breezes.

FRIDAY: Current indications suggest it will be a wet day with showery outbreaks of rain sweeping northeastwards over the country, but it will feel fairly mild and humid with highs of 17 to 21 degrees Celsius.