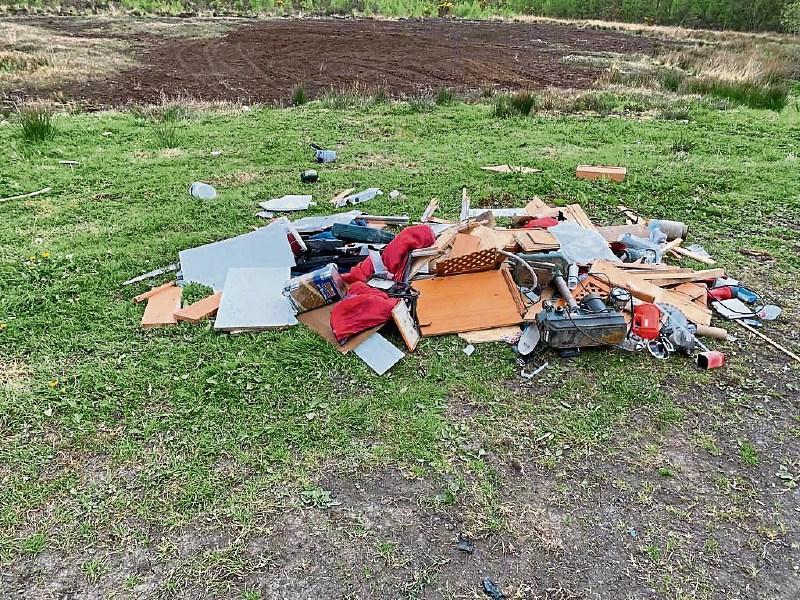 PEOPLE caught dumping in a local beauty spot should be “named and shamed” a Green Party councillor has said.

The Shower Bog which straddles the Limerick-Tipperary border between Castleconnell and Newport, has, Green councillor Sean Hartigan says, seen “van-loads” of rubbish dumped there in recent weeks.

He added in one instance, an individual dumped an old shower and bathtub in the bog after their bathroom was refurbished.

The City East councillor acknowledged some people may leave rubbish there because they might not be able to afford the price of bin collection – sparking calls on the local authority to ensure every house has a bin.

However, he added this isn’t always the case.

“Somebody has to be caught, named and shamed. In a lot of instances, people aren’t struggling. In the case of the bathroom, someone had spent thousands of euro refurbishing it, but they wouldn’t spend a few pound on dumping the rubbish,” he said.

The Shower Bog contains more than six miles of walkway and recreational area, and is home to many different species.

“People are bringing trailer-loads of rubbish in there from both the Limerick side and the Newport side,” explained Cllr Hartigan, “From the Limerick side, there’d be a road across from Daly’s Cross. But there was a barrier put up by the local people on the road going back a couple of years. It’s done a lot to alleviate the problems of illegal dumping. But people can still access from Shower Corner near the Newport Road and the Annaholty Bog Side which is out in Guhig direction.”

Either way, he says the leaving of litter must stop.

“People have to realise we cannot go on and abuse our beauty spots like this. Not alone is the litter unsightly, but it pollutes the environment and is dangerous for pets and other animals,” he added.

Limerick Council is on record criticising the “inconsiderate” actions of a few while Tipperary’s local authority cleared the site when the Leader last highlighted the matter earlier this year.