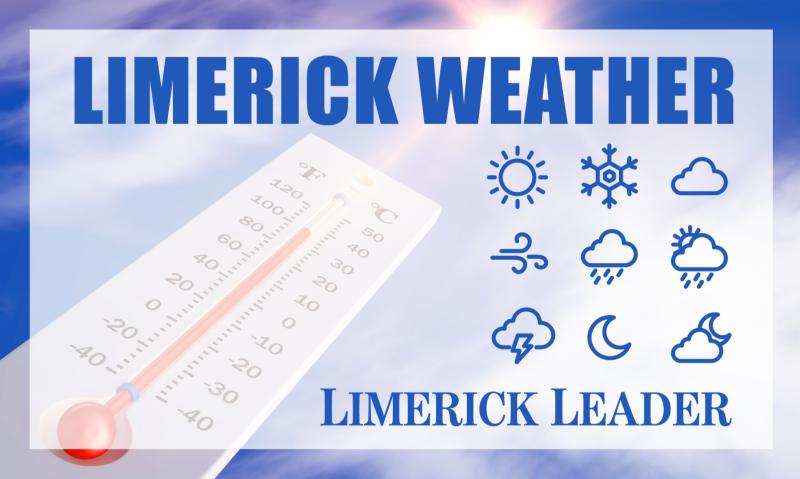 Thursday will see sunny spells and showers, becoming heavy and occasionally thundery in the north of the province, by afternoon bringing the risk of some spot flooding. Highest temperatures of 16 to 20 degrees as moderate to fresh southwesterly winds ease mostly moderate by afternoon.

NATIONAL OUTLOOK
Summary: Unsettled over the rest of the week, the weekend, and early next week with widespread heavy or thundery showers and a continued risk of spot flooding.

Thursday night: Scattered showers and clear spells overnight with lowest temperatures of 12 to 14 degrees in light to moderate westerly winds.

Friday: Bright spells and showers, some of the showers heavy with the risk of thunderstorms. Showers will merge to longer spells of rain at times in Ulster with the risk of spot flooding. Highest temperatures of 15 to 20 degrees, in moderate to fresh westerly winds.

Friday night: Showers of longer spells of rain at times overnight with lowest temperatures of 11 to 14 degrees in mostly moderate west to southwest winds.

Sunday: Little change, with a mix of bright or sunny spells and showers, some of them heavy, with a continuing risk of thundery downpours and spot flooding. However it will be somewhat drier and brighter in the Munster. Highest temperatures 15 to 19 degrees, in mostly moderate westerly winds.

Monday: Sunny spells and scattered showers, but generally not as heavy as previous days. Highest Temperatures of 17 to 20 degrees in mostly moderate northwesterly winds.

Further Outlook: Current indications are for it to remain unsettled and changeable with occasional spells of wet weather for during the rest of next week.