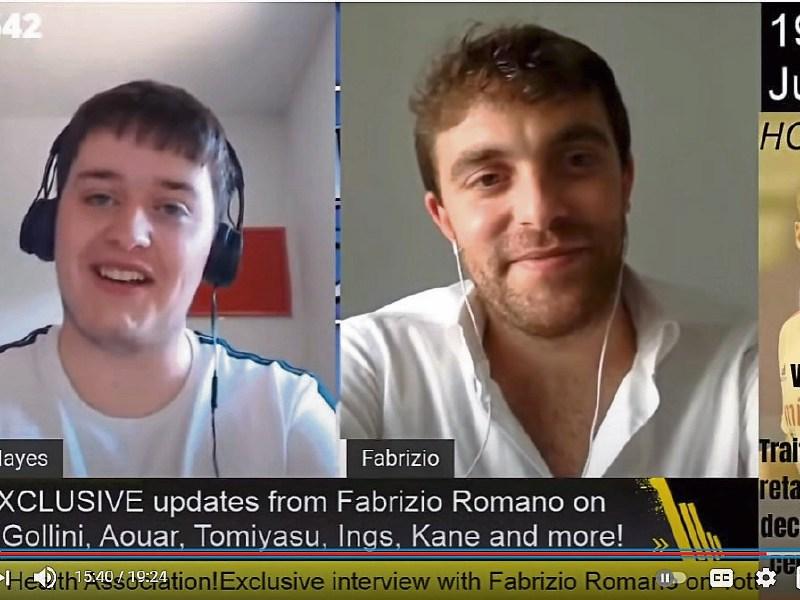 A TOTTENHAM Hotspur superfan from Raheen is in the running for a major award after hitting almost two million viewers on his YouTube channel.

Matt Hayes, 20, has seen his channel Matt Hayes – Tottenham Blog attract almost 11,000 subscribers since its birth in May 2019.

Now, he is bidding to win the title of Best Young Content Creator at the Football Content Awards – and he wants Limerick people to vote for him.

I am voting for Matt Hayes - Tottenham Blog in @The_FCAs for #BestYoungContentCreator.

You can vote for me too - https://t.co/xUdbKO4rUH.

Any shares/retweets and votes are hugely appreciated.

“It’s a Tottenham fan channel. Any goings on around Tottenham, whether it is matches, or transfer news, or the change of the manager, I’d just cover that. For the most part, it’s me giving my own opinion on stuff. But I have a podcast which I run on the channel too. I’d get guests on from other Tottenham channels, other podcasts. If we’re playing a different team, I’d get a fan of them on,” Matt explained.

He even managed to secure an appearance from the respected soccer journalist Fabrizio Romano on his channel.

Speaking of how he managed to persuade the Italian transfer expert – who has 3.5m Twitter followers no less – onto his channel, Matt said: “I was tagging him jokingly suggesting he come on my channel. But then I saw on Instagram, his email address was there, so I just thought why not? I dropped him an email, and then two weeks later, he wrote back to me saying he’d love to come on. Thankfully, I’ve  been able to make him a regular guest on the channel, which is not just good for the numbers, but I feel it adds a lot more value.”

Matt – who works as a senior analyst at Stats – broadcasts to his thousands of followers live and direct from his bedroom which is kitted out with the latest gadgets.

“I always had a bit of a love for journalism, I studied journalism in UL. From the age of 15, I started writing for a Facebook page, and a web site as well. I’d never been that confident in front of the camera. But I remember the week before the [2019] Champions League final against Liverpool, my dad asked why I don’t record something and see what happened. It started from there,” he explained.

Matt became a Tottenham fan following his first Holy Communion, when he was persuaded by his uncle to tell his father Mike – a staunch Liverpool fan – that he actually supported Spurs in order to wind him up.

He kept doing this, and ultimately decided he would keep following the club from North London.

Asked what it would mean to win the award, Matt said: “To be on a platform like this, and say that I am on of the best out there for my age would be a fantastic achievement and one that I could be very proud of.”

A question on a lot of Spurs fans lips this summer is whether star striker Harry Kane – who of course has relatives in Limerick – will stay or go.

Unequivocal in his answer, Matt said: “He stays, 100%. I cannot see City paying that much, especially if they’re bidding for Jack Grealish too.”

He also predicted a top six finish for Tottenham Hotspur.

And to vote, visit: https://footballcontentawards.com/voting. The deadline for entries is August 8.