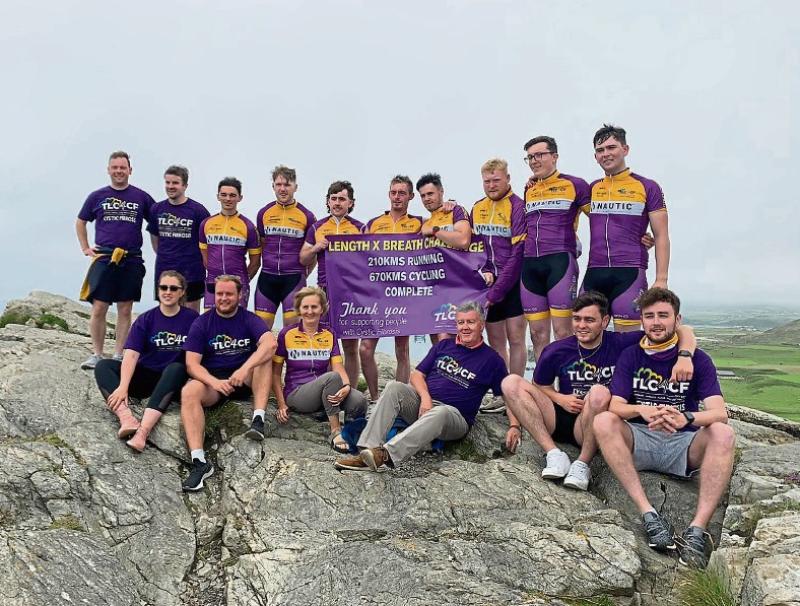 OVER €50k has been raised by the friends and family of a Limerick man who died at the tender age of 21.

A special event called the LengthxBreath Challenge was held in honour and memory of Cathal Scanlon, from Adare, who sadly passed away with cystic fibrosis in 2020. It is a joint running and cycling challenge recently completed by a group of Cathal’s. It was a fundraiser for TLC4CF, the regional cystic fibrosis charity in the Mid-West.

This unique and mammoth challenge involved five back-to-back marathons across Ireland followed by a 670km cycle from Mizen to Malin.

The idea of the LengthxBreath Challenge was to mix the pain which Cathal endured and suffered and his love of cycling. The challenge was completed in his honour and spanned the date that would have been Cathal’s birthday.

The eight lads couldn’t have completed the challenge without a support team backing them every step of the way. More friends of Cathal and his family, particularly his brother Darragh, ensured all the eight had to worry about was running and cycling.

The group would also like to thank the Adare Cycling Club for their support, guidance and support cyclists who joined them on some of the journey through Limerick.

The over €50,000 raised will make a huge difference to TLC4CF (Tipperary, Limerick and Clare for Cystic Fibrosis). TLC4CF was founded in 2008 by a group of parents who wanted to improve local cystic fibrosis services at University Hospital Limerick, including Cathal’s own parents Sean and Carmel. Since that time, TLC4CF has successfully raised over €6 million, mostly through grassroots fundraising, to design and build a dedicated adult cystic fibrosis ward at UHL.