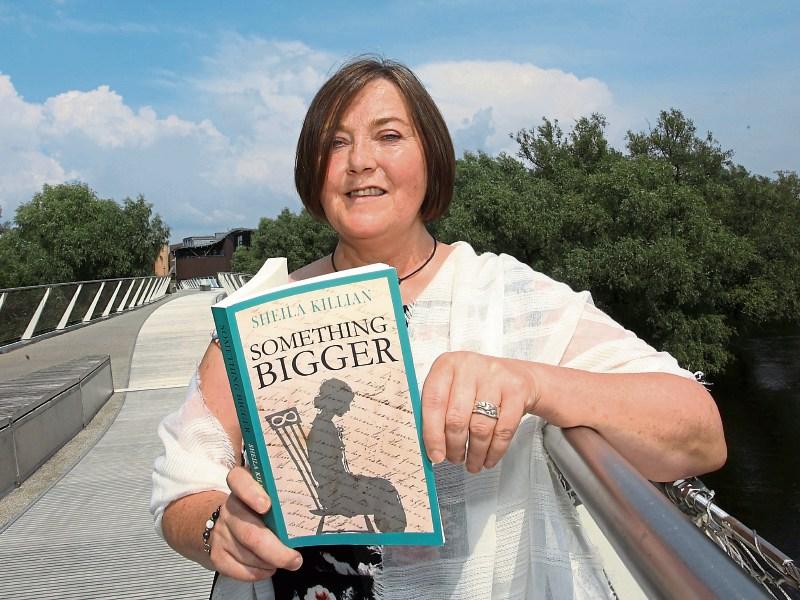 ALMOST exactly 100 years ago, Fr Jimmy Coyle was murdered in Birmingham, Alabama by a member of the Ku Klux Klan. The Mungret-educated priest was shot dead while reading his breviary on the porch of the parish house where his young sister Marcella also lived.

It is a dramatic tale and a dramatic debut for Sheila who has lived and worked for the past 40 years in Limerick and is Associate Professor at the Kemmy Business School in the University of Limerick.

Sheila first heard the story from her grand-aunt Marcella, known in the family as Siss, who returned to live with Sheila’s family in Roscommon in her old age.

“I heard the story as a kid from her,” Sheila says but adds: “Growing up I wouldn’t have known the full story.”

“It was only after she died I started to get curious. I had always written a bit, short stories and poetry and when it came to writing a novel, it was an obvious place to start. Because it is based on history, I did a lot of research. The research was very fascinating. I really enjoyed that.”

As part of her research, Sheila visited Birmingham in Alabama. “It was really a boom city in the 1910s and 1920s,” she says and she found, to her surprise that a lot of the geography, a lot of the places there are “still the same”.

The church of St Paul’s where her grand-uncle was priest was still standing, a brick replica of the wooden one Fr Jim and Siss lived in. And she found all his sermons still there, handwritten in black, hardback notebooks. “They were very eloquent,” she says now.

The trip allowed her to get a sense of the place, its people and its voices. And she found that people still remembered her grand-uncle’s story. “Jimmy was an amazing man, in many ways far ahead of his time, with a real focus on human rights.” He had been very outspoken on social issues, writing letters to the press, while both black and white people attended his church which was unusual at that time

However, at that time, too, 1921, Sheila explains, the Ku Klux Klan were very anti-Catholic as well as being anti-black. And Fr Jim was shot by a KKK member just hours after he had married the man’s daughter, who had converted to Catholicism, to a Puerto Rican.

But, Sheila is quick to point out, her novel really tells the story from Marcella or Siss’s point-of-view while telling Fr Jim’s story indirectly.

“The novel is completely fiction, even though it’s based, closely at times, on real events,” she says. I did a huge amount of research, but there comes a time when you move past that, and the characters take on their own lives. That’s what makes it work as a story, not just as history. It also needs to entertain, to make people feel something as well as make them think.”

“It's tense and gripping and beautifully written in restrained, elegant, crystalline prose. This is a book that I would eagerly recommend to any reader, anywhere,” he said. Liz Nugent called it “compelling, intriguing and skilful while Dan Mooney called it “a stunning reach into the past to explore moments we’re living through in the present.”

Sheila is now well advanced in writing her second novel, which she says, is “completely different”. Meanwhile, Something Bigger, published by Caritas, is now available at O’Mahony’s Bookshop or go online to www.sheilakillian.com /order for a list of other bookshops and suppliers.

Special Masses will be said in Roscommon and in Birmingham, Alabama to remember Fr Jim’s murder which took place on August 21, 1921.