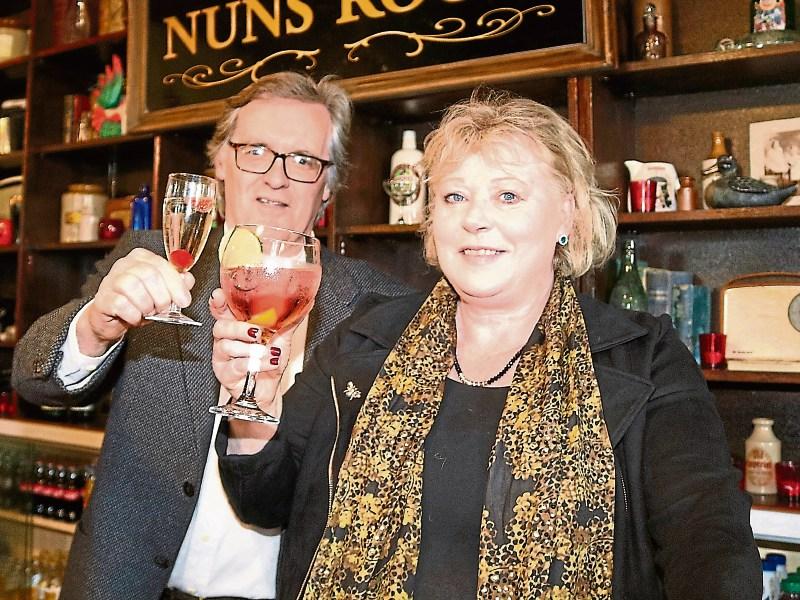 PUBS across the country could welcome customers indoors from Monday but one that won’t be opening its doors is Ireland’s first non-alcoholic pub.

The Nuns Room is part of the Kennedy Rooms and business centre (formerly the FCJ convent in Bruff). The brainchild of John Fitzgerald opened in May 2019.

“We were only open around nine months before Covid hit. It was great, it was a good experience, people found it different. There are a lot of people who don’t drink alcohol or don’t like going to pubs,” said Mr Fitzgerald.

However, he won’t be turning the closed sign around this week.

“It is a small pub. We’d have to take out every second seat and we didn’t think the experience was worth it for our customers. It wasn’t financially viable,” said Mr Fitzgerald, who will review it later in the year along with the Kennedy Rooms.

Their main business is from the private hire of their dining rooms which can accommodate up to 100 people.

“It’s the groups that come to Ireland as a reward for their excellence in their company for a couple of nights. It’s an invisible business. They are taken off on junkets. They come to us maybe for a medieval dinner or a Downton Abbey meal. We haven’t had one of those in a year and a half,” said Mr Fitzgerald.

He hopes to reopen the Nuns Room and Kennedy Rooms in November / December and have bookings for big gala dinners and conferences next year.

Mr Fitzgerald believes we won’t fully understand the impact of Covid on the hospitality industry for a couple more years and points to how habits have changed since March 2019. Including those of pubs owners who were already struggling before we even knew what Covid was.

“You could be driving through a small town or village in a year and you remember there used to be a nice pub there on the corner and you see it is closed, gone, never to open again.

“A small county pub is usually family run – seven days a week, 14 hours a day. If you get out of the habit of that every day – they might have found another job and a world and a life that they didn’t know existed – those people might never go back to it.

“I think a lot of the smaller places once they figure out they can have a life, have a Sunday dinner, sit at home with the family in the evening and watch Coronation Street – all things they couldn’t do before.

“I think there is a dramatic change going on in habits behind the scenes that we have no visibility of for the last year and a half. Pub work is hard work. How many were barely hanging on and some were doing it out of the habit and not covering their costs,” said Mr Fitzgerald.