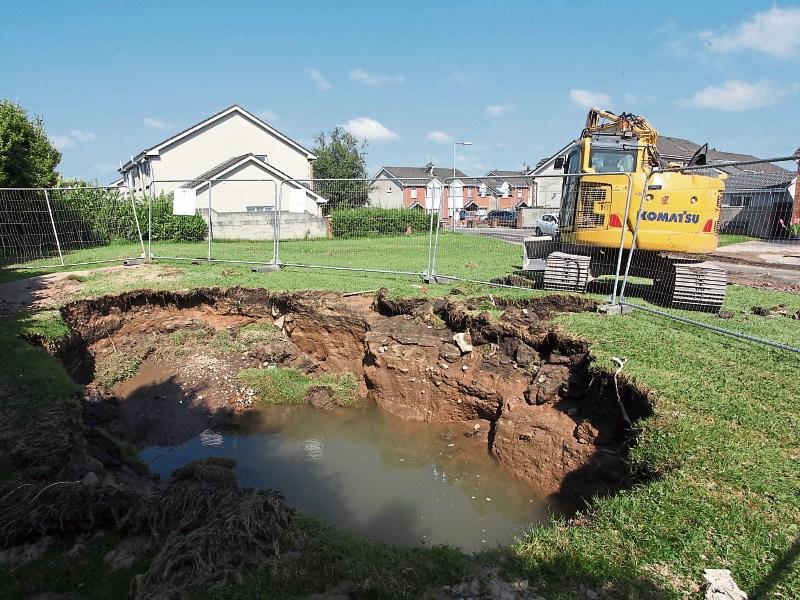 THE water pipe system across Limerick is a “ticking time bomb” that could go off at any moment, it’s been warned.

Irish Water has been urged to deliver a “massive investment” in services across Limerick by councillor John Costelloe who wants a full report into the burst water main at Rhebogue Meadows.

It’s the second time in just five years the estate has been hit, and the Sinn Fein man compared the scenes there to a “disaster movie”.

“Residents were awoken at 3am on Saturday morning due to a burst main which caused damage to a number of houses, knocking walls, destroying gardens and writing off a number of cars also. Large parts of the city including Corbally and Moyross were without water and information was in short supply from Irish Water,” he said.

Local residents described “carnage” in the estate off the Dublin Road, likening it to a “tsunami” outside their front doors.​

“Irish Water cannot go on hoping for the best and crossing their fingers when work is carried out,” he said.

For its part, a spokesperson for the State utility said its staff are continuing to liaise with residents to ensure they’ve everything they need and are given progress updates.

“We understand how traumatic and difficult this has been for the residents and our top priority at the moment is to make the area safe and to support anyone affected by this incident,” they added, “Our technical teams are on the ground assessing the situation to identify what further works are needed to make the area safe.”

Cllr Costelloe said many water pipes are made from asbestos and have a 30 year shelf life.

“There will be many more breakages ahead and putting your finger in the dam like the little Dutch boy won’t solve anything,” he added, warning that someone could have died such was the force of Saturday’s incident in the city.