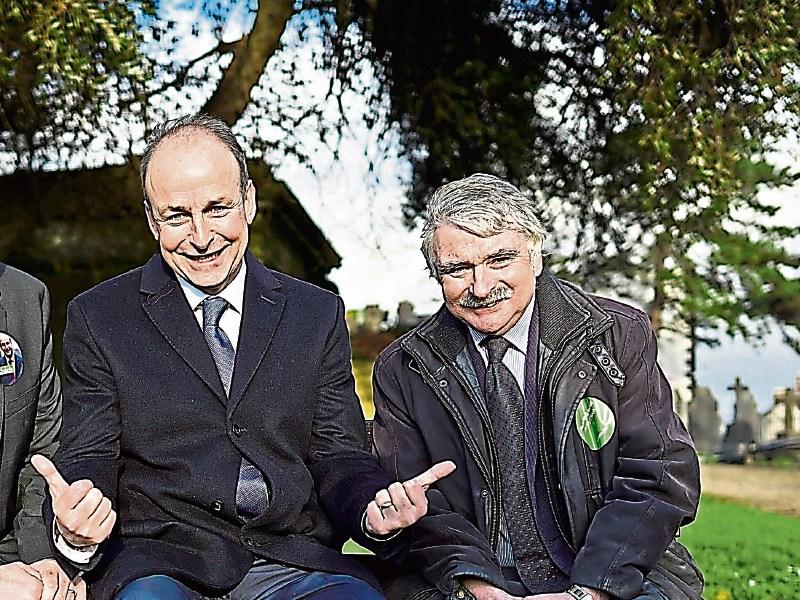 VETERAN Fianna Fail TD Willie O’Dea has refused to rule out signing a motion of No Confidence in party leader, Taoiseach Micheál Martin.

There has been disquiet in the party after its Dublin Bay South by-election candidate Deirdre Conroy slumped to just 4.6% of the vote.

Only one TD, Marc MacSharry has actually called for the Taoiseach to step down, but a number have privately also expressed that view – and there were reports earlier this month of a motion of No Confidence.

Mr O'Dea said he’s not been asked to sign any motion as it stands.

He added: “I wouldn’t sign it at the moment, but of course that can change. We have to just watch the performance of the party in the various polls which will be ran presumably from August onwards. If there isn’t a perceptible improvement in the Fianna Fail situation, we might have to look at it.”

Current opinion polling has the party in third place, behind both Sinn Fein and Fine Gael.​

Mr O’Dea, who is the joint-longest serving TD in the current Dail, having been elected in 1982, said it’s up to younger members of his party to take on the mantle, however.

“I didn’t get into the leadership thing [in the wake of the by-election defeat] and I don’t intend to. I’m a veteran TD, I’m there 40 years. I’ve fought battles against Charlie Haughey down through the years. It’s up to the younger people when I’m long dead and gone. It’s up to them to deal with these matters,” he told the Limerick Leader.

“They’d both have their strengths and weaknesses. Each of them would certainly have a certain amount of support, but I really haven’t focused much on it. I know they are both prominent and would appeal to different people in the party. I’d rate them pretty highly. I’m not going to make a choice between them until I’m asked. Ultimately, I might have to make a choice soon. Who knows?” asked the former Defence Minister.

As for his own plans, Mr O’Dea – who lost his polltopper crown to Sinn Fein rival Maurice Quinlivan in February 2020 – said he will run again in Limerick City.

For more stories from across Limerick, please visit www.limerickleader.ie